Is it wrong to expect unbiased, factual reporting from an organisation that we have no choice in helping to pay for, asks Lord Digby Jones.

IT HAS been a curate’s egg of a few weeks for dear old Auntie. The Beeb has experienced a time that has, for some within its ranks, been good in parts and bad in others.

First up, the bad. Bashirgate. Nothing short of disgraceful and possibly criminal behaviour, compounded by an investigation that fell woefully short of any semblance of independence leads to, years later with all the facts privately known to the appointment executives, the miscreant being made head of religious affairs at the British Broadcasting Corporation. Simply appalling behaviour – and all done with our money. Could someone please explain to me why it should still be a criminal offence not to pay the licence fee when it is funding an organisation that indulged in or condoned skullduggery at best and criminality at worst?

Next up on the bad list is Hartlepool. BBC News had to report not only on the by-election result but also the Tory mayors in Teeside and the West Midlands increasing their majorities and, to really put them off their Wheaties over breakfast in the BBC canteen, the northern Red Wall continuing apace to turn Blue. It was a great spectator sport that weekend watching Maitlis, Kuenssberg, Marr and the like having to report on another famous victory for Boris with faces that would have made the non-cognoscenti think they’d just sucked a lemon.

As the results from Scotland came in, there was little emphasis on the fact that the SNP failed to get the absolute majority it had campaigned for because those opposed to independence held their collective noses and voted in specific constituencies for whomever was best placed to beat them. Savvy psephology or what.

You never hear from the Beeb with an emphasis that would be the norm about Hancock et al how the rollout of the Scottish vaccination programme is lamentably slow and also per capita way behind England. A casual observer might conclude that this is how socialism actually works in practice – or rather, doesn’t.

We have some chums in England who have two daughters – one is 47 and lives in Scotland, one is two years younger and lives south of the border. The latter is about to have her second jab and the former has yet to have her first. Go figure, Nicola. A single-issue government of zealots fixated on an idealistic dream has failed the Scottish people on crime, health and education... and now vaccination.

And then Auntie’s denouement of the curate’s ‘bad in parts’ arrived – Wallpapergate. The prime minister of the fifth-largest economy on Earth, a permanent member of the UN Security Council, the host this summer of the G7, is cleared of wrongdoing concerning who paid the decorators for what at Number Ten. It didn’t exactly shift the Richter scale that evening on the 10 o’clock news. We can be forgiven for wondering what sort of priority would have been given to the story if the verdict had been the other way round. Balance? You’re ’aving a larf.

But the curate’s oeuf also delivered its good news as far as the national broadcaster was concerned – Cummingsgate. There was Dominic Cummings appearing before not one but, contemporaneously, two select committees. For those who were rightly concentrating last year on far more important things (try life and death, for starters) this is the man who decided that the best way to avoid a visit to an optician was to drive 30-odd miles to test his eyes... and as if that excuse for rule-bending at best and rule-breaking at worst wasn’t bad enough, he showed total arrogance bordering on the stupid in that he actually thought we’d all believe him.

Cummings won the gold medal for acting in the best traditions of jilted lovers as he took up some seven hours of everyone’s valuable time in a vituperative discharge of poisonous allegations. When Laura Kuenssberg reported all this on the BBC News that evening, she could barely disguise her glee. All her biased Christmases had come at once. I swear I heard cheering and merry-making in the newsroom, with at least one Sun-esque ‘Gotcha!’.

(Incidentally, haven’t there been a lot of ‘gates’ lately. I have actually stayed in the hotel within the nondescript late-1960s office block in Washington DC that gave the world the most frequently used suffix in politico-media commentary for nearly half a century: Watergate.)

What I crave to see on the BBC News is the same priority given to good economic news as to bad. Nothing misleading, no deceit, just balanced reporting.

Growth in UK GDP (admittedly off a low base) is greater than every forecast at the turn of the year and is the best of the major economies in Europe. Back then the dismal forecast made the news, now the actual (morale-boosting) facts don’t enjoy the same billing. Strange that.

All the businesses of which I am chairman in the UK are doing very well. I am writing this four days into seven days’ quarantine following my attendance in person at several board meetings last week. When I suggested that these relative business successes were due to the chairman I was roundly disabused of the notion. From a Wigan SME supplying products for the construction industry (I could make a poor joke about taking the Road to Wigan... er... Peer, but I shall overcome the temptation) to large-scale beverage manufacturing in the West Country, from financial services in the City to aircraft component logistics in the West Midlands, our problems are a shortage of materials and labour, not low commercial activity or a lack of consumer confidence.

Those are the issues (both encouraging and challenging) we need reported on our television and radio news. Not wall-to-wall coverage of a spat which matters to the Westminster village but to no one else. Who paid for the wallpaper in Number Ten? Clearly the good folk of Hartlepool talked of nothing else – not.

Putting the boot in is what we expect and indeed what we should get from Her Majesty’s Loyal Opposition. But am I wrong to expect unbiased, factual reporting from an organisation that I have no choice but help to pay for? These days I get loads of opinions from Auntie. I want facts, not the opinions of a journalist. 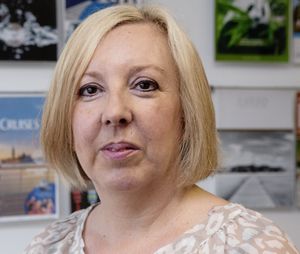 Rush is on to change farmland into gardens

Rabbits in the spotlight on their own day today

Dodd scare – Allen had given up the ghost

Rush is on to change farmland into gardens

Corbyn: ‘Crazy beyond belief’ for UK to enter defence pact with US and Australia

‘Relief’ for campaigner after meeting family she helped flee Afghanistan

Teletubbies reunite for new album ahead of 25th anniversary