States devoid of intent and energy

IT IS enough to make the hundreds who marched through Town demanding rapid and decisive action on the climate crisis despair.

At the rate the States is going, the young activists will be collecting their pensions before anything meaningful is done.

It is now almost eight years since the States produced the Guernsey Energy Resource Plan, which had a vision for 2020 of gradual decarbonisation and generation through low carbon and renewables.

At the time Guernsey vowed to play its part in taking ‘urgent action’ to tackle global climate change through improved energy use.

Where did that urgency go? Little has been achieved in a decade.

As recently as June 2017, Environment and Infrastructure acknowledged that a review of energy policy was long overdue and promised to deliver an up-to-date policy by March last year.

That deadline came and went, as did key pledges to settle the issue of how the island imports hydrocarbons.

Now, with just a few months left of this political term, instead of a policy letter the committee has released a ‘Statement of Intent’ on energy policy.

It is not worth the natural resource it is written on.

Its five pages contain no pearls of wisdom, no clear vision, no inspiration. All it amounts to is numerous statements of the painfully obvious.

If this is a sign of the clarity of thinking and bold decision-making that will characterise the policy letter – to be released ‘in the first quarter’ of 2020 – then we can only hope the rest of the world is doing a lot better.

Perhaps the problem is in the scale of the task. Environment says that the energy market is ‘rapidly changing as a result of many external influences’.

Worse, the ambition is huge. If and when it does appear, the energy policy will be a 30-year plan. In such a fluid world as energy production that is several lifetimes.

A plan must be produced – Guernsey Electricity have been begging for one for a decade – but Environment should scale down its ambitions.

And get a move on. 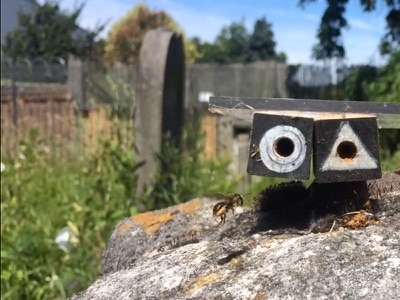