HEAL shows how to bridge the divide

FOR those who despair at the widening gulf between politicians and public, yesterday showed that the divide can be bridged.

The drugs funding decision is a textbook example of how islanders can change political minds.

Within the space of one Assembly, the States has gone from being happy with its drugs policy and opposed to embracing the UK’s drugs whitelist to being one deputy short of unanimous support for change.

Much of the credit for that must go to the pressure group HEAL (Health Equality for All) and to Deputy Peter Roffey, who pushed the case when it was unfashionable.

Yesterday’s closing speeches paid due credit to HEAL for how they had used evidence and respectful debate to win the day.

They also, of course, ran an imaginative PR campaign, including the Cystic Fibrosis Trust’s silent lie-down protest outside the States in July, which caught the media and public’s eye.

Ultimately, a requete was laid, the evidence was gathered and Health & Social Care was duly convinced that the gap between the UK and the Bailiwick had grown too large.

Having had their minds changed, with good grace the committee moved at speed to push through yesterday’s successful policy letter.

The public voices objecting to the secondary school transformation should take note.

The success of the HEAL campaigners came from their organisation, evidence and persistence. This was a grassroots movement that caught the ear of first one deputy then, politely and respectfully, spread through the rest.

If Education’s plans are to be effectively challenged it cannot be left to a handful of disgruntled deputies. Nor can it wait until June for election success. Nor will victory come from misguided personal attacks on a well-intentioned committee and its president.

Evidence and a clear alternative are essential.

For it is not enough to pour scorn on the traffic plans or size of the classrooms. The transformation has begun, the 11-plus went long ago and hundreds of children’s educations are already at stake.

Hoping that a new States will quickly come up with a pain-free solution that costs little, is backed by all and disrupts no one is a strategy based on hope, not evidence. 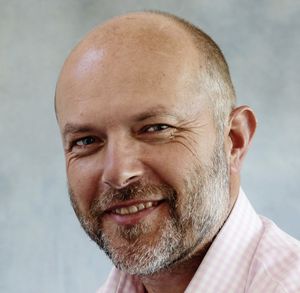 ‘King of Everland’ faces up to two years in prison

Chief minister calls for revolution in education ‘beyond the buildings’

What the papers say – January 23

Wuhan returns to normal as world continues to battle pandemic

Thousands of Hongkongers locked down as coronavirus cases surge

One dead after bus heading to Grand Canyon rolls over