With so much uncertainty remaining over the circumstances that led to the recent resignations within the States, is it really possible to move forward and appoint successors? As governance goes, says Deputy Emilie Yerby, it is hardly ideal

DECEMBER brings with it a strange, sad sense of deja-vu. I don’t mean the sweet poignancy of Christmastime, which is always one of my favourite times of year, but the bitter picture of a States profoundly troubled and at odds with itself.

This year, rather than a motion of no confidence, it is a spate of sudden resignations that has shaken the government and dismayed the island. Quite different events in quite different circumstances. What unites them, if anything does, is the question of how our internal processes promote, or hinder, real accountability.

I am no fan of trial by media – of the leading questions and misleading headlines that imply guilt, when the real circumstances are far more uncertain. I won’t pretend that my role as a deputy gives me an automatic pass to more reliable information – like the rest of the public, I’m dependent on proper reviews being carried out by those who have full access to the evidence, in order to establish what really happened, and to weigh the rights and wrongs of it. We are still a long way from that point.

But what unsettles me in all this is how many important decisions the States will now have to make well before we can be confident that we genuinely know the facts.

When we next meet, in scarcely a week’s time, we will be required to elect a new president of Economic Development. This follows the resignation of Peter Ferbrache a couple of weeks ago over the question of a potential conflict of interest. I don’t need to rehash the story – anyone who picks up the Press regularly will have followed its developments.

An internal audit report has been commissioned to give an objective assessment of what happened. Hopefully, that report will be published. I assume the principal focus will, rightly, be on the decision-making within the office of the Public Trustee – the body at the centre of this issue. But, in order to lay the matter to rest, it will surely also have to make clear whether anyone on the Committee for Economic Development knew of the issue at any stage in the process – or establish, with some certainty, that they did not.

It seems a shame that the president did not choose to step aside from his role during the investigation, as another senior deputy did last year while a Code of Conduct complaint against them was considered. The option of resigning at the end of the process, whatever the outcome, would still have been available to him. Of course, resignation is a very personal decision, and one gets the impression that, for Deputy Ferbrache, this was simply the last straw on a mounting pile of frustrations with the States. But it leaves the rest of us in the position of having to elect a successor without a full understanding of what’s been happening within Economic Development and therefore what kind of leadership it might need to move through this. That is hardly ideal in terms of governance.

The circumstances surrounding the Committee for Education, Sport and Culture are very different to those affecting Economic Development and in some ways much more complicated. The only thing they have in common is that, following the resignation of Deputy Carl Meerveld at the weekend, it seems likely that the States will have to elect someone to fill his seat at the very same States meeting, just a week from now.

The strict momentum of the States’ own processes means that election will take place while two serious, even critical, pieces of information remain unknown.

The first of those is the debate that will take place in January. It could reaffirm the committee’s mandate, with the States approving their plans for three secondary schools and a sixth-form centre. Or it could overturn it dramatically by endorsing the alternative model of two 11-18 schools, to which the committee has become more and more outspoken in opposition.

The existing members of the committee will probably prefer to stay put whichever option the States ultimately chooses – but the outcome of that debate might well alter the field for the empty seat.

The second, of course, is the question of the collective knowledge and responsibility of the committee. We don’t yet know whether Deputy Meerveld is a lone wolf or a scapegoat. At present, this is highly disputed territory, with conflicting statements being issued, Scrutiny calling a snap hearing for tomorrow and the committee itself demanding an internal audit be carried out. But with all that uncertainty still unresolved, how can we move forward in appointing a successor?

These first elections are likely to be followed by another round of musical chairs in January and possibly a period of instability that lasts well beyond that point.

I am in a minority in thinking that the last States did us no favours by reducing the total number of States members from 47 to 40 but, right now, more scrutineering back-benchers and a bigger pool of candidates from which to fill emerging vacancies sounds increasingly desirable.

Politics is an unpredictable sea and, after a few months of calm, constructive work, we’ve entered choppy waters again. I hope the various reviews that are in play are completed swiftly, so that no one is left with question marks hovering over them unduly – that, when it happens, is neither pleasant nor fair. If we are transparent, honest and diligent in dealing with concerns, we may come out of this difficult period stronger than we’ve been before – but, right now, there are still challenges ahead of us and it’s anyone’s guess what happens next. 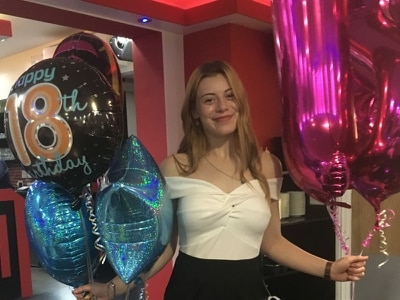