MRS MAY, Prime Minister of the United Kingdom at the time of writing, declared 108 times in the Palace of Westminster that on this day, 29 March 2019, the UK would leave the European Union. I don’t need to drag out The Horacle’s old crystal ball to predict that it didn’t happen.

I doubt it ever will happen.

But Brexit isn’t my topic of the day. I have been struck by the slow transformation of a party-based ministerial executive government into something reminiscent of the States of Guernsey. I’m not the only one who has noticed it. Indeed our own beloved Supreme Leader himself tweeted: ‘This blurring of lines between the legislature and the executive is familiar to Guernsey’s 800+ year old system of government’. Not quite that’s how I would have put it but then he doesn’t have my way with words.

How has the Westminster Parliament managed to take back control from the executive? Quite simply Brexit has broken the party political system. A prime minister who cannot rely on her own party cannot rule even though she wields the power of the greatest state office in the land.

Democracy is a funny old thing. Who was it said that ‘Democracy is the worst form of government, except for all the others’? Probably Churchill, sounds a lot like Churchill. There are, of course, different types of democracy. The Brexit and island-wide voting referendums are examples of direct democracy. We didn’t need representatives to decide the IWV issue for us because we all had a vote.

But direct democracy is rare and, if Brexit is anything to measure it by, that’s a good thing.

Representative democracy is what we are more used to. We vote for a representative, who is then free to either vote as ordered to by party (UK) or as their conscience dictates (Guernsey). In Westminster, we have seen conscience overtake party, resulting in the collapse of the executive.

We are already seeing the consequences in Guernsey. We sort of have an executive and we sort of have two parties. But the executive doesn’t control either party and the party memberships change slightly for every vote. Nor does either party have an absolute majority and ballots are often won or lost depending on which way the odd, dithering deputy decides to cast his or her vote.

Island-wide voting is suggesting to some that parties need to be formed and that any new government will hit the ground running with preprepared policies and a majority in the Assembly. That could work and make government more efficient in pushing proposals through and actually doing things.

Clearly if Mrs May had not lost control of her party to her MPs deciding to do what they think best, then her efficient, executive government would today be celebrating leaving the EU.

We currently have a pretty pure system of representative democracy. Each of our representatives vote as they think best. Which can be very irritating. For instance, in the 2012 election I voted for six successful candidates. My six representatives. But even though I thought they were the right people to represent me, they often voted three one way and three the other, totally cancelling themselves out.

A strict party manifesto with whips would make my choice of 38 candidates much easier going forward. Basically if I could trust the party to hold together then I wouldn’t really need to bother about the quality of most of the candidates, just the three or four leadership team. In fact the party with sheep as the bulk of candidates would most likely be the party that did its leader’s bidding.

The problem we will have is that we will need a sea change of candidates in 2020 to make a party system work. Currently the majority of candidates want to personally make a difference in order to make Guernsey a better place. They are people with conscience and stubborn as donkeys and certainly not sheep.

In fact, even the proto parties prefer to be called associations and openly advertise that each member can vote according to their conscience.

Let’s be totally honest now and accept that Guernsey can only have an effective executive government when it has effective parties which choose their own candidates to make sure the independent thinkers don’t get through.

And let’s be even more totally honest and accept that we quite like representative democracy because it provides its own checks and balances and removes executive ambition, which could drive us to places we don’t want to go. And at breakneck speed.

Perhaps one good thing will come out of the Brexit shambles. Ultimately, when the stakes are high, the fragility of party ideologies become obvious to representatives with a conscience who only want to do the best thing for their country and the people they represent.

Consensus is not a bad thing. Division is not a good thing. We have moved away from consensus government and divided our Assembly and caused division amongst the public. Direct democracy in action in the UK divided the country right down the middle. Representative democracy is now doing its best to achieve a consensus view.

Day by day the Westminster Parliament takes on the appearance of the States Assembly. Individual MPs suddenly morph from being sheep who vote as the leader orders to being representatives with minds of their own.

I know we love to mimic the UK but just this once see how the UK is benefiting by mimicking us. Long may it continue. 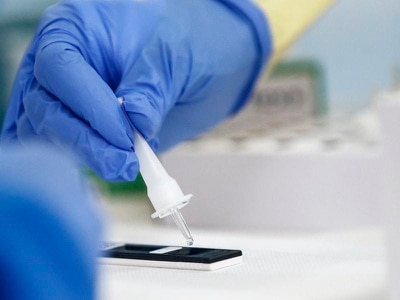