THE world in 2012 was watching the great Arab Spring movement with a growing sense of hope and belief that something great was happening and a new, better order was about to replace the old. Even here, in the centre of the known universe, many were unusually taking an interest in the goings-on of the rest of humanity and not purely focusing on Locals.

Boosted by the positivity flowing in through every media source, we approached the 2012 general election floating on a cloud of optimism. We even labelled it the Guernsey Spring. We would throw out the old order and replace it with a vibrant contingent of new and better politicians who would work together to Make Guernsey Great Again!

Even this professional sceptic and born-again cynic was caught up in the wave of positive emotion and embraced the 2012 election with gusto. My previous experience of taking any active interest in politics ended way back in the 1970s when I voted in two UK general elections and the EU referendum. In case you are wondering, I voted for the Liberal candidate in a strong Tory constituency and No in the referendum.

As you will probably have deduced, none of my votes made a jot of difference to the outcomes. And my interest in politics just drifted away as I concentrated more on making a living despite all the crazy policies created by politicians doing everything they could to make it harder for me.

But in 2012, inspired by the good vibes I was feeling via my newly discovered social media addiction, I actually put myself on the Guernsey electoral roll for the first time in my life. I was determined to do my best in selecting the best from the candidates St Sampson’s could offer and, given I had plenty of time on my hands, was determined to grill them mercilessly – literally, in the case of Kevin Stewart, who I forced to sit for two hours in the blazing sun while I was quite comfortable in the shade – when they came knocking on my door.

As probably the best salesman to ever come out of Guernsey, I was uniquely qualified to recognise meaningless sales patter coming out of the mouths of the hopefuls because I had been there and done that many times over the years.

I was helped in making my selection because this is Guernsey and therefore I had previous knowledge of some of the candidates. For instance, the political newbie, Gavin St Pier, had been a colleague of mine and I’d had a chance of watching him up close and had a pretty good idea of what made him tick. Despite this, I put him down as my first choice.

National Treasure and Friend of Finance Lyndon Trott, though of the old order was, I decided, still of use to this island and, having seen him give of his time and energy to support our economy, deserved my second vote. Peter Gillson came highly recommended by those who I admired and respected, vote number three. Paul Le Pelley sold himself to me as a man of the parish, vote number four. Kevin Stewart, who I didn’t really know except from corporate hospitality events, just bowled me over with his drive and political knowledge. I worked him hard and he stood up to everything I threw at him. Surprisingly, he got my fifth vote.

I thought there was no one deserving of my sixth vote until I saw something in Scott Ogier (remember him?) that I couldn’t see in the other five so I gave him my diversity vote.

These were my Magnificent Six – and I wasn’t the only one to think so because they all won.

But just as the Arab Spring collapsed, so did the Guernsey version. The hope was false and the old order was replaced by a different but no better order.

Indeed, some labelled the 2012 Assembly as The Worst States Ever but that was without the hindsight of knowing that the 2016 lot would lower the bar so much that only a limbo dancer could squeeze under it.

Hey ho, back to my Magnificent Six.

For the next four years in every major vote in the Assembly they invariably voted three pour and three contre. On the face of it once again my votes had generated no change in outcomes, even though all my chosen ones had become deputies. I certainly hadn’t intended for them to cancel each other out, but in retrospect I realised that I had chosen them for their qualities, not their ideological beliefs. But isn’t that the Guernsey Way?

Not only that, most of them actually did great things for Guernsey PLC – even Kevin Stewart, who I never expected to become a minister of a business-related committee and who did it so well. Sadly missed by many in commerce.

I still believe I picked at least four very useful additions to the States Assembly but if I was a political party man and stuck to my party line, then I probably wouldn’t have been able to vote for the best on offer.

In the UK, a straw-stuffed puppet could be elected if it was chosen to represent its party. In Guernsey we have a better way than that. We vote for the candidate, not the party. Or at least that was our way.

Next year there will be at least one political party fielding candidates on a manifesto of sensible broad-brush objectives. Each of which cannot be denied or objected to. There is, of course, no detail. There may never be. Nor a budget of how the aims will be funded and achieved. However, let us assume this party is successful in 2016 and wins 21 seats in an Assembly of 40.

Will one of the party deputies become our president/chief minister, even if he or she is not the best person for that role? Will Deputy St Pier, if he is one of the 19, sit on his very capable hands for four years? Will he even be offered a committee chair or will all those plum, well-paid jobs go to party members?

Will Deputy Heidi Soulsby, if she doesn’t join the party, be denied the opportunity to see her Partnership of Purpose reform through to completion because a less capable head of HSC is appointed because they were elected on the party ticket?

I don’t know about you but I still can’t be sure that parties will work here, given how few seats are required to form an executive government, and shouldn’t we be more interested in the quality of our candidates than the colour of the ribbon they wear? 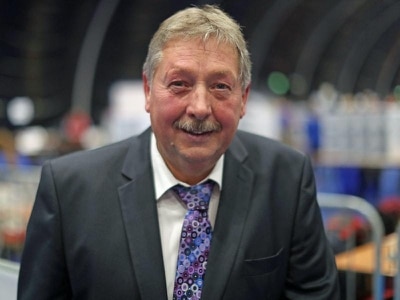