UNUSUALLY, I am going to consider a subject raised by another columnist – the size of our population. I do so because of the importance this subject has to all of us.

For the sake of this column, let’s assume my understanding of his column is correct.

Not surprisingly, that view was well supported. To a greater or lesser degree we all hanker for the days of a smaller population when life was simpler, roads were less crowded, there was plenty of parking on the piers and the summers were all long and hot.

As a concept it is one I expect we can all sign up to, but just how realistic would such a policy be?

The problem we face is the changing demographic – or to put it another way: our ageing population.

The fact that on average we are living longer is good news, something to celebrate and be thankful for. But, like everything in life, it comes with its own challenges which will need to be addressed.

Firstly, I want to note two things which are pretty obvious: on the whole people who are over the state retirement age are less economically active and therefore pay less in taxes than when they are working. The second is that in general as we age, we need more support in terms of care and medical services.

In economic language, and again in general terms, those who are retired consume more services than they fund through taxes. Not surprisingly, this is especially true for those over the age of 85 who generally have the greatest need for additional care and medical services.

I know that a lot of people continue working well into retirement, the statements are not criticisms, just statements of general fact. Providing support for elderly is not a negative thing and certainly not a burden – it is exactly what a caring society should do, and long may we continue providing such care and support.

I am sorry if this now starts to be a bit like ‘double maths on a Monday morning’ but bear with me.

According to the latest figures I have to hand, from the Annual Guernsey Population Projection Bulletin issued in June 2018, and available on the gov.gg website, our current population is 62,193. Of this number 12,090 are over the age of retirement, while the workforce is 30,977.

Or to put it another way, excluding pensions and other services funded out of our social security contributions, it is the taxes of 30,997 people that have to pay for all of the services provided by the States and used by the 62,193 population.

In economic terms this is called the dependency ratio. Currently the ratio is 0.54, meaning that for every 100 people of working age there are 54 who are either above or below the working age.

The official projections are that the number of people over pension age will peak in 2040 at 16,589 people – 4,499 more than today. More people are living longer – which is good news, especially for somebody in their late 50s like me.

These pensioners and future pensioners (like me) already live on the island so if we have a population which is stable at the current level of 62,193 the result has to be fewer people under retirement age.

With the official projections being for the number of school age children to remain constant, the result of a stable population has to be a reduction in the workforce of 4,499 people. This means that services for the full population, and support for more elderly people, would have to be paid from the taxes of fewer in work – 26,478 as opposed to the current 30,997.

However, those numbers do not tell the whole story. It is expected that the number of people over 85 is expected to double by 2034 and treble by 2047. Since this is the age group which typically have increased care and medical needs, this change will be a major challenge for the health and care sector, which will need more people than it employs now to provide the necessary services.

But where do those additional people come from?

If we have a stable population at the current level of 62,193 the result has to be a smaller total workforce; do they come from other sectors, making it more difficult for those industries and services to thrive?

I know that my estimate of the workforce as reducing to 26,478 is a ‘quick and dirty’ calculation and not accurate. The far more accurate estimates contained in the Population Bulletin are of greater concern.

These projections actually assume our total population grows slightly to 63,575 in 2040 but even with that increase the workforce is estimated to decline to 27,785 – just under 2,000 smaller than now.

The question of where we get people to provide our services still remains a valid concern. 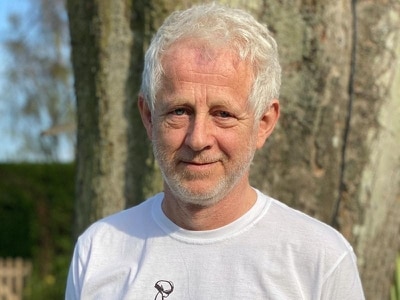 Delivery of HS2 given red warning rating by Government experts 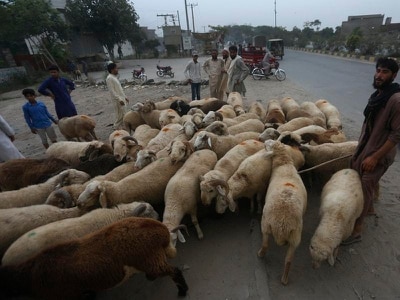