Please tell us where in the world has assisted dying legislation been broadened?

I would like to invite the Churches in Guernsey group to either amend their statement or tell us which of these jurisdictions have expanded or broadened their legislation.

Editor’s footnote: Response from the Churches in Guernsey: In the Churches’ letter that was published on 16 April we noted that ‘over time’ there was a tendency for safeguards to be eroded. Your correspondent responded with the above letter.

We welcome the opportunity provided by this to set out what we were referring to in more detail, highlighting the important implications of the proposed change in the law.

Firstly, our original letter refers to ‘the initial safeguards eroded and criteria broadened to include conditions beyond terminally ill people’. This is not restricted to changes in legislation which your member of the public cites.

Crucially, our letter also talks about changes being made ‘over time.’ Of the list of jurisdictions, California, Washington DC, Colorado, Canada and Victoria in Australia have only made the change in the last year or two, with the effect that the law in these jurisdictions has barely been implemented. Moreover, Montana has no legislation as such and Hawaii’s will not be implemented until next year.

This leaves a smaller group of jurisdictions that we had in view, namely Oregon (assisted suicide introduced in 1997), Belgium (euthanasia introduced in 2002), the Netherlands (euthanasia introduced in 2002), and Washington State (assisted suicide introduced in 2009), where there is scope for the ‘over time’ assessment to which we were referring. It is also worth noting at this point that while the public conversation thus far has been concerned with ‘assisted dying’, the wording of the Requete does not rule out euthanasia (where someone other than the person who will die administers the lethal drug) as opposed to assisted suicide (where someone self-administers the lethal drug), and suggests it may not be a requirement for the person to be terminally ill – making the experience of Belgium and the Netherlands particularly relevant.¹

We’ll now look at each jurisdiction in turn, starting with the European countries and then moving to the US jurisdictions.

Following the legalisation of euthanasia in Belgium in 2002 for adults experiencing ‘constant and unbearable physical or mental suffering that cannot be alleviated’2 (which has subsequently been interpreted as permitting physician-assisted suicide), the law was amended in 2014 to include children experiencing ‘constant and unbearable suffering which cannot be eased and which will cause death in the short term’.3 In Belgium people have been euthanised due to depression4, blindness and deafness5, gender-identity crisis6 and anorexia7. Organ transplant euthanasia has also been adopted although this was not envisaged in the original law.8 In 2013, 1.7% of all deaths were as a result of a hastened death without an explicit request from the patient.9 The Economist recognised that ‘Belgian doctors are unusually ready to administer life-ending drugs without explicit consent, generally to patients who have dementia or are in a coma’.10 In a 2010 BMJ article reporting on the practices in Belgium, the authors concluded that only 50% of euthanasia cases are reported to the Federal Euthanasia Control and Evaluation Committee (CFCEE) and recommended that other countries should facilitate ‘the due care and reporting obligations of physicians’.11 The CFCEE’s 2016 report on the 2014-15 period revealed that in almost 25% of cases, physicians had not followed the proper procedures or taken the precautions required by the law.12

Passed in 2002, the Dutch law allows euthanasia for patients whose suffering is unbearable with no prospect of improvement. There has been a steady increase in the number of euthanasia deaths, which in 2017 accounted for more than 4% of all Dutch deaths.13 Of the 6,585 cases reported in 2017, 169 were for people with dementia; 83 were for people with a psychiatric disorder; and 293 were for people with an accumulation of geriatric pathologies. All of these figures are increases on the previous year.14 Furthermore, studies suggest that there has been significant underreporting of cases (23% in 2010) meaning the true figure is likely far higher.15

In one Dutch end-of-life clinic, 6.8% of those who successfully obtained euthanasia or physician assisted suicide were categorised simply as tired of living; 3.7% reported only psychological suffering. 49.1% of those whose requests were granted characterised part of their suffering as loneliness.16 It has become acceptable for disabled babies to be given lethal injections under the Groningen Protocol.17 In June 2015, the Dutch Paediatricians’ Association recommended that children under 12 should be eligible for euthanasia.18

Although there have not been any formal legal changes to the laws in Oregon and Washington since they have been introduced (NB: as noted above, we never restricted our comments to formal legal changes although that appears to be how the writer of the letter has interpreted what we have said), there have nonetheless been important changes which suggest the erosion of the efficacy of checks in practice and an effective liberalisation.

It is also clear that over time an increasing number of medical conditions are considered as falling within the scope of the law. In 1998 and 1999 there were five terminal conditions listed as causes of death in Oregon’s Annual Report; this has expanded over time. In 2014, 8.6% of deaths were recorded as ‘other’ and included musculoskeletal and connective tissue diseases, diabetes mellitus, gastrointestinal diseases and liver disease, which are not generally considered terminal diseases21; in 2017, 0.7% of deaths were recorded as ‘other’, including ‘deaths due to arthritis, arteritis, sclerosis, stenosis, kidney failure, and musculoskeletal systems disorders’ – endocrine/metabolic diseases (e.g. diabetes) and gastrointestinal disease (e.g. liver disease) now have their own categories, resulting in a further 1.4% of deaths for conditions not generally considered as terminal.22 In Washington in 2017, 3% of deaths were categorised as ‘other illnesses’ which were also described as ‘unknown illnesses’, making it therefore impossible to establish whether the patient had a terminal illness or not.23

The current law in both states applies only to those with a terminal illness and a prognosis of six months to live.

The application of this, however, has shifted over time. Published correspondence with the Oregon Health Authority has recently confirmed that in an Oregonian context a terminal illness is considered as including conditions which, with treatment, may not be terminal. The Oregon official said: ‘The law is best seen as a permissive law, and states only that patients must have a terminal illness with six months or less to live. It does not compel patients to have exhausted all treatment options first, or to continue current treatment. It is up to the patient and doctor to discuss disease and treatment options. But if the patient decides they don’t want treatment, that is their choice.’24 Under such circumstances, someone with diabetes could decide not to continue life-sustaining insulin treatment for their chronic condition, as a result of which it would become terminal and thereby qualify for assisted suicide under the Act.

There are also some very important questions about whether the safeguards in Oregon and Washington are working. Figures from Washington State show that of those patients who died in 2017 in Washington State under the Death with Dignity Act, 56% said that they were concerned that they would be a burden on family, friends/caregivers; figures from Oregon show 55.2% of recipients had the same concern. It is very alarming that anyone should cite the desire to avoid being a burden as a factor in their decision to seek assisted suicide.

That more than 50% should do so is appalling.

Finally, Oregon’s law leaves an unresolved but key question: whether at the time the person takes the lethal drugs it is in reality voluntary, understood and self-administered, since there is no need for witnesses or a doctor to be present.

Oregon changed its procedures on data collections mid-year in 2010 to standardise reporting.

‘The new procedure only collects information on healthcare providers present at ingestion when the physician or another healthcare provider is present at time of death. This resulted in a larger number of unknowns in 2010.’25 In 2017, there is unknown information as to whether someone with medical experience was present when medication was ingested for 89 of the 143 people who died. There is unknown information on complications for 101 of the 143; time between ingestion and becoming unconscious for 105; and time between ingestion and death for 103.26

In summary, given the clear evidence of the erosion of safeguards – be it legal or in practice – in relation to those jurisdictions where assisted suicide has been in place for a good number of years, and where it has been possible to assess the impact of the legislation ‘over time’, there is a clear warning for those who have only recently made assisted suicide legal: it would seem very likely that those jurisdictions will, over time, have a similar experience. Indeed, it would be irresponsible to assume anything other than this and it remains our view that Guernsey should not go down this path.

1 Requête – Assisted Dying, The States of Deliberation of the Island of Guernsey, 7 February 2018, Section 2 (b) and (c)

5 Deaf twins killed by legal euthanasia had to search two years before they found someone who would do it, National Post, 14 January 2013 http://news.nationalpost.com/news/deaf-twins-killed-by-legal-euthanasia-had-to-search-two-years-before-they-foundsomeone-

10 ‘The right to die’, The Economist, 27 June 2015 http://www.economist.com/news/briefing/21656122-campaigns-let-doctors-helpsuffering-and-terminally-ill-die-are-gathering-momentum

15 Onwuteaka-Philipsen. B et al, Trends in end-of-life practices before and after the enactment of the euthanasia law in the

16 Snijdewind M et al, A Study of the First Year of the End-of-Life Clinic for Physician-Assisted Dying in the Netherlands, JAMA Internal 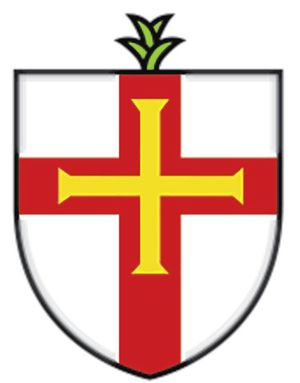