‘Pause and reflect’ is more ‘smash and grab’

I WRITE concerning the ongoing education transformation programme and the upcoming requete debate. I write from the perspective of a parent of secondary and soon-to-be-secondary schoolchildren, also as a watchful taxpayer.

I think it fair to say that the ESC took on a massive challenge when their proposal was accepted in preference to the previous committee’s models, which were considered impractical. However, the last two years have seen enormous efforts, not to mention considerable capital expenditure, and there has been much progress made, the transitional arrangements being well under way.

There have been criticisms from sections of the community recently over implementation of the one-school, two-colleges model, ranging from the reasonable to the downright hysterical and wholly inaccurate.

If you are against the implementation of the 11-18 model and against the committee and teams delivering it, I would respectfully ask you to consider how you got to that position and based on what information.

There has been a terrible creep towards personality politics in Guernsey in recent years, and some savvy individuals within the House are all too aware of the role of social media and the press in shaping public perception, assisted by a number of willing instigators (some of whom will disingenuously tell you that they are resisting change for the sake of the children whilst choosing private education for their own).

If you are one of those opposed to the ongoing changes, I would ask you (again, respectfully) to view the considerable communications from the ESC with an open and constructive mindset, and engage with the presentations as they are offered for the sake of balance.

I don’t mind admitting that I wasn’t a supporter initially, but was impressed by the contrast of this model with the stale and divisive offerings that had gone before. It is worth mentioning that no agreement on any firm model could be made prior to this one being mandated by the States of Guernsey.

I was left bemused by the recent Radio Guernsey interview between Andrea Dudley-Owen and Matt Fallaize in which it became obvious that the requerants would not meet with ESC to discuss their concerns (I hope this has changed), and a cynical observer might conclude that rather than ‘pause and reflect’, the underlying theme of the requete is ‘smash and grab’. It is worth noting the numerous pauses and endless reflection that preceded the democratic approval of the ESC’s model.

I too was concerned when I saw the number of ‘signatories’ in the teaching profession showing concerns with the implementation of the model, though as the circumstances of that ‘survey’ become known, it would appear to be another cynical PR stunt led by a political faction (the timing of its release is telling).

If the ultimate goal of this requete is to derail the ongoing transformation plan (and thus make a train wreck of my children’s education), I think that those leading the charge would be of better service to the taxpayer if they could move on from score settling and attempted coups on the ESC membership and perhaps put their shoulder to the wheel in delivering the democratically chosen system. Perhaps they could turn their considerable PR skills to a more constructive use.

I ask those same members what they would propose in place of this model to provide equality of access and an improvement on the low pass marks that have accompanied state secondary education in Guernsey for decades.

There has been much claim to a majority made by the vocal opponents of the transformation, and I would assert that the majority either support the model or have no feelings either way (many are fearful of showing their support due to the aggressive rhetoric being encouraged), but I am certain the majority would rather not see protracted wranglings and delay, at great human and financial cost.

I suggest that if this requete is successful we will be going round this particular mulberry bush for years to come. 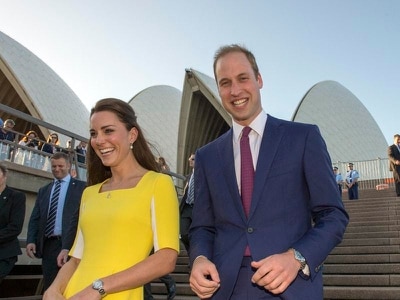