I ATTENDED with an open mind the requete meeting at the Grammar School this evening and I thank them for the opportunity to ask a question.

It was unfortunately though more of an echo chamber, rather than an opportunity for serious debate. The opening statement from Peter Ward immediately set the tone with a singularly biased introduction in favour of the requete, rather than one willing to welcome all points of view from the audience to the discussion.

It was therefore encouraging to hear many concerned parents actually question the purpose of the requete and its consequences. Fortunately, some of the most intelligent questions rose above the nostalgia and pro-selection sentiments.

I was also encouraged to hear that Deputy Meerveld considered the idea of a two-school model as even being possible if the facts were presented to show its merit. I would argue that those facts have already been acquired and presented.

The evening mostly focused on ‘pause and reflect’ whilst acknowledging that the panel had little idea as to any plausible alternatives and what reflect would actually be.

The by-product of this was my question regarding the damage that a delay would cause, and unfortunately again the answers were rather vague and the opportunity to counter them were removed with the ‘single question and remove the microphone’ policy of the night.

It did appear that many in the audience were quite nostalgic sitting in the Grammar School and felt quite attached to the building. Unfortunately, though, their concerns should be more attuned to the rights of future generations of children to a broad A-level curriculum rather than their own distant past and wistful affection.

I found it quite amusing that Deputy Dudley-Owen agreed with a teacher that the children should be part of the consultation. If we were to furnish our children with the ability to vote on such matters, then we should also be asking their opinion on 5G as they’re likely to be its greatest consumer for high-speed TikTok and Snapchat requirements.

The request for a show of hands in favour of the requete and those against by Peter Ward at the end was another laughable attempt to reinforce their own already predetermined views and felt like propaganda. Given the hostility that has been fermented, I was pleased to see that I and others were still willing to raise our hands against the requete.

If I was to ‘pause and reflect’, on reflection I wish I’d stayed at home watching a movie and enjoying a glass of wine, as this was never going to be an opportunity for reasoned debate as it was already heavily prejudiced by the panel’s opening statements.

As an employer and parent, I sincerely hope that deputies realise this requete is a distraction, an electioneering tool and likely a significant disruption to my children’s opportunity for the best secondary education.

Therefore, I implore you on 26 February to vote with wisdom rather than be swayed by populist opinions devoid of factual foundations. 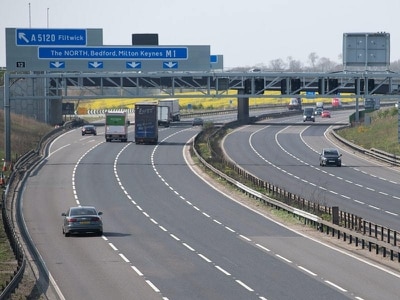