More scrutiny and regulation at GEL needed – not less

AFTER reading yet another newspaper article that Guernsey Electricity Ltd want to change their tariffs, (they have for years it seems, most people I speak to don’t want them to), I felt compelled to write in to join in support of those with renewables. Full disclosure – I am one of them.

We have had multiple price increases in recent years and one in fact to ‘recover uncontrollable costs’ – how on earth was this allowed as it was not any consumers’ fault, just the management of GEL and their policies? Non-insured cable to Jersey that failed, yep we have to pay for that also. GEL are now asking that the States of Guernsey allow changes to their regulation from what is currently an independent body to their owners, yes, the States of Guernsey. The States of Guernsey may like this tack as should the company actually make even more profit by increasing bills yet again, the States will get the lion’s share returned by dividend to them, being GEL’s owners. What you can take from this is that the regulator is likely to be doing a pretty decent job at present and holding GEL to account by not letting them ‘sweat’ their consumers, and GEL are hoping for a way to ‘slip loose’ and basically charge whatever they like, and they would likely be able to get away with being a monopoly energy supplier.

GEL management also really seem to me to have a bee in their bonnet about anyone wanting to install or use renewables, and I was incensed to read that they are, and I quote – ‘keen to avoid inequality’ from those doing so. Utter tosh.

GEL have one main purpose and that is to supply electricity to islanders homes, and it is not for them to try and change society to what they class as ‘fair’ and in my opinion they have fully overstepped the mark using this as an excuse. Mr Bates does not know how the people who have had renewables installed have funded them, nor has the right to try and change the whole island’s tariffs so as to get a few more pounds sterling out of those who have. What’s next in store for tariffs? Will they be likely to rise for anyone who is able to afford and run a pleasure boat? I can’t, so that’s unfair isn’t it by using your logic, Mr Bates, so perhaps they should pay more? The current tariffs you have also give those with electrical central heating a much, much lower unit price than others who don’t have that form of heating, so why should my neighbour get cheaper electricity than I do? Again, that is hardly ‘fair’ – I contribute to lowering C02 emissions, they don’t.

Many of us with renewables installed them to help save C02 emissions being released into the atmosphere by using electricity we produce locally rather than import it or burn oil – and would have sacrificed holidays, not replacing the car for many years or buying a new iPhone every time a new model is released, to be able to afford to pay for them. Just because we don’t use as many units as those without renewables GEL feel we should be paying a bit more, but let me remind you that every unit that we produce and don’t use, GEL get paid for handsomely for by whoever does use it and in return pay less than 50% of that unit price back in return. Again, hardly fair. We also pay the same monthly charges as everyone else, well actually more than those with subsidised heating tariffs…

I personally long for the day when battery storage technology catches up with solar and wind production capacity and owners can store all summer’s produced power and use it in the winter months, ‘off grid’.

The day will come, I just hope it happens in my lifetime.

The new tariffs if allowed to change will be, in my humble opinion, designed to take large standing charge payments from customers first, to then facilitate GEL to be able to lower the basic kWh unit cost price, (attempting to make it appear cheaper than oil or gas for heating and hot water and gain more customers who then convert), and then use that lower kWh rate to be able to justify paying less back to those with renewables who are able to ‘feed in’ to the grid. A side effect of this has to be those customers who use low amounts of electricity will end up paying quite a bit more I’d wager. Watch this space. Keep an eye on your statements, keep them and compare them so you are able to track your electrical usage to be able to make saving and comparisons if the new tariffs are allowed.

GEL would be much better placed concentrating on producing electricity at a just and fair price (just how much are we paying extra for this ‘green’ electricity and why won’t GEL tell us? We pay for it and I don’t ever remember being asked if I agreed) and getting their accounting department up and running properly, bills or statements are frequently late or wrong or don’t arrive at all. Creating new roles such as ‘head of people and change’ is not going to help keep your costs nor our electrical charges down – perhaps it is actually time for more scrutiny and regulation at GEL, not less. 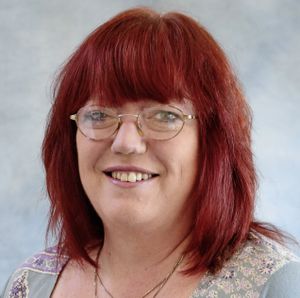 Fundraising to begin for giant ormer statue at Crown Pier

Alderney seeks to engage everyone over Island Plan

Fundraising to begin for giant ormer statue at Crown Pier

Population law is not the hindrance

What the papers say – October 20

Chickens on the run rescued from M25 services