By definition, consensus government is doomed

TEN years ago this summer, 27 deputies wrote a letter to the Guernsey Press commending the island’s committee system of running the States as ‘a very pure form of democracy’ and explaining why – I paraphrase – executive government would be the pits.

Adopting that system ‘would inevitably concentrate power in fewer hands, lead to poorer decision-making, and weaken our democracy’, they said. Specifically, ‘proposals are carried only if a majority of department board members, or a majority of people’s deputies when in the Assembly, are persuaded of their merit’.

Well, so far, so historical, but I was reminded of this last week at Rousse Kiosk when a former, well-regarded States member walked past and said: ‘I’ll tell you in two words what’s wrong with this States: no leadership.’ Not a reflection on Gavin St Pier, you understand, but an acknowledgement that the Assembly is rudderless.

Take a closer look at that 2009 letter and it very clearly sets out how dependent on individual behaviours the success of our States system really is:

‘Consensus government ultimately relies on deputies working in a collegiate, collective manner, which encourages compromise and pragmatism, and militates against extremism. Consensus government requires deputies to act and vote according to their conscience on every item of policy, something which we believe is very healthy and worth retaining.

‘Politics within a system of consensus government is generally more independent, transparent and democratic. It tends to foster a closer, more direct relationship between States members and the people who elected us – our parishioners. It makes politicians more directly accountable than is usually the case in a system of executive government.

‘It is also evident that our system of consensus government has contributed significantly to the relative stability and prosperity of our island over many decades.’

Read it quickly and you get the warm, patriotic glow intended. This is what makes Guernsey great. Only a fool would mess with something like that, eh? Without consensus, we’d be on our uppers and utterly out of touch with the electorate.

Hang on. We’re already pretty skint. The parishes are in open revolt against a discredited Island Development Plan and, since actions speak louder than words, we can see the only people the States cares about are minorities.

That’s why my Mrs Sebire to the Vale is so angry. She, and many others, genuinely believe Guernsey is now for the few, not the many, and their standard of living has steadily declined since 2008. Thanks to the States, naturally.

Meanwhile, the number of civil servants on more than £80,000 a year ballooned by 37 last year and there’s nearly 300 of the blighters on film star wages now. But then they run the island, so what can you expect?

It’s why there was such a majority for island-wide elections, despite the establishment trying to weight the referendum process against it.

Go back to that 2009 letter again, though, and you can see that it sets up its own failure: ‘Consensus government requires deputies to act and vote according to their conscience on every item of policy…’

Which is why education, the number of schools, and the fate of the Grammar School remain a live issue, stoked up by Deputy Carl Meerveld as he launches his 2020 re-election campaign early.

How can this be? The future of education was debated to death and clear instructions given by this Assembly as to what should happen next. Yet, zombie-like, it’s crawling out from the pit of States deliberations to which it was consigned.

But because every item of policy – as a matter of consensus government faith – has to be voted on according to conscience, anything contentious remains live, as with education.

In other words, there is no mechanism by which the States can take a decision, bank it and move on.

Before ‘worst ever’ became islanders’ epitaph of choice to describe the various Assemblies, there was another phrase: yo-yo or flip-flop government, for its enthusiasm for taking a decision and then overturning it later. Like schools, perhaps.

So it’s easy to see a lack of leadership as the root cause for the States’ present predicament. When you’re reliant on whatever a fractious and divided Chamber will put up with on any given day, and with no concept of collective responsibility, strange things are going to happen.

Which is why Mrs Sebire wonders what the States have ever done for her and why they want to rip up those lovely granite setts in the High Street.

Where are the policies to help her creaking household budget or give her kids a chance of ever buying a place of their own?

But since States members don’t want to be led and relish bickering and squabbling over every item of policy, a lack of leadership can’t be blamed. Instead, knowing what’s needed to make consensus government work – collegiate, collective working, encouraging compromise and pragmatism – we have to turn to a rather old-fashioned word to understand the problem: discipline.

Without executive or ministerial government, and in the absence of political parties to whip members, there is nothing to bind the Assembly to any particular line or pursue initiatives that benefit the whole community. Guernsey’s Mrs Sebires, after all, are not as vocal or well-organised as the single-issue lobby groups that have so driven the various strategies of the last few years.

Ultimately, although sometimes for the right reasons, States members aren’t able to exercise the self-discipline or compromise essential for consensus government to work. Which is why we’re in the latter stages of watching the system fall apart.

Theoretically, next summer’s general election could see a new Assembly prepared to bring consensus government back from the brink, but it’s an outside bet at best.

Instead, things will have to get much worse before we reluctantly accept that consensus government is a post-war anachronism now long past its sell-by and replace it with something tailored to today’s very different times.

The signatories of the 2009 letter: 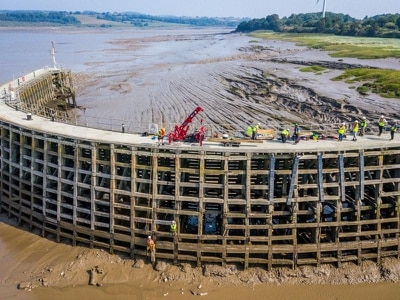