THIS summer, while the sun has been shining and the school holidays have kicked in, a number of seemingly unrelated stories and developments have surfaced, the combined consequence of which haven’t received too much attention. 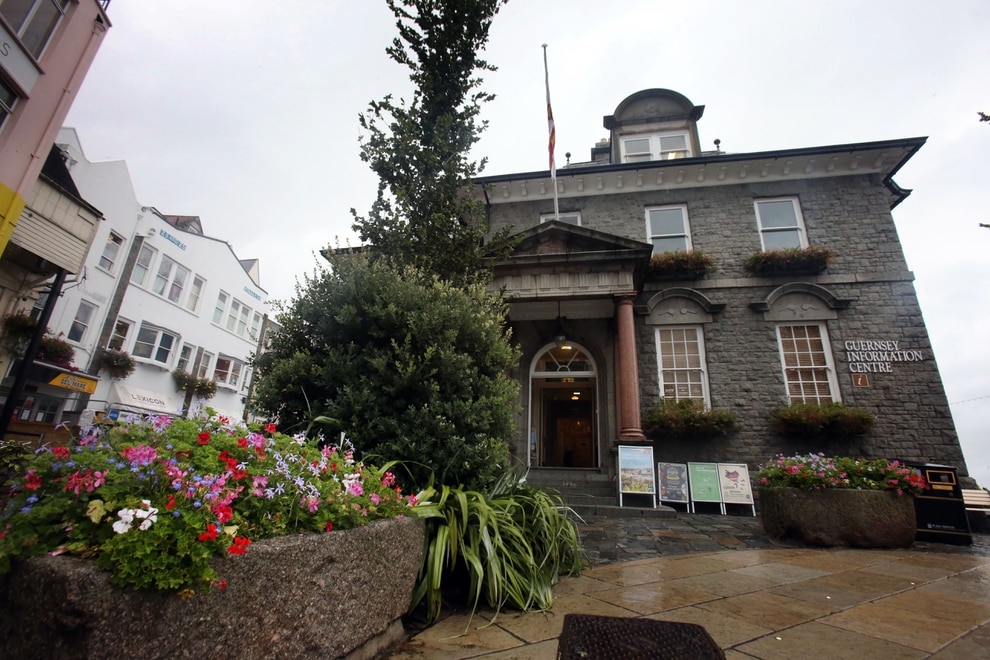 The Seafront Steering Group rejected a proposal to turn the Guernsey Information Centre into an arts venue. (25435416) The announced sale by the States of the former income tax office will put an end to plans to create a Victor Hugo centre in the building. (25435371)

The issues I’m referring to are the rejection by the Seafront Steering Group of David Ummels’ iconic arts venue proposed for the Guernsey Information Centre and the announced sale by the States of the former income tax office, which will put an end to plans to create a Victor Hugo centre in the building.

Whilst these initiatives appear to be arts and culture-related, in fact they should be seen as economic development projects. I’ve been a strong and vocal advocate for the conversion of the Guernsey Information Centre into an arts venue.

As proposed, this project had the potential to help diversify and redefine Guernsey’s tourist offering, to act as an economic fillip and to help kick-start rejuvenation of the seafront and Town centre.

The Victor Hugo centre, in a like manner, could have added an additional attraction and year-round reason for visiting Guernsey, bringing to the island a new type of tourist with the corresponding injection of ‘new money’.

The above decisions were made in the shadow of the announcement that the Guernsey Retail Group is being set up to help promote and stimulate retail activity in the Town centre. It’s no secret that traditional bricks-and-mortar retail is struggling. The advent of internet selling is starting to bite and bite deep. Consequentially, Guernsey’s Town centre is experiencing a gradual decline in retail activity and retail offering. My wife splits the year, spending about six months each in Australia and Guernsey. This year she returned and was greatly disappointed upon discovering that since departing in October last year several of her favourite boutiques had closed. Those remaining, I’m reliably informed, have a thinning stock selection and appear to be struggling.

Don’t get me wrong, I commend the initiative of enlivening the Town centre to encourage patronage and retail spend but, in the end, this is an initiative largely aimed at encouraging local residents to ‘spend their Guernsey-earned money in Guernsey’. What is sorely needed is an injection of new money and new industry.

The iconic arts venue and Victor Hugo centre had the potential to help transform the seafront and Town centre into an arts and culture precinct. The international experience associated with arts and culture-led city revitalisation is that vacant proximate retail premises come to be occupied by private galleries, new hospitality and retail offerings. In addition, landlords are encouraged to invest in their buildings, which in itself helps drive jobs growth and economic activity. I truly believe that the above two projects were a once-in-a-generation opportunity that have sadly been let slip, or, in the words of Deputy John Gollop, ‘an opportunity wasted’. Unless the States is prepared to back itself on initiatives such as the above, I fear that we will see continuing deterioration of economic activity in the Town centre and seafront.

Adding to my concerns, I recently received a copy of the report by the Committee for Health & Social Care entitled ‘Joint Strategic Needs Assessment for People Over 50’. The report is an excellent window into the future needs of the islands’ ageing population. Presently more than 40% of Guernsey’s population is over 50 and this is projected to continue to increase over time. The report further notes that Guernsey’s population is forecast to increase to a maximum of 64,000 by 2034 and then start to decline to 59,000 by 2065.

The above is a concerning insight into Guernsey’s future because it means that the number of economically active Guerns will be declining just as the dependency needs of pension age residents will be exponentially increasing. What this means for retail and the Town centre is a gradual decline and unless something is done to introduce new reasons for visitors and tourists to visit and spend, what I call ‘new money’, Guernsey’s Town centre will slowly but surely deteriorate and decline.

The time is now for the States to get emboldened and to loosen their purse strings and start backing infrastructure and economic development initiatives. The iconic arts venue was thwarted because, in part, it called for a modest amount of government investment to refurbish the Guernsey Information Centre. In my opinion, the return on investment would have been tenfold in redefining the island and in encouraging revitalisation of the seafront and Town centre. If the art gallery failed, at worst, given that David Ummels had generously offered to underwrite the venue’s operating costs for three years, the States would have been left with a fully refurbished waterfront building.

The island has been well served by a progression of financially conservative Assemblies who have prudently overseen cautious and balanced financial budgets. However, in light of the struggling retail sector and demographic projections of HSC, it’s time to recognise that the economy is running below capacity and hence it’s time for government policy to aim at stimulating economic activity through responsible fiscal expansion and review of the island’s population policy. The States can play a bigger role in stimulating economic activity by backing infrastructure projects and initiatives that will help address the threats of a future economic demise that the current demographic studies and lived experience is telling us is a short odds possibility.

I’m no ‘doomster or gloomster’ – quite the contrary, I believe Guernsey has a vibrant and exciting future, but it needs to get on with it. The States’ 2018 Economic Development Strategy is full of options, yet there is a sense that when the ideas finally work their way to the decision-making table requiring the States to put its money ‘into the game’, they balk for fear of failure or criticism.

Fortune favours the bold and so it is with Guernsey’s economic future.

It’s time for the States to get brave and to back themselves by loosening their purse strings on projects and initiatives that have the potential to redefine Guernsey’s economic future.

. Dr Stretch Kontelj permanently resides in Guernsey but is originally from Australia of Slovenian heritage. He is a former mayor and councillor of Greater Geelong, a city in Victoria, Australia, of some 250,000 people.

He is vice chairman of the Guernsey branch of the Institute of Directors and takes a keen interest in local politics and community affairs.

Salty lake and ponds could be gurgling beneath Mars South Pole