State prosecutors had called for the pair’s names to be banned from the trial of Michael Avenatti.

The New York trial of Michael Avenatti will begin next Monday, with the 48-year-old charged with trying to extort between $15 million and $25 million (£11.49 million – £19.15 million) from apparel giant Nike.

The case is likely to involve evidence setting out how Avenatti has become well known as a lawyer.

Avenatti rose to fame representing Ms Daniels in her battle to be released from a non-disclosure deal she had signed regarding an alleged affair with Mr Trump.

The judge said nothing would make him happier than to keep their names out of the trial.

“But I can’t pretend there was sort of an immaculate conception here where Mr Avenatti suddenly became this incredibly public lawyer magically,” he said.

Judge Gardephe said he had tried to think of a lawyer with more notoriety than Avenatti but could not.

“We’re deeply troubled,” Mr Richenthal said. “This case has nothing to do with politics in any way, shape or form.”

Avenatti has repeatedly spoken out against the Trump administration and the Justice Department, saying he was targeted for criticising the president.

Besides the Nike case, he also faces trial in April on charges of cheating Daniels out of book deal proceeds, and another trial in May on charges he cheated others out of money, including clients.

Avenatti has pleaded not guilty to all charges.

A week ago, he was arrested in Los Angeles on allegations he violated the conditions of his bail by moving money illegally after his initial arrest last spring.

On Wednesday, he sat in court in his prison blue uniform and orange slippers, as he studied documents and passed notes to his lawyers.

His trial, in New York, is expected to last up to three weeks. 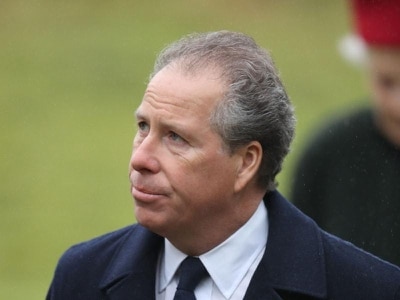