Izzy gets the perfect send-off

INDIES LADIES fought back from falling behind early on to retain the Women’s ‘Upton’ shield and give their captain Izzy Gingell a perfect send-off on Saturday. 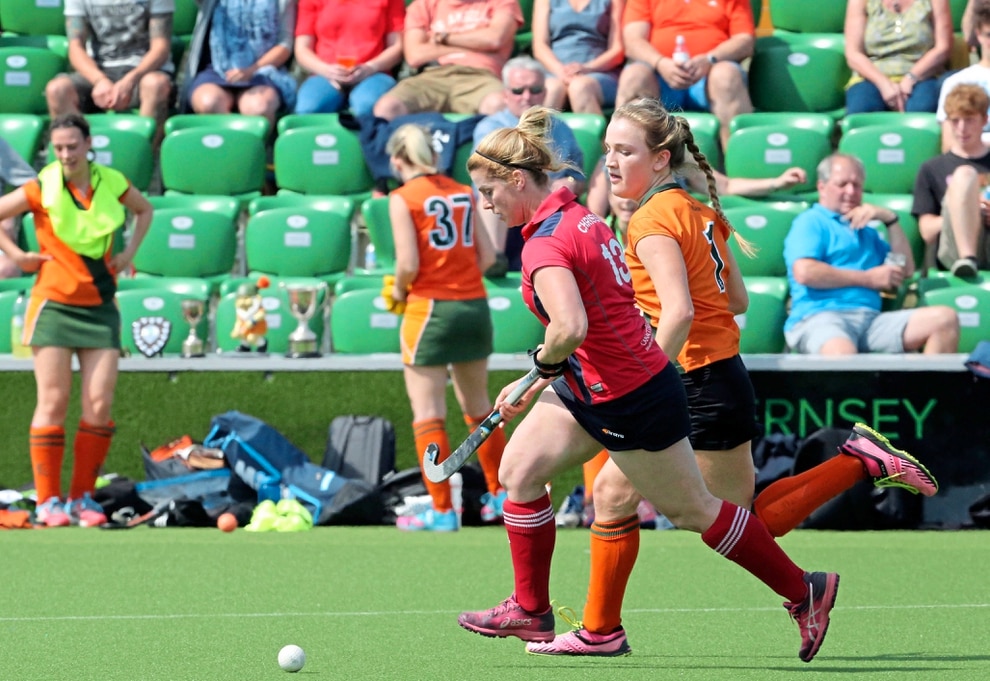 Player of the match Chrissie Helmholt-Kneisel brings the ball forward for RWB. (Picture by Steve Sarre, 21253480) 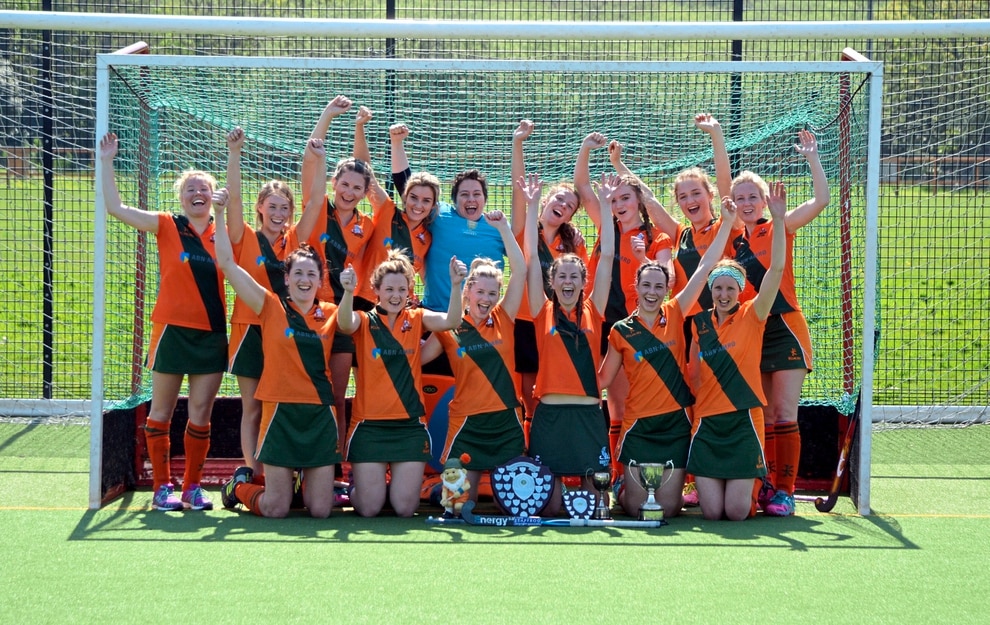 In an exciting match befitting of the occasion played in glorious sunshine and energy-sapping warm temperatures, visiting Jersey champions RWB started much the brighter side with Indies looking nervous in the early exchanges and it was no surprise when the team in red took the lead in the fifth minute when Sarah Heelis’ shot made it over the line, despite the best efforts of a covering defender to keep it out.

That goal, though, kick-started Indies into action and the game became more even with the home side finding an equaliser right on the stroke of half-time when Gingell stepped up to convert a penalty flick.

Indies began the second half strongly and went ahead for the first time on 45min. with Bianca Symes scoring a fine goal with island teammates Amy Sharpe and Liz Dudin heavily involved in the build-up.

A pivotal period of the match came when Indies goalkeeper Emma Atkinson made three top-quality saves in quick succession – the middle one from Heelis particularly outstanding – just moments before Tasha Symes extended their lead at the other end.

Player-of-the-match Chrissie Helmholt-Kneisel reduced the deficit with five minutes remaining, but Indies held on for a 3-2 victory.