Strong breeze has suited the Sarnians

IT IS hard to believe that the sailors were made to wait for the wind to increase before resuming their competition yesterday morning. 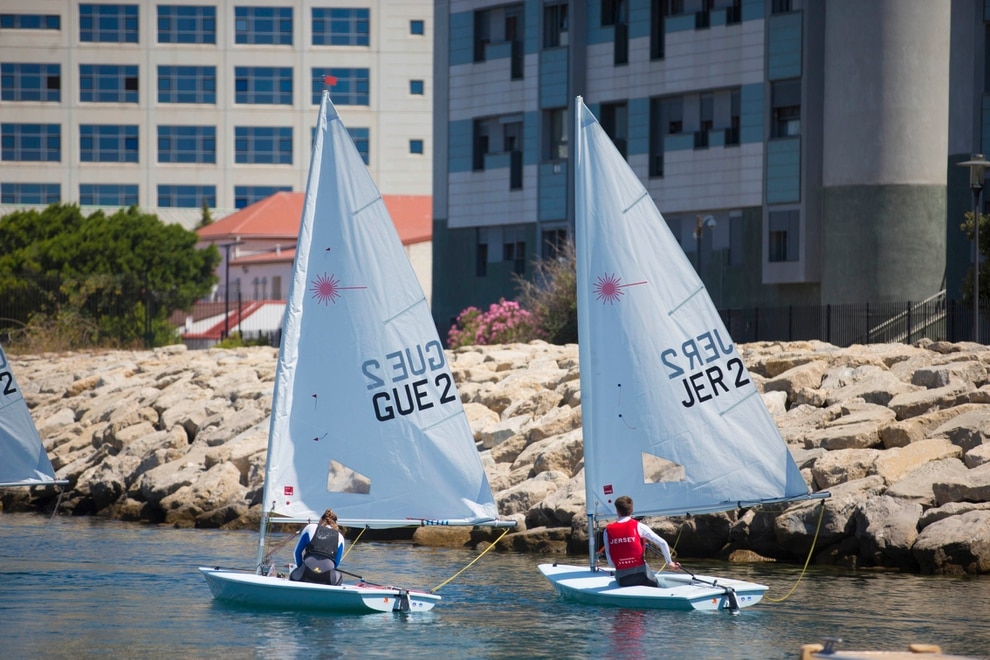 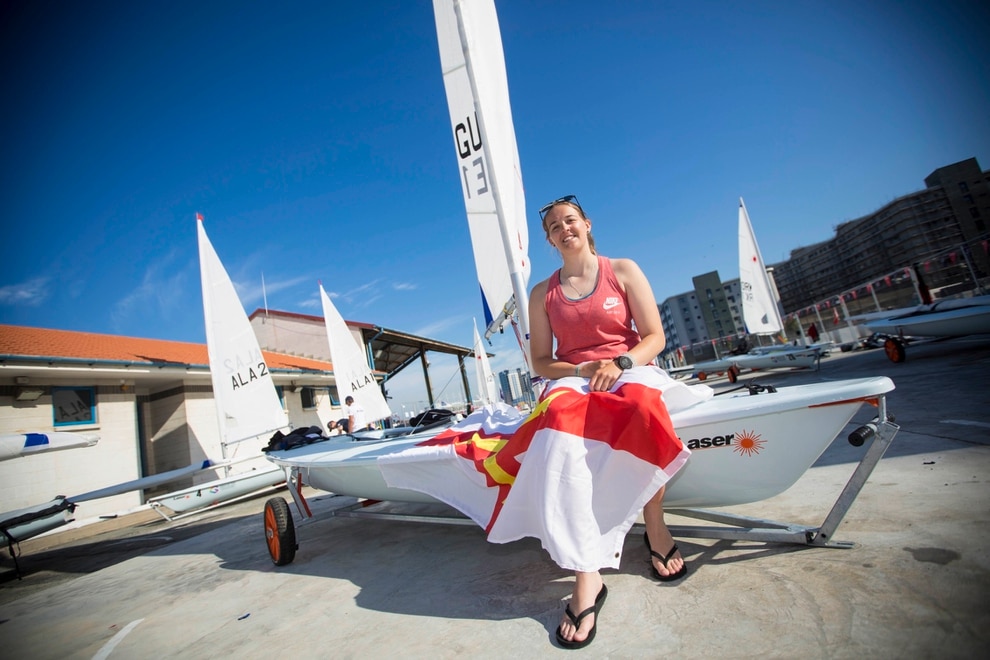 Since arriving on Gibraltar it has been blowing forcibly, until the middle of the week when it has dropped off significantly.

However, that gave Guernsey’s sailors the chance to reflect on a job well done so far with Clem Thompson leading the way in the Laser Radial standings before yesterday’s solitary race, which she went on to win to increase her lead, while Andy Bridgman was doing likewise in the Laser Standard.

Guernsey, whose other sailors are Games debutante Ellie Tanguy and team manager Dave Aslett, were sitting in silver position in the team event, too.

‘Conditions have been quite tricky, especially racing directly under the Rock, there are these massive wind shifts and stuff, but so far I’m still in gold but the person behind is very close so it’s all to play for. It’s going to get a bit intense I think over the next two days.

‘I was expecting the westerly sea breeze, but because of where we are racing it’s actually funnelling in more southerly and it’s making it very shifty so it’s a bit different to what I expected.’

She added that the standard of competition was very good at the top end.

As for team morale, she started to answer in the positive until breaking into a chuckle while glancing at Tanguy working on her dinghy.

‘We are having our difficulties – this boat [Ellie Tanguy’s] is actually leaking, which is not psychologically very good – while Saaremaa are really pushing us and Aland as well, but it’s good fun,’ she said.

Tanguy was in buoyant mood despite having suffered from a sore throat the day before.

‘We’ve had pretty good breeze, it’s been quite strong all week so far.

‘Both me and Clem in the radials have been doing pretty well – Clem has been absolutely smashing it – and the boys have been having really successful results as well.

‘[Tuesday] was the first proper tricky day, the conditions were a bit more challenging and myself and Dave struggled a little bit, but we’re all pretty happy with how it’s going.

‘It’s been a lot breezier than we thought it was going to be. Even the Gibraltarians themselves have said it’s unusual to be this breezy but that’s nice. I quite like the breeze as well, so I’m happy.’

Tanguy has also been enjoying her first Games experience.

‘The community thing is nice – I’ve got to know all the sailing lot, there’s only four or five girls and it’s been nice to get to know them as well.

‘We’ve sort of bonded over the fact that we’re the only girls because normally with the radials we sail separately.’