GUERNSEY POST BLASTERS delivered the goods in a fitting conclusion to the CGWM Inter Firm Relay on Wednesday. 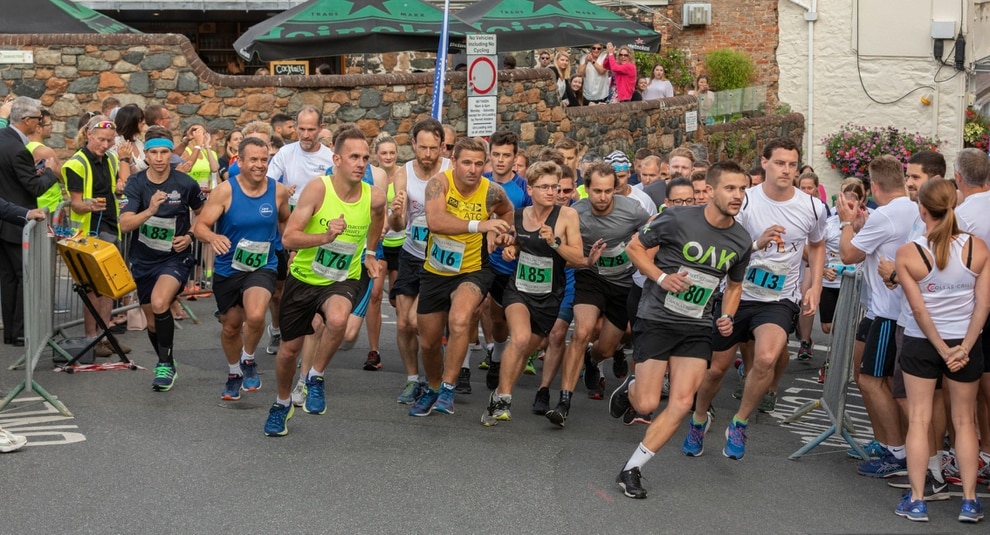 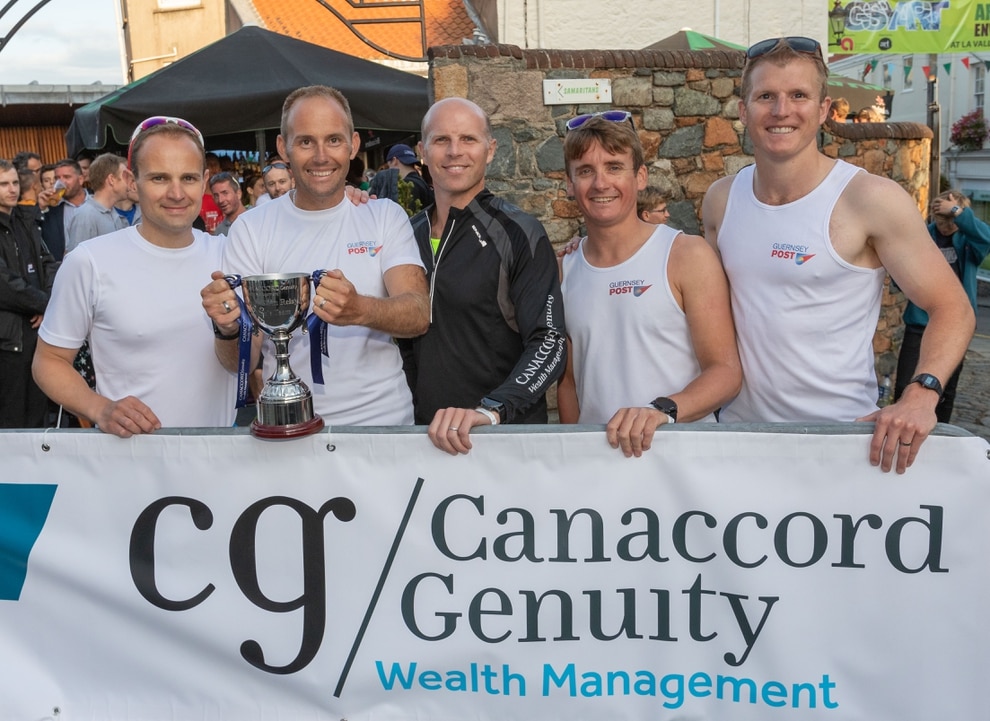 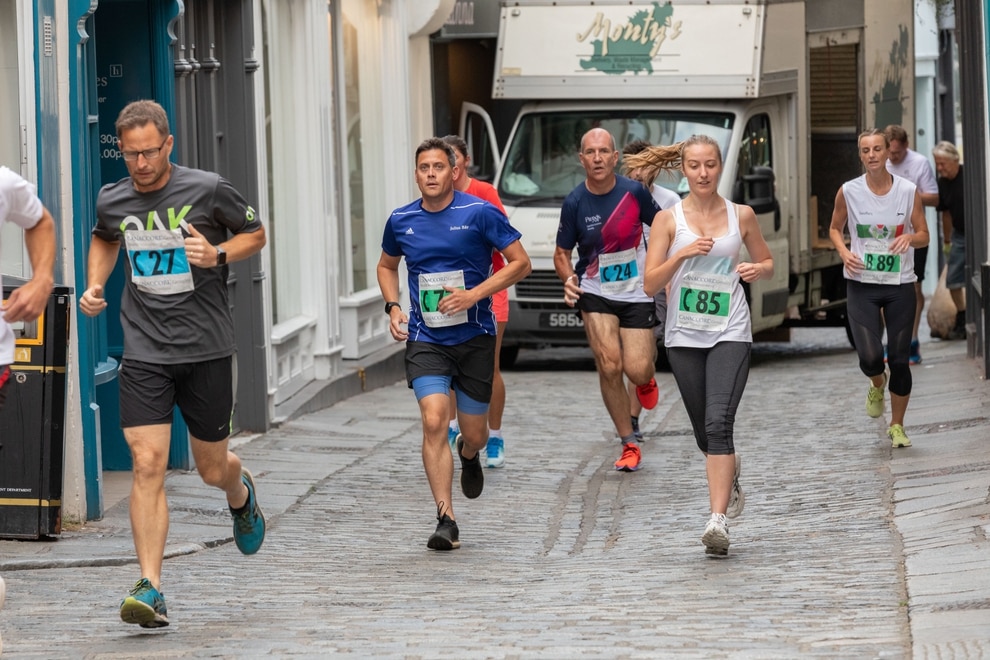 Another busy night in St Peter Port covering the 16th Canaccord Inter-firm relay. Congratulations to all the runners on making it around the 1 mile course, raising money for the Guernsey Athletics Islands Games squad. #cando Charlotte Le Marquand of the Guernsey Press (C85).Inter-Firm Town Relay 2019. Picture by Chris George, 31-07-19. (25412141) 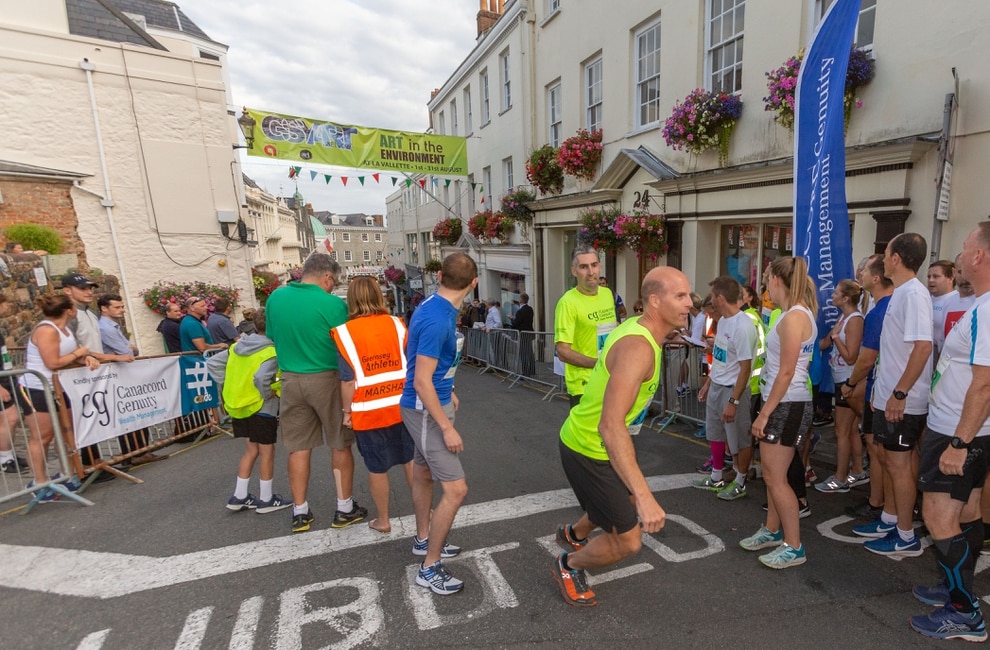 Another busy night in St Peter Port covering the 16th Canaccord Inter-firm relay. Congratulations to all the runners on making it around the 1 mile course, raising money for the Guernsey Athletics Islands Games squad. #cando . Chris Colclough takes over from a Canaccord teammate.Inter-Firm Town Relay 2019. Picture by Chris George, 31-07-19. (25412144)

Anchored by James De Garis, who only just held off New Street Management’s charging Naro Zimmerman on the signature Smith Street climb, the posties recorded a cumulative time of 21min. 31sec. over four legs of circa one mile each.

NSM did not return empty-handed, clinching the mixed prize just a second in arrears, while a fast finish from Shane Huxster lifted DCs Are Us to third overall in just under 22min.

This had been a marked change in the pecking order of the frenzied first leg.

Many competitors jostled for positions at the get-go and even as the rabble died down and a more orderly group proceeded through Town, various outfits remained inseparably close.

RBC’s Luke Quinton eventually surged ahead just before the changeover, pipping the KPMG, Guernsey Press and Mourant leads for an early advantage.

Some seconds behind, Clint King capped off a solid opening run to keep the posties in sight of the early leaders, although with a small deficit to overcome.

But Peter Le Prevost picked up superbly to elevate the eventual winners to second, trailing only TMF2 at the change.

Not far back, NSM’s Mel Nicolle defied the fatigue from her OSA All Terrain Challenge winning endeavours and set Aivis Kergalvis up for a good chase.

Triathlete Kergalvis cut through the rest of the pack, rapidly eating into the lead that Peter Guilbert had established for the posties.

With multi-sporter Zimmerman taking up anchor duties, it appeared that they just ran out of time.

De Garis’ anchoring efforts came to an exciting culmination on the final climb as the postie battled hard to parry Zimmerman’s final sprint – and he just about succeeded.

‘Both the Petes set it up on the second and third leg really well and I knew we had quite a sizeable lead, so I did try and run a sensible race,’ said De Garis.

‘I knew the gap was closing behind me and I just wanted enough for the final bit up Smith Street. Just about – bit too close for comfort.'