Renouf Mk 4 is a threat to North

THERE is no bigger name in the history of St Martin’s football than Renouf.

It may be more than 40 years since Colin Renouf, the club’s greatest ever player, strutted his stuff at Blanche Pierre Lane, but the famous surname has been reborn with the emergence of a new, smaller, slimmer and vastly improved Renouf Mk 4.

His name is Steve Renouf, not quite as versatile as the ‘Big Fella’ himself and in career terms has work to do to catch Colin’s Muratti-capped boys Lee and Jan, but proving invaluable to the current day St Martin’s coach Leon Meakin who ahead of tonight’s Martinez Cup game against North was singing his praises after the player’s superb hat-trick in Saturday’s Rawlinson Cup final.

Renouf, who made his way into Chris Tardif’s Inter-Island Tournament squad in the summer on the back of a superb title-winning season, has often played as a wing-back, but this season has been thrust further forward and scored five times last week alone.

He has long been one of the game’s most under-rated performers, but not at Blanche Pierre.

‘He’s certainly not under-rated in our changing room – we rate him very highly,’ said Meakin.

‘He joined St Martin’s when we were bottom of the league, GFC had just started up and Jordan Gallienne as our coach.

‘He has stayed the course and improved with the team and worked hard at it.

‘He never misses a training session and he will play wherever we want him to play and never complain.

‘He has kind of made one of those forward positions his own now, but it is not to say he won’t play elsewhere because he can. But the way he is playing we wouldn’t want to play him anywhere else, would we.’

As for the team overall, Meakin liked what he saw in the 5-0 Rawlinson Cup final triumph over Bels.

He again shook up his starting line-up without detracting from the performance.

‘Comfortable wasn’t it and we played well I thought.

‘I thought our fitness would probably get us through and the way we moved the ball around, they were chasing shadows for a large part of the game.

‘We have a lot of players playing their way into form as the season starts.’

North have already lost 2-0 to Saints in the Rawlinson, but can rightly claim the scoreline did not do them justice.

It promises to be a close encounter at the Track where kick-off is at 7.30pm.

Let's duck the real issues shall we?

Horace Camp | Less than an hour ago 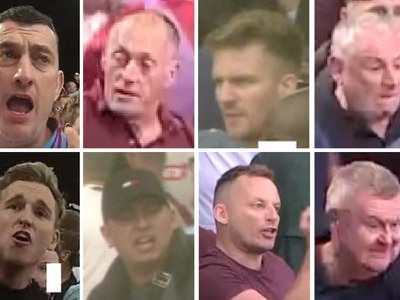