DONNA ALLAN took second place overall in the outstanding performance of the day in the 2019 Church to Church Walk. 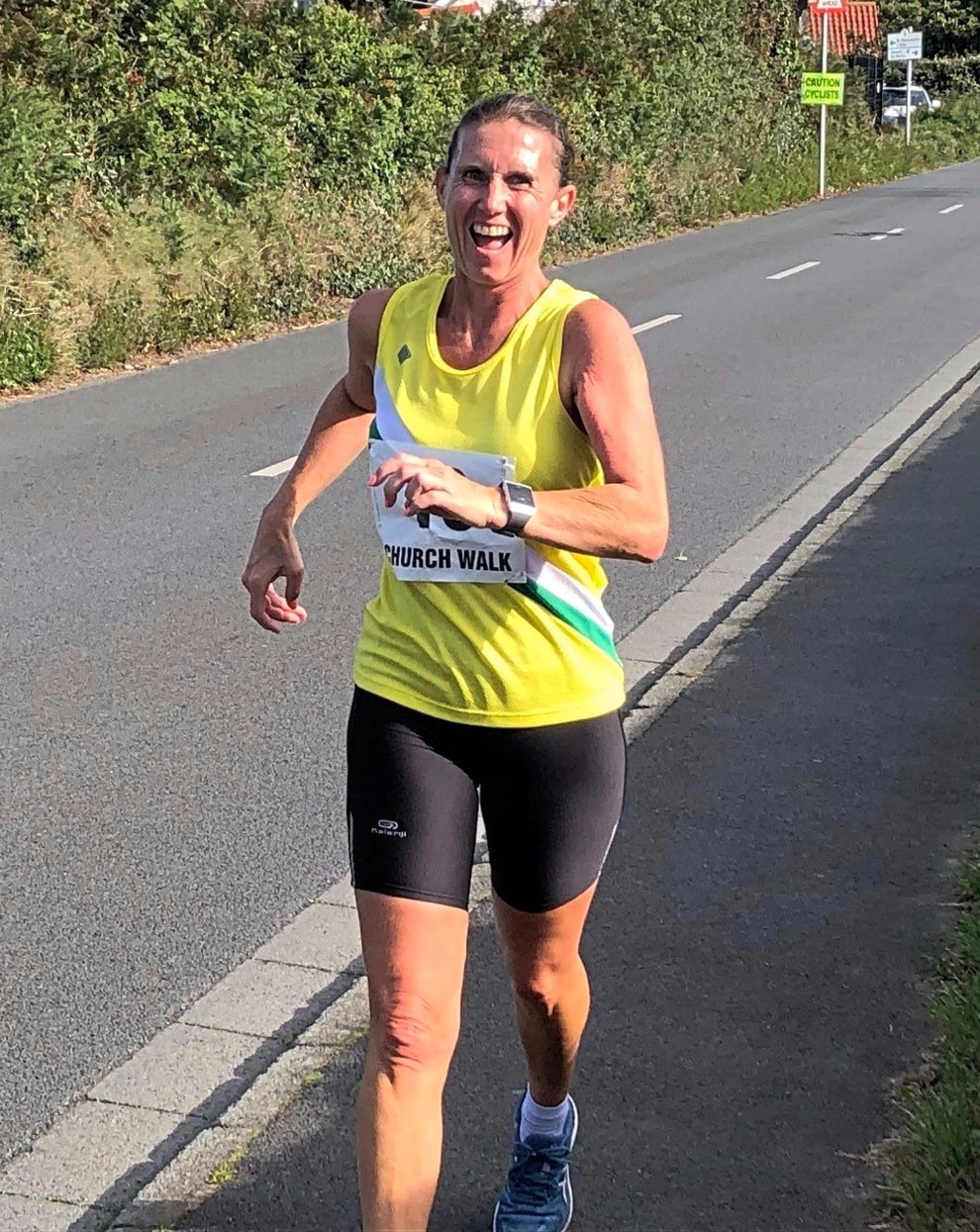 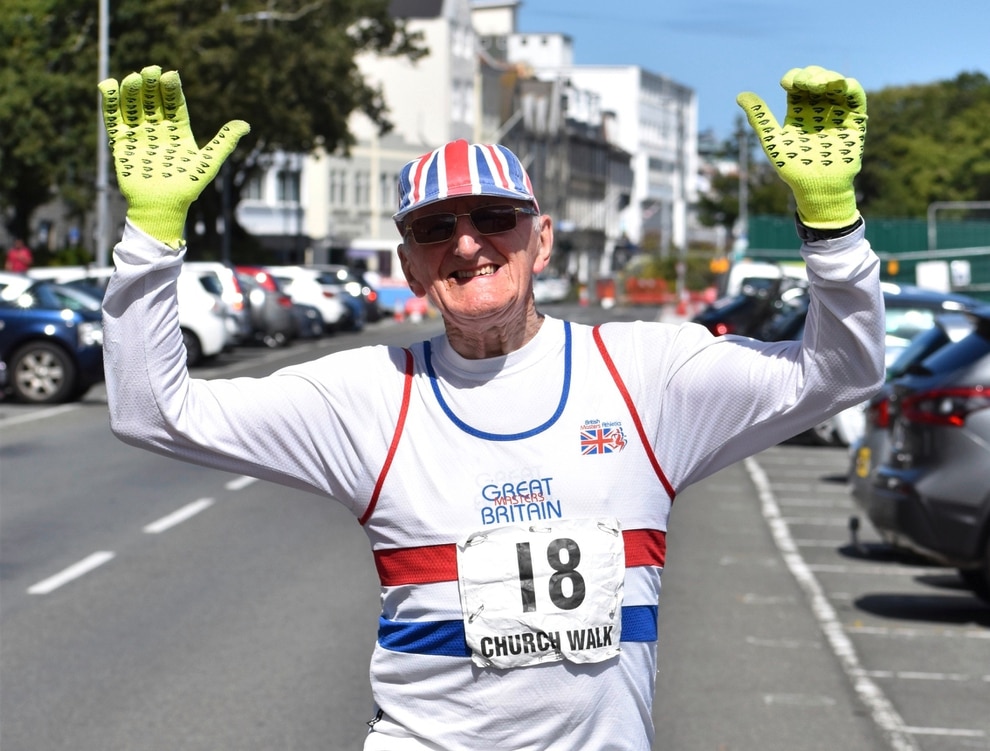 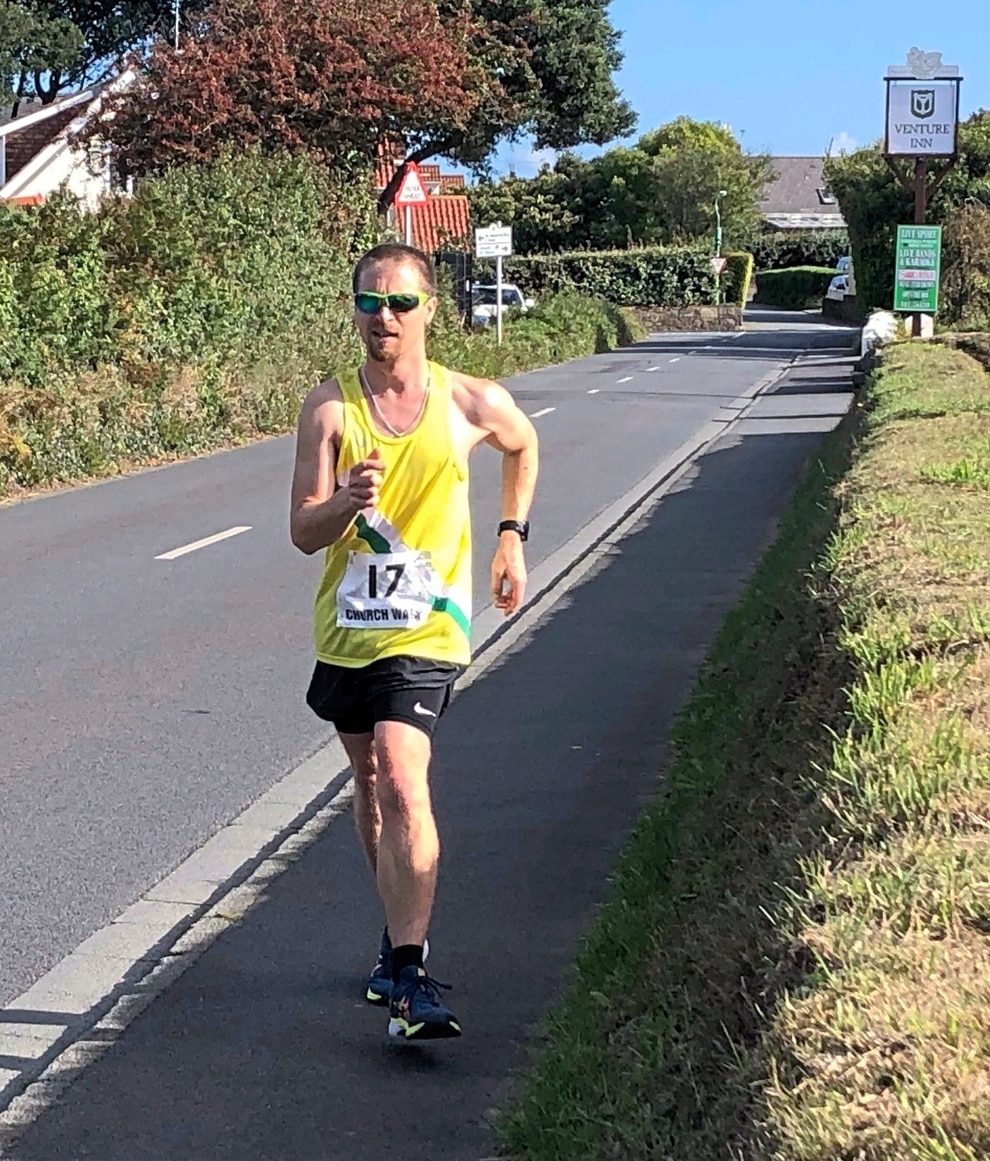 A welcome breeze on a hot morning met the small field who contested the annual 19.4-mile race, with Allan’s time of 3hrs 25min. 18sec. bettered only by men’s winner Stuart Le Noury.

This time was only eight seconds down on the island best set by Jenny Elliott back in 1984 and would surely have been a lot closer if she had not been hampered by the Seafront Sunday road closure in the final mile and dodging the big crowds there, with only a tight exit before the final few hundred yards to the finish at Havelet Bay.

Allan’s time was a huge improvement on her first walk back in 2016 when she recorded 4-04-35 and made up for her missing last year’s walk on doctor’s instructions.

As expected, Le Noury won the men’s race for the fourth time, clocking 3-20-14, perhaps down on what he expected to do.

At the five-mile point, after tackling the hard first few uphill miles, he found himself with a minute’s lead over Jim Ball, passing in just under 50 minutes.

Allan, taking it a little easier at the start, went through in around 53 minutes.

At the halfway point by the Little Chapel, Le Noury’s 1-42 clocking showed he had extended his lead to around three minutes while Ball was still in the frame but slowing.

Moving up the climb at the Monnaie at 11 miles and then the long downhill section to the Friquet and on to the Vale Church 15-mile point, Le Noury continued to extend his lead, going through in 2hrs 30min. with plenty of breathing space should he slow down over the final miles.

Slow down he did, dropping down to over 11-minute miles with Allan chasing hard, but it would have taken a major falling apart for Le Noury not to take the overall win, with Allan closing the gap to five minutes come the final reckoning.

Third place went to past winner Ball from Southampton who, on little race walking the past year, suffered in the final third of the walk, slowing down to pedestrian pace, before crossing the line in just under 3-43.

Fourth place went to another past winner, local walker Rob Elliott. Another one short on training going in to the race, he started steadily and kept to a fairly even pace throughout to finish in 3-49.

Visitor for the second year Stephen Cartwright finished just outside the four-hour barrier and around five minutes slower than last year.

Regular visitor from Surrey Walking Club, David Hoben, finished a further nine minutes behind, but well ahead off his 2018 walk.

Last man to finish was 80-year-old Ed Shillabeer. There is no stopping this race-walking legend. He has won this event four times with a best of 2-40-58 but continues to return to walk on one of his favourite courses.

His time this year was over two hours slower and was a struggle and comes only weeks after walking 68 miles in 20 hours in the Isle Of Man. Then he was straight to the airport to return home to be at work the next morning.

Local Phil Lockwood pulled out of the race around Torteval Church with sickness, while Colin Bradley, another past winner and sub 2-45 man for the course, walked the first four miles in 75 minutes, aided by his walking sticks.