FRESHLY crowned Granite Man champion Mat Dorrian is considering mounting a challenge for the Guernsey 2021 home Island Games – though he doesn’t expect it to be easy.

Speaking at the finish line of his recent triumph and discussing his ambitions for the next Granite Man year, the star veteran suggested that a return to the Games fold is still a possibility.

However, Dorrian admitted that he may have to put a shift on to do so.

Impressed by the competitive depth at Pembroke’s own ‘half-Ironman’, he fully expects a tough challenge when it comes to the shorter – and proportionately more swim-reliant – Olympic distance.

‘What it does bode well for is the Island Games in Guernsey in a couple of years,’ said Dorrian.

‘I think it’s going to be very competitive to see who makes that field.

‘I’d have to work on my swim and my speed and probably find a time machine, but I’ll give it a go. Normally in an Island Games year, it’s difficult to be competitive at Olympic distance and then a few months later be competitive at middle-distance.’

But even if it does not go to plan, then he always has the Granite Man to fall back upon.

‘You look at Dan Galpin and I guess he’d be minutes ahead of me, as he’s so quick and his swim’s so good, and for him to step up into a middle-distance a few months later is quite difficult,’ added Dorrian.

‘Maybe if I don’t make the Island Games, [Granite Man] will be a consolation I can look at.’

James Travers and Amy Critchlow finished seventh and 12th respectively in their categories at the World Age-Group Championships in Lausanne, Switzerland.

Previous medallist Travers was in contention until the run, where he lost a few critical minutes, and finished the course in 2hrs 8min. 43sec. 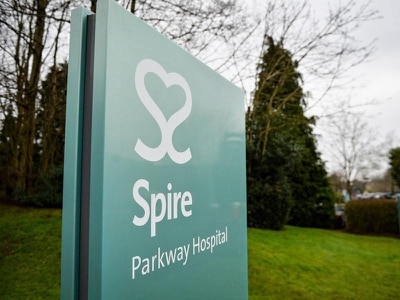