THUNDER’S cast of up-and-coming players played a key role in sealing their first win of the young Winter League campaign.

They had been one of four sides seeking that maiden ‘Prem’ victory, something they achieved on Tuesday night with a 52-40 victory against Zebras One, newcomers to the inhospitable landscape of the top flight.

Rezzers Green also overcame a slow start to win 68-35 against Titans, last year’s third-placed side, in the earlier match of the gripping Grammar School double-header.

The Greens have won all three of their matches so far this season and are on level ground with Blaze in the early title picture.

However, Thunder definitely had the most to grin about at the end of the evening’s play.

Thunder fought out a remarkably close opening quarter and led by the smallest of margins, 11-10, at the first break.

They had extended this to 22-18 by half-time, showing glimpses of the great teamwork that would lift their performance to a new level upon resumption.

At the next break it was 35-29 in Thunder’s favour and they only got stronger in the final quarter – doubling the goal difference by the end.

Both sides produced some solid shooting, with Thunder teenager Megan Wyatt-Nicolle and ambitious Zebra Emma Mills being outstanding performers on that front.

‘It did come good and I was really pleased with the girls, but particularly our youngsters.

‘They did so, so well – all of the kids that we brought up from the junior team were the difference in that last quarter.’

Daughter and playing coach Sophie Browning added: ‘This is our third season pretty much as we are – we’ve lost players and gained players and we’re trying to bring our juniors in a bit more this year.

‘I’m excited for what we can do and I feel like when we play as a team, we play some really good netball, but it’s just consistency.’

Earlier, bright prospects Rezzers Green found themselves trailing for the first time this season – if only for one quarter.

They lagged the strong-playing Titans 9-12 after 15 minutes, although they soon fought back from the slow start and improved their defence to reach half-time 28-18 up.

A high-scoring third quarter made it 50-28 and Titans had by then fully lost their grip on what could have been an impressive scalp.

Cassie Le Page earned Rezzers ‘POM’ after her wing-defence performance for a side who made numerous turnovers, while goal-attack Steph Batiste took the equivalent recognition for Titans.

Rezzers captain Tiff Gervaise-Brazier admitted that it had not been an easy encounter.

‘We built it throughout the game and we’re pleased with the win, but we can’t afford to be that slow off the start.’

At Les Beaucamps, Blaze A made relatively easy work of Rezzers’ second string, winning 59-29 despite the B team giving a good account of themselves in the final quarter.

The men produced the expected victory against Blaze B, with a scoreline of 64-41. 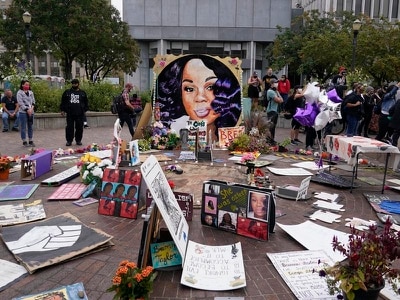