TIAAN ERWEE removed a huge chunk from his own Nutcracker fastest known time on Sunday – but the four-hour barrier remains firmly intact. 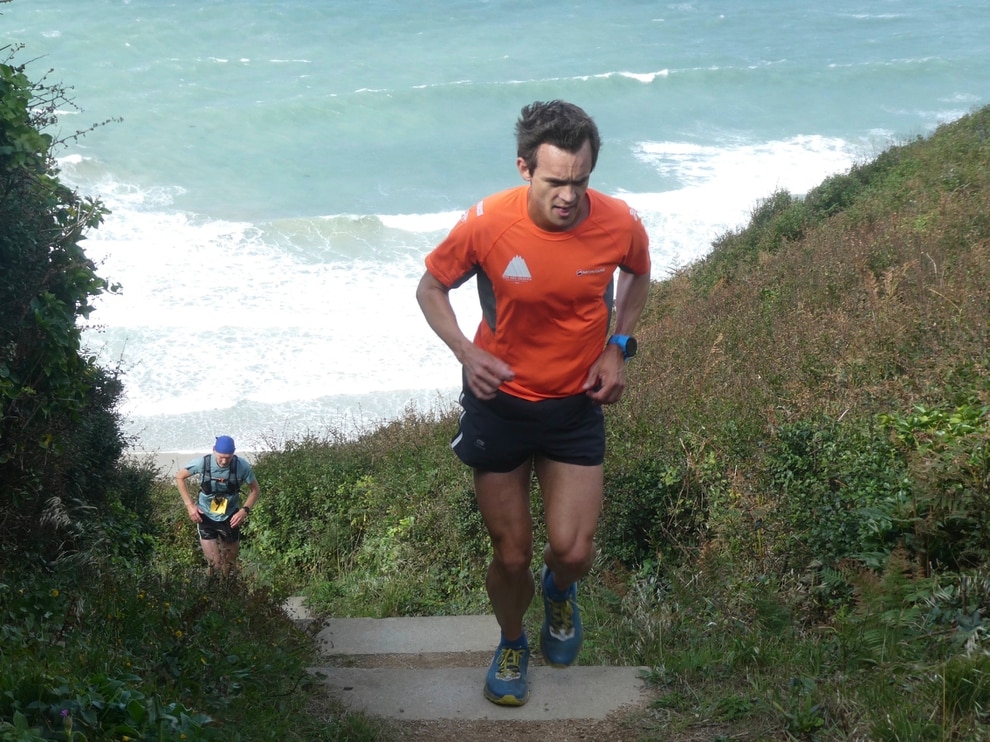 Tiaan Erwee on one of the many Petit Port climbs. (Picture by Jamie Ingrouille (26205669) 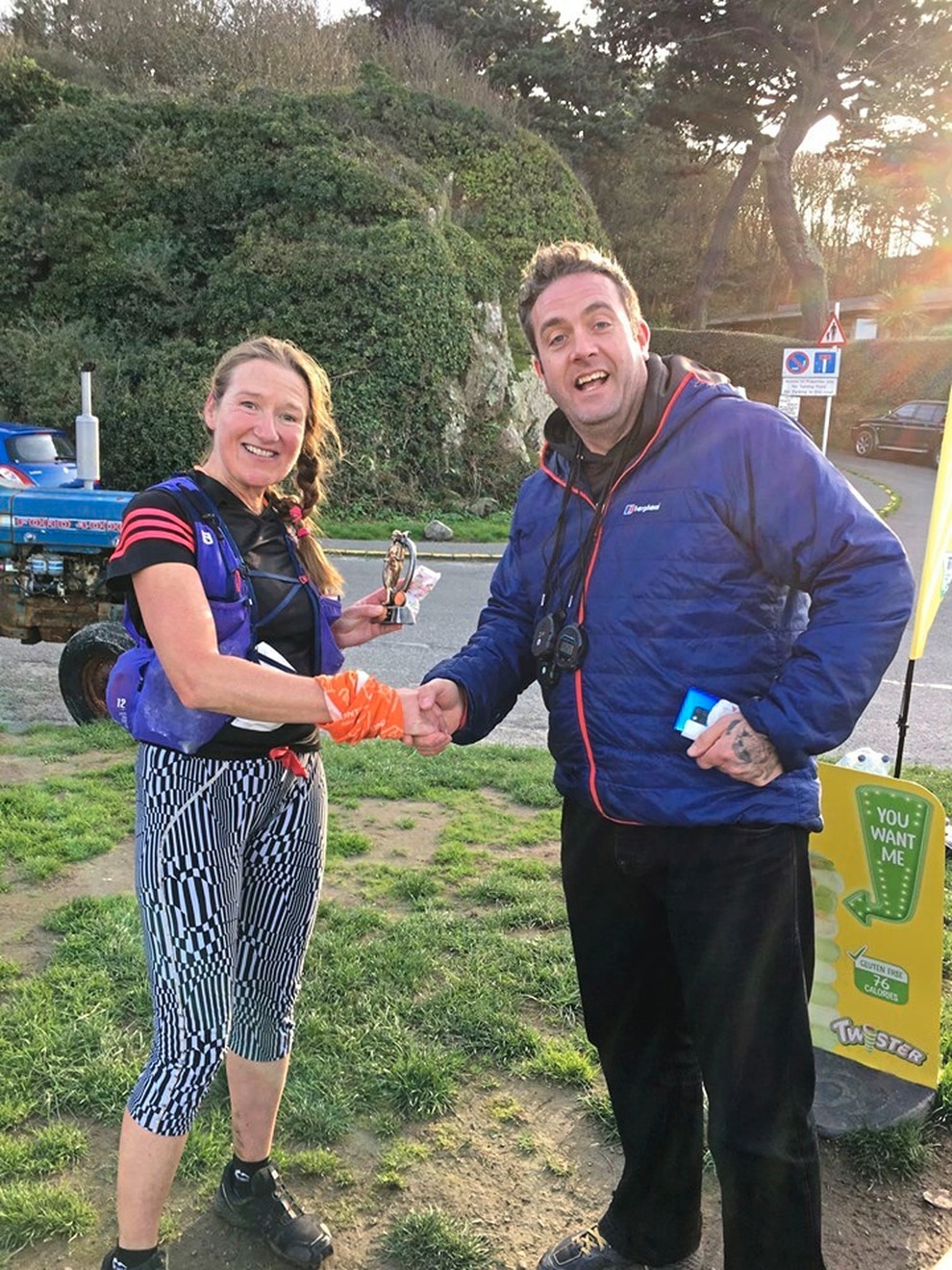 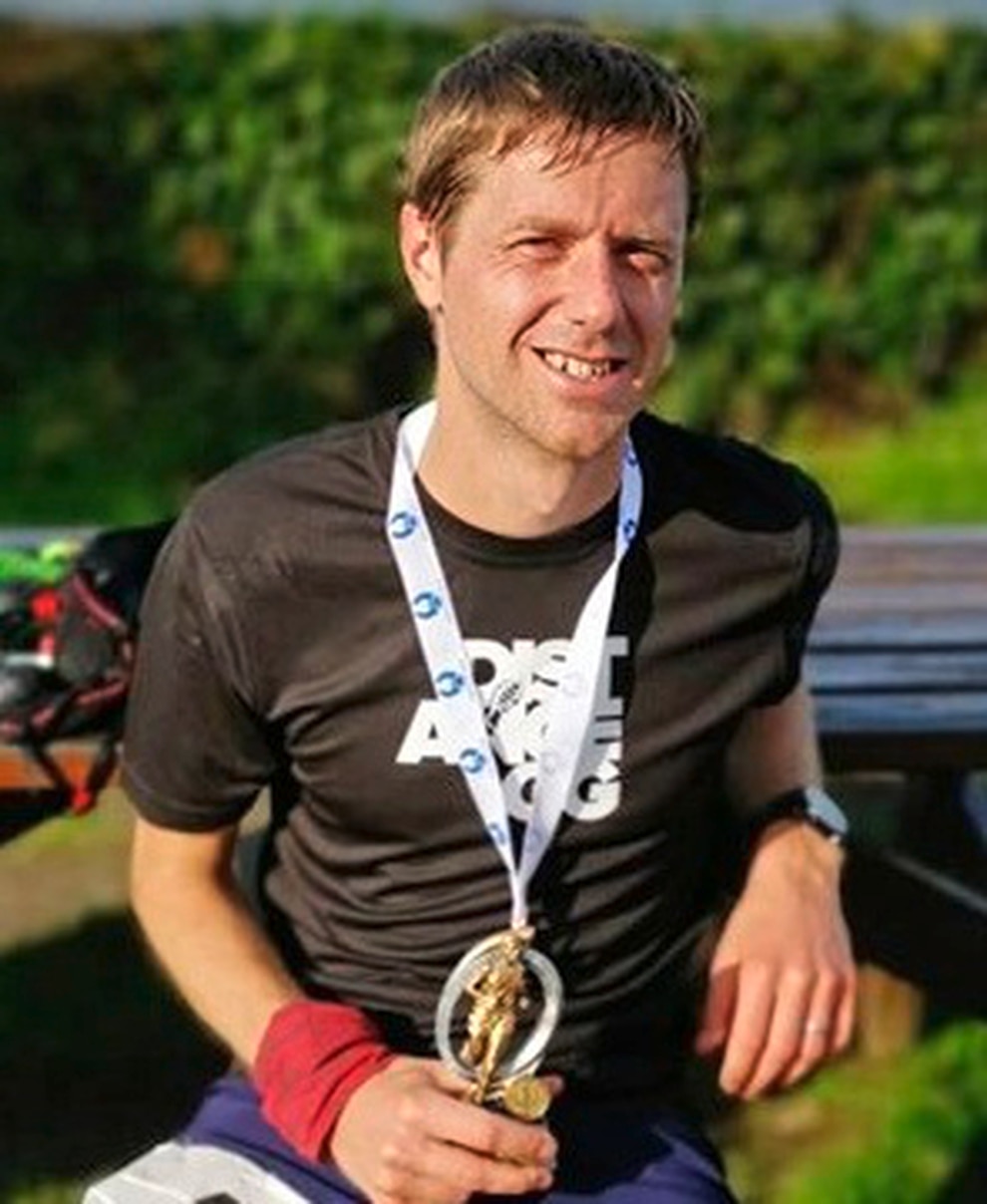 The trail specialist arrived at the Portelet finish line 4hrs 15min. 3sec. after embarking upon the brutal 31-mile out-and-back of Guernsey’s cliff paths, distance.gg’s flagship ultra-marathon, with his nearest competitor trailing in over an hour later.

Erwee had signed up intending to improve his outdated best of 4-37 from a similar course – but precisely how much was anyone’s guess. No one doubted that 2018 winner Matt Brawn would relinquish his course record of 6-11 for the new rendition of the route.

As he reached the half-way turn in just a smidgeon over two hours, it became clear that only a slight negative split would be needed to enter the dream territory of the sub four-hour zone.

But even the experienced Erwee had reached a limit in a demanding event where every single competitor wound up significantly slower on the return journey.

Despite losing nearly 15 minutes overall on the long way back from La Vallette, the runaway winner still marked it down as a result to be proud of.

‘The aim was really just to beat my previous time, so I have accomplished that,’ he said.

‘The return leg was definitely a lot harder than what I thought it would be. It was more just from going out a bit too fast on the outbound leg and it made quite a big difference.

‘Whenever I am able to beat my own personal best, I am always happy, as it shows I am bettering myself. That’s the aim at the end of the day.

‘[Sub four hours] is definitely achievable and that’s definitely going to be the goal for next year, which is something I look forward to.’

The quality of racing had risen significantly in general and the returning Kirk Bourgaize took runner-up in 5-20-35, with relative newcomer Shane Huxster and super-veteran Graham Merfield also under the old course record to varying degrees.

Sarah Smith won a quieter women’s race from Luzia Toenz, who had travelled all the way from Switzerland.

Andy Hatton ran well for third and another sub-2-30 finish time in a race where Becki Loveridge took top woman.

Over the shorter and sharper 10km distance, Wales-based Luke Williams has usurped Ryan Burling as the local No. 1 this season.

Williams, who earlier represented Guernsey at the Gibraltar 2019 NatWest Island Games, ran a huge personal best of 31min. 7sec. at the Leeds Abbey Dash 10k. This was marginally inside Burling’s PB of 31-10, a time that previously sat him firmly at the top of Guernsey Athletics’ annual rankings.