A MISERABLE Friday night for Le Mont Saint at Beau Sejour with defeats for their top men’s side and the Storm ladies. 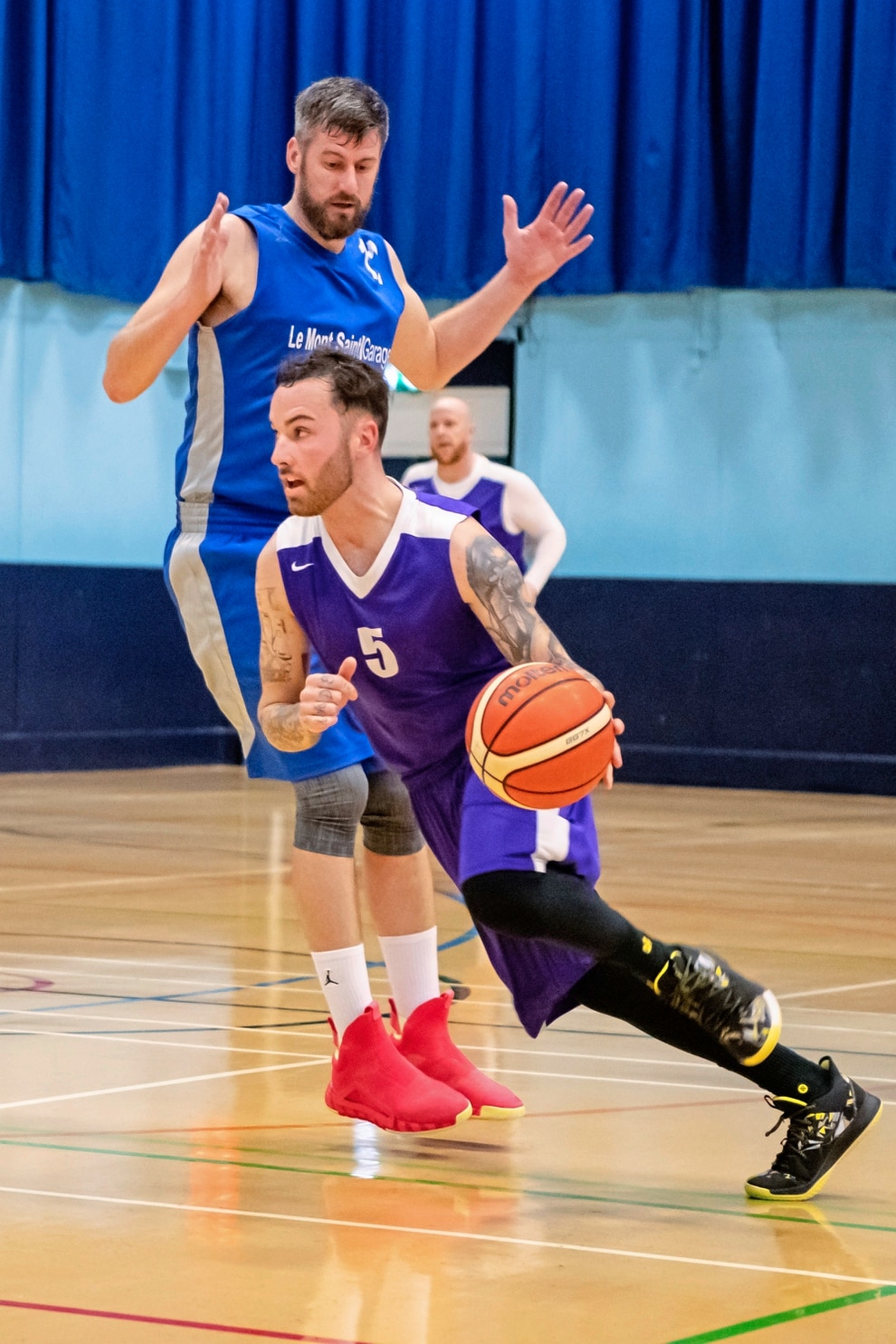 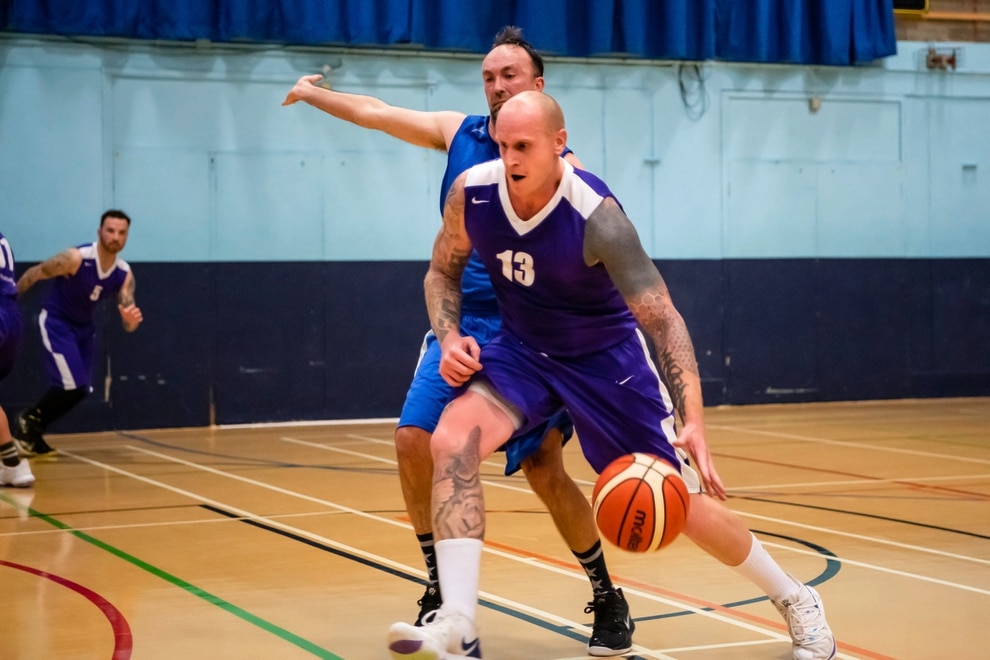 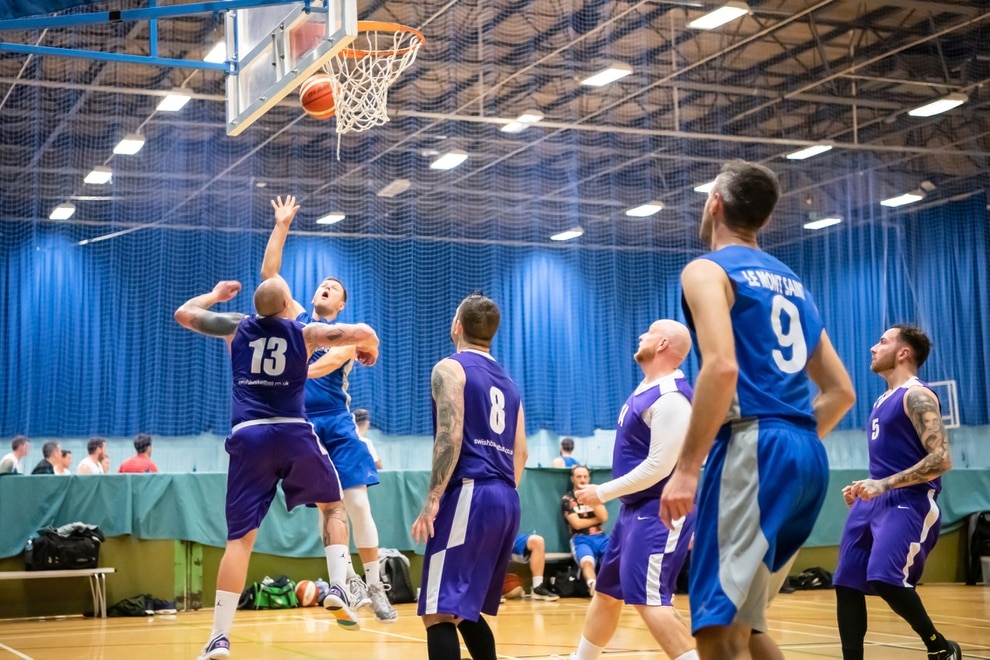 Agris Dulbinskis puts up a shot under pressure from Dan Marriott (13) at Beau Sejour on Friday night. (Picture supplied by Andrew Le Poidevin, 26243339) 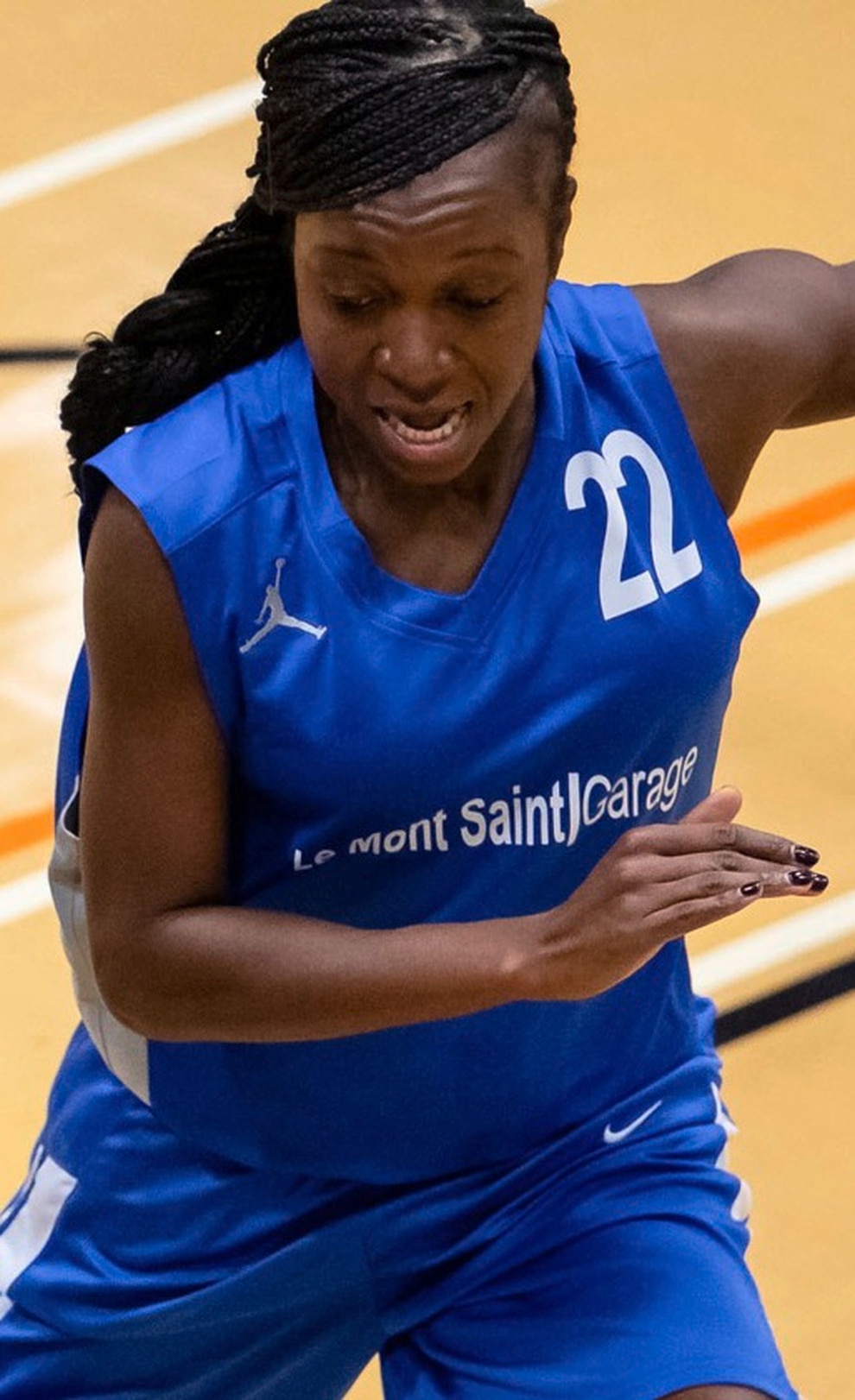 But the men so very nearly turned it around, dominating the final quarter to turn a 23-point surely certain loss into a two-pointer at the final buzzer.

The big story of the night, though, came in the opening game of the scheduled three.

LMS’s island star Verona Tomlin was taken to hospital by ambulance after hitting the floor in agony with 4min. 49sec. remaining of the clash between Storm and reigning women’s division champions Ravenscroft.

Ravenscroft led 49-36 at the time and, after a delay approaching 45 minutes, the players shook hands on the score, which was still showing on the electronic scoreboard.

For much of the hold-up Tomlin was screened from view by curtains pulled around a player who is as tough as any in the domestic women’s game.

She had already contributed 13 points to the Blues’ tally and it seems that a torn Achilles was the reason for her pain.

As for the game itself, Ravenscroft dominated all three completed periods, leading 13-8 after the first and 31-22 by half-time.

They also had the upper hand in the third where they extended their lead to 15 going into the final quarter.

Tim Halden’s Ravenscroft squad, champions for the past three seasons, fielded a small but strong squad after losing their opening match of their title defence – against LMS.

Katie Cochrane is back after having a baby and Jo Jehan, not normally renowned for her scoring prowess, had a good evening with three baskets to her name.

Young Emma Sykes was on hand despite only arriving back in the island an hour or so earlier, but with Emma Hicks in top form – 23 points – the champions were never in danger of another defeat in what promises to be a tight four-team League.

As for the Division One clash, LMS were soon chasing the game against a rejuvenated Mayside side, who had also won the previous Friday.

Mayside, who have the often brilliant Jason Hooper in their ranks this term, led 26-16 at the end of the first quarter.

The gap hovered around the 10 mark for much of the second period but LMS reduced it to two with 80sec. of the period remaining.

Even Hooper was proving infallible from the free throw line but you can’t keep him quiet for long and by popping in two frees in the final 20sec. and Cal Le Moignan sinking a superb basket at speed the gap was back up to nine on the buzzer.

Had LMS missed their chance?

It certainly looked so when Mayside went 15 clear three minutes into the third quarter and the impressively fast dribbling skills of Le Moignan were to the fore.

Young Harry Gent, 14, also got on the scoresheet twice and with LMS hurt by the absence of an injured Ashly Ward and missing so many scoring chances, the third ended with Mayside all but done and dusted at 23 ahead, 69-46.

The final quarter saw both sides have two players fouled off as a string of them hovered on the expulsion precipice.

The game looked long gone from the LMS point of view, but bit by bit they came back and when an Agris Dulbinskis three-pointer closed the gap to three with 90sec. remaining, we wondered could a miracle happen?

When he got another the gap was two with 11.2 sec on the clock, but Mayside managed to retain possession and the victory was theirs, 81-79.