RESOLUTION IT GREEN just about squeezed past the Titans in their testing return to Winter League action on Tuesday night.

After several weeks out, and with their top shooting duo unavailable, Rezzers Green broke away in the second quarter and held off a late scoring surge from the Titans to triumph 37-33 at Les Beaucamps High School.

Keeleigh Le Tissier and Anna Burns had stepped up from their B team – Rezzers Black – to take the goal-shooter and goal-attack bibs from the ill Clare Henry and injured Verona Tomlin respectively.

Titans, who placed third in last year’s Premier Division standings as Rezzers finished runners-up, produced a characteristically strong start to break even in the first quarter, which ended 8-8.

A stronger performance leading up to half-time saw Rezzers draw up a significant lead of 17-11.

They made it 31-21 at the end of the third quarter and from there onwards, Titans mounted a strong comeback but ultimately could not take the upset.

‘We are pleased to get the win as it was a well contested game,’ said Rezzers captain Tiff Gervaise-Brazier.

‘We were patient with the ball and Cassie [Le Page], Gemma and Abby [McCracken] forced many turnovers in the Titans attack which we converted.

‘In the last quarter, Titans came back from a 10-goal lead but Keeleigh and Anna did a great job in the shooting circle against a tough and clinical defensive duo from Nat [Cavanagh] and Lorna [Hall].’

Opposition goal-keeper Hall said: ‘If we had a bit more time, we could have taken it, but it was closely contested and they missed Verona.

‘I think everyone seemed to have a good game and there were lots of turnovers, which meant the scoreline not being as high as usual. It was a nice game.’

Calling multi-sporter Tomlin’s injury ‘a big loss’ for the team, Gervaise-Brazier now hopes Henry will be available for the big top-two battle with champions Blaze A in two weeks’ time.

That same Blaze side made easier work of Rezzers B on Tuesday, winning 57-21, with star U16 Lillie Cochrane and U14 Peninsula Panthers captain Evie Robinson getting valuable experience in the centre role for their respective ‘Prem’ clubs.

Meanwhile, the promoted Zebras One are still hunting for a win in the division having led Thunder by three goals in the first quarter. But Thunder eventually burst through to a 33-28 victory.

The Island men’s team picked up a 61-33 win against Blaze’s young B side. 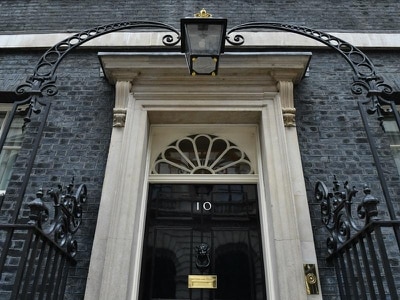