Teddington put on a five-star show at Footes Lane

TEDDINGTON proved to be the type of side Guernsey aspire to be as they knocked their hosts out of the Women’s Tier Two Championship with a 5-0 win on Saturday. 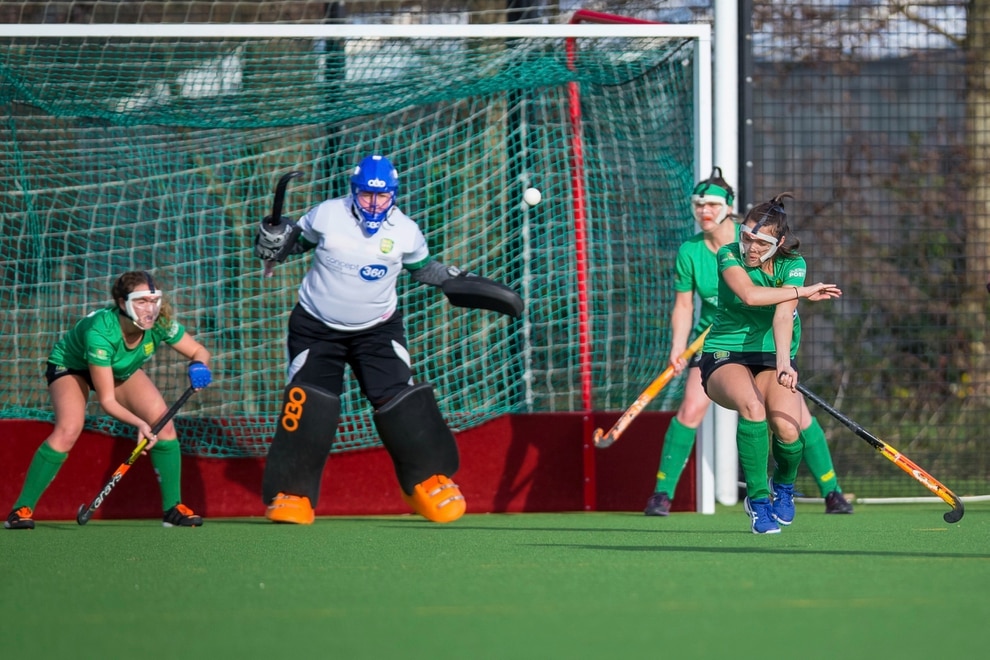 Teddington celebrate one of their first-half goals at Footes Lane. (Picture by Martin Gray, 26677278)

The South Division One outfit were out of sight by half-time, four goals to the good at that stage thanks to a performance of composure, quality and clinical finishing.

To be fair to the Greens, they grew into the game and showed signs of promise in the second half, but by then they were playing purely for pride.

As is so often the case for Sarnian sides in national knockout competition, it took them a while to get used to the intensity of the game and gain the confidence to stamp their authority on the game.

On this occasion, though, they were unable to weather the early storm and still be in the contest by the time they were up to pace.

Instead, Teddington came flying out of the blocks, immediately had their opponents on the back foot and were two up within the first 12 minutes, leaving Guernsey with a mountain to climb.