Mercier's silver lining on a day when men miss out

SARAH MERCIER’S second place finish provided a superb silver lining to a Hampshire Cross-Country Championships outing where the senior men’s team missed the podium for the first time this century.

There had been some fine individual performances for the Sarnians in Botley, despite a few non-showings dashing the senior team hopes, and only runaway winner Helen Hall of Winchester outshone Mercier over the 8.4km women’s course.

Mercier defied an injury-curtailed build-up to clock 31min. 51sec., just over half-a-minute back on Hall, in the relatively mild conditions.

Teammate Jenny James had marked her constant improvement with fifth overall and top veteran in 32-21. She also spearheaded a vets’ team silver.

But the men’s team had finished their 12km challenge with a significant feeling of ‘what if?’.

Several young and improving athletes starred in a squad that looks set to blossom in future years, yet on the day the Sarnians relinquished their long-running streak of earning bronze or greater in the annual event.

A number of withdrawals had blunted what initially looked to be a particularly strong squad.

With potential aces Lee Merrien and Ryan Burling watching from the sidelines, and some other prospects absent altogether, James Priest took the role of Guernsey’s top counter.

Twenty-year-old Alex Rowe initially stole a march on Priest but the more senior athlete used his well-honed endurance to place 18th overall in 42-47.

Rowe followed 20sec. behind and three positions back after just about holding off a sharp Sam Lesley, with Sammy Galpin heading brother Dan in a notably young Sarnian top-five.

Who would be the sixth counter? Guernsey Press news editor Nick Mann eventually took that honour with 55th overall.

Southampton and Aldershot unsurprisingly proved a level above in the team standings but Guernsey landed not far short of bronze.

In the women’s race where Mercier had doggedly held second and James soon followed her in, Louise Perrio and Nicole Petit filled the next two senior team spots.

James enjoyed the contributions of Perrio, Mel Nicolle and Emma Beardsell as the vets’ quartet took silver for a second year running.

Summer Woodhead produced an excellent front-run for gold in the U15 girls’ race. 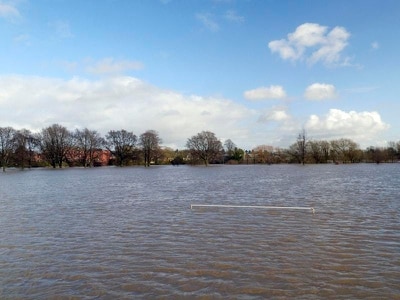