Bain and Galpin show their promise against the clock 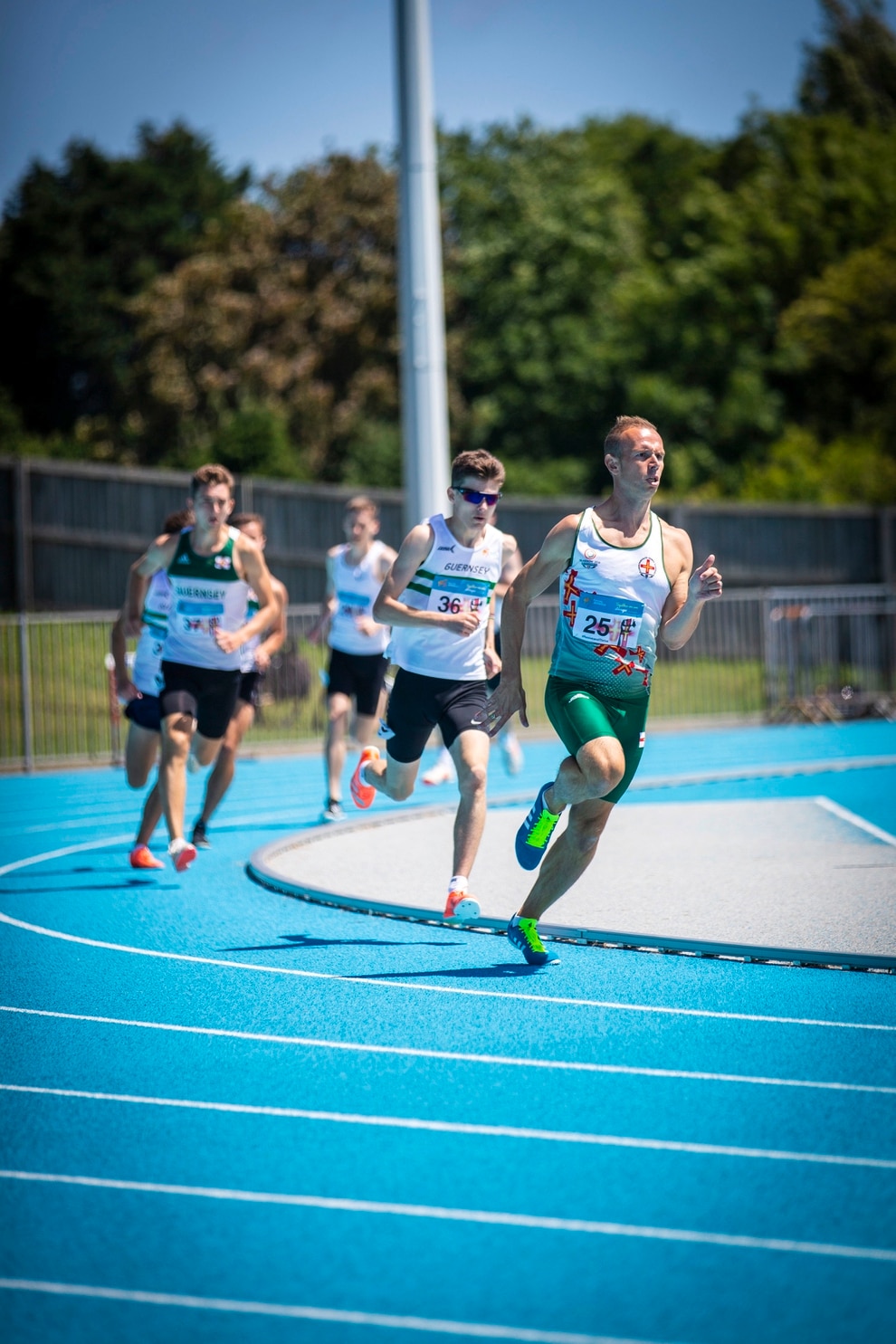 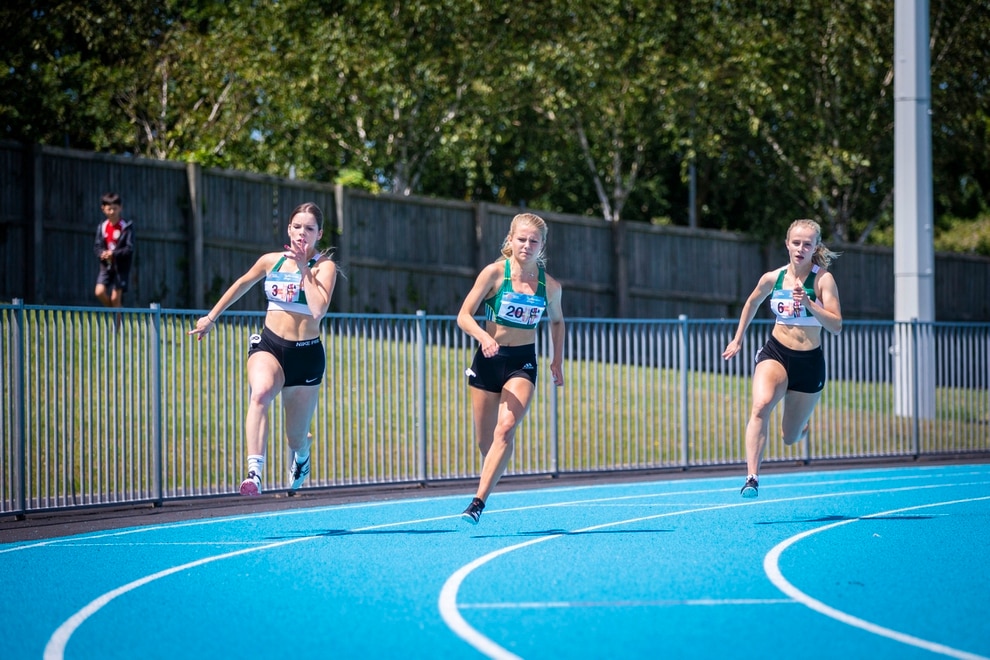 Running on air: (left to right) Amelia Lees, Indi Gallagher and Abi Galpin power around the bend in the women’s 200m. (Picture by Sophie Rabey, 28410945)

Galpin’s unofficial record-breaking run over 200m – her wind-assisted 24.57sec. being the fastest ever by a Guernseywoman – certainly impressed many, yet the quality-packed men’s 800m was arguably the true highlight.

The middle-distance boys had certainly been somewhat less appreciative of the strong winds and the unusual back-straight finish.

But seventeen-year-old Bain did not look fazed as he sped around in 1-54-45.

His opposition had been in form, too, and he needed a searing pace to shake off proven challengers such as Alex Rowe.

Tom Druce provided that helping hand and Bain managed to hang just off the senior pacemaker, whose halfway split of 55.6 was on track for his still-standing Guernsey U20 record that remains a hot future target for the up-and-coming star.

Druce dropped out with 200m left whereupon Bain, despite weathering considerable fatigue, used his fighting finish and a tailwind boost to knock 0.38sec. off his PB.

Rowe followed in 1-55.96 – but even that was barely enough for second.

Joe Yeaman pushed Rowe to the line with a new PB and another two positions back came Gian-Luca Robilliard, just 15 years old, who broke the coveted 2min. barrier for the first time.

‘Tom went through 200 rather quickly and we went through 400 on about target pace... I was just trying to hold the back of Tom as long as possible and 550m in, I thought that I should probably take it on a bit.

‘I tried to finish fast and dig in. The last 100, someone should have chucked me a pair of goggles and a life raft, as I was swimming.

‘I could hear people shouting for Joe and Alex and I didn’t know how close they were behind me so I was just thinking “Keep going, keep going”.’

Over 200m, U20 Galpin finished nearly a second clear of Indi Gallagher and had she been racing a projection of Hannah Lesbirel from her heavily assisted gold-medal run at Gotland 2017, she would have still won by .12sec.

The 2.6m/s tailwind reading rendered her run ineligible, to some frustration.

Ben Stevens took men’s honours with 24.08 in another boosted heat, but Josh Allaway expectedly provided the main touch of class in the male sprints.

Allaway notched another Island Games ‘A’ standard with a dominant 11.08 run over 100m and by that time, the wind had flipped significantly, actually providing some minor resistance.

The biggest surprise on the field came from the resurgence of Ali Higgins, who chucked her javelin 32.80m after three years of competitive inactivity and gained a Games ‘A’ standard in the process.

James Bougourd did not match the lofty standard of his season opener but still won the event with a fair 52.55m.

U17 Josh Avery was a surprise runner-up and threw 41.60 in his first competition with the senior implement.