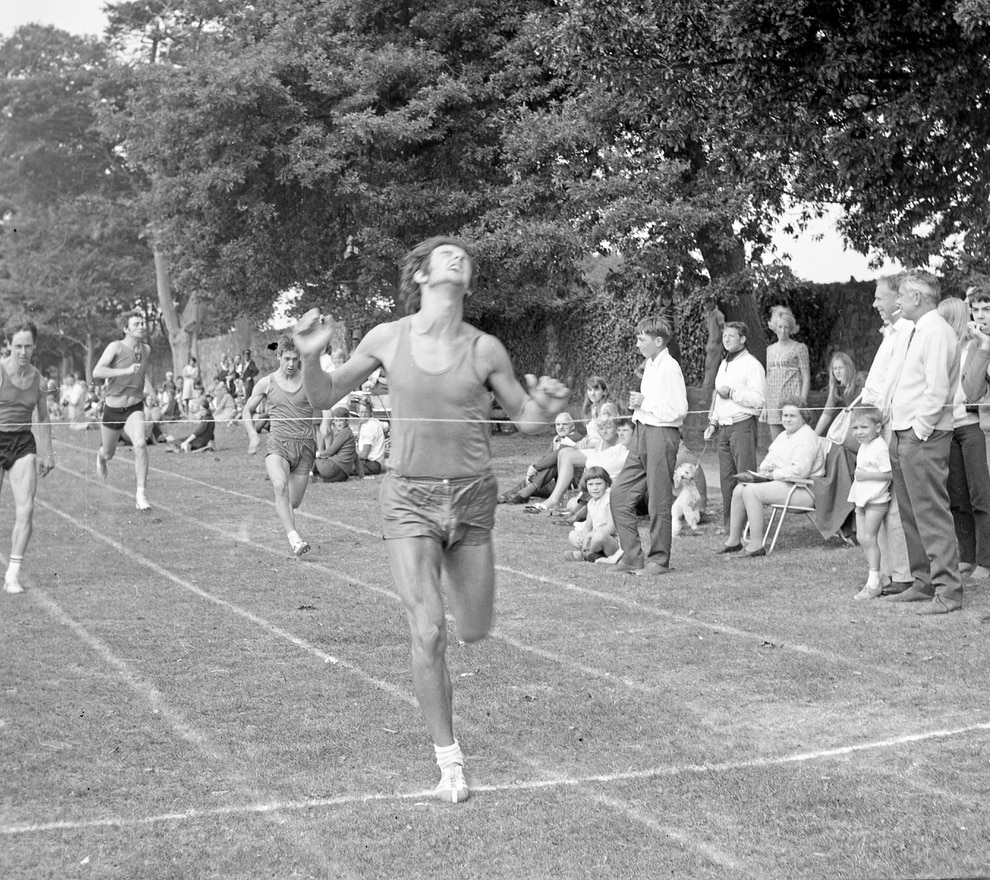 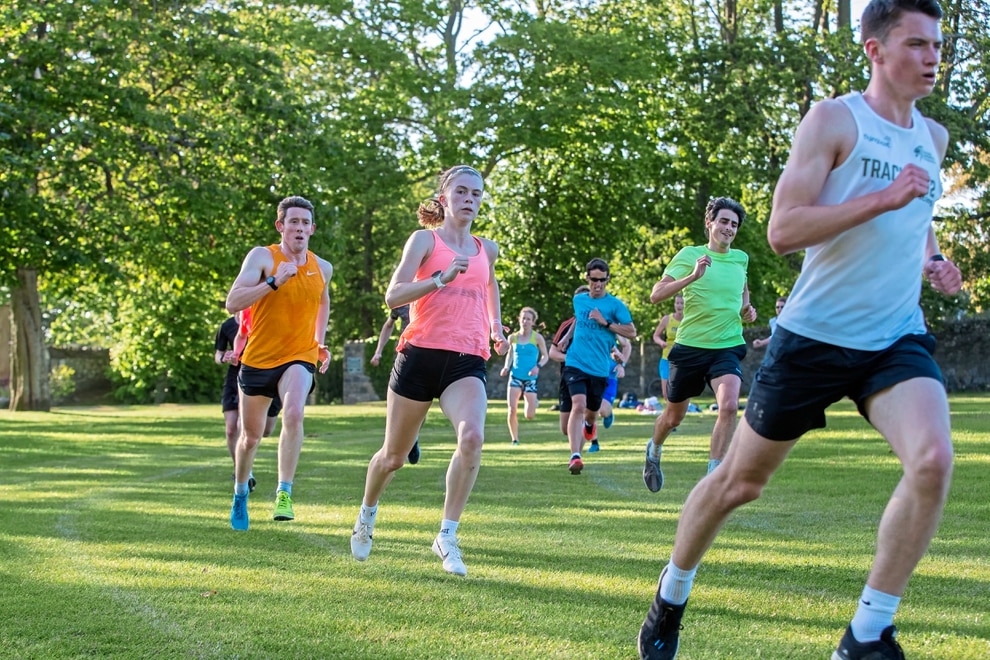 Middle and long distance runners are now fully based at Cambridge Park instead, for the first time in 50 years, harking back to the long-gone days that Ray Hollis termed ‘the golden era of Guernsey Athletics’.

A new grass track will allow the current athletes to emulate the likes of 880-yard legend Hollis and distance ace Dave Kreckeler – but it would take something to beat them.

Hollis, a respected statistician who has several books documenting the club’s history, commented after attending the new track’s marking: ‘It looks far better than it did back in my day.’

There is also a possibility of the venue hosting its first senior athletics meet since September 1969, according to endurance stalwart Paul Ingrouille.

Past half-marathon star Ingrouille was very young and not yet on the racing scene when the sport moved to new pastures.

He and the remaining coaches had discussed a range of venues for summer training, including Delancey Park and La Mare de Carteret, but the St Peter Port ground had proven a resounding favourite.

‘Cambridge Park was our favourite because it’s close to a nearby leisure facility and has got nearby car parking and is something that could be used by the wider community,’ he said.

‘Other training groups and schools could use it, and it’s also a bit of a historic and romantic inclusion as it’s exactly 50 years since it was last used for a senior athletics competition.’

Athletes now have access to a four-lane running track at the venue – and although it measures just 360m from lane one, sessions can be adapted to work around this.

Ingrouille would welcome sprinters to the facility but, following some negotiation with athletics development officer Tom Druce, notes that these athletes may have other options.

Four lanes on the Footes Lane straight will remain open for select athletes ahead of the Island Games and Druce is also considering several grass training sites.

One idea that could unite both groups is a large athletics meet marketing the historic significance of Cambridge Park.

Ingrouille earlier suggested this as a possibility – though a definitive decision awaits.

‘We’re not quite sure how serious that might be, as we probably wouldn’t re-measure the track,’ he added.

‘It would be a novel event ... returning to Cambridge Park after 50 years would enable a relatively high interest track and field competition,’ he added.

If such an event goes ahead, Guernsey’s current crop could set their sights on the venue’s long-standing mile and 5000m records of 4-16.6 and 14-45.2 respectively – but beating them would require some effort on this terrain.

The venue records stem from the days of events that attracted national and international-class athletes, who would compete against Guernsey’s finest.

Hollis’ ‘History of Track and Field: Guernsey Athletics’ books pay homage to the days of important matches against star teams such as the Oxford-Cambridge ‘Achilles Club’.

There were also some particularly competitive inter-insulars, something that Guernsey now sadly lacks.

‘Those were a particular highlight and they went up to 1966, when it all fell apart,’ said Hollis.

There was also the day – 3 July 1962 – that international marathon legend Ron Hill challenged Kreckeler to a three-mile duel.

Hill’s 13-55.2 all-comers’ best for the now-obsolete distance will not be going any time soon.