GUERNSEY come up against one of England’s ‘Super Clubs’ in the second round of the EH Men’s Tier Two Championship.

Having received a bye through the first round of the national knockout, the island side are away to East Grinstead Seconds tomorrow and coach Andy Whalley is under no illusions how tough the task ahead is, but it is one he is looking forward to.

‘We learnt from Southgate Seconds last season that nowadays with some of these big ‘Super Clubs’ – which is the way hockey is going in Europe – their Firsts, Seconds, Thirds and Fourths are full of brilliant players, so you have to make sure that you have got your head around the fact that you are not playing an”average” second team here,’ Whalley said.

‘But that’s a great challenge and why we love entering this competition every year – to play against these big clubs.

‘I do perhaps wish, though, that this was our second or third game of the season because our big challenge will be to get into our groove very quickly. East Grinstead Seconds have played 10-11 games together this season already, so that will be to their benefit, but they do have a [league] game on Saturday, so hopefully that will even things out a bit.

‘There will be players not playing in the [East Grinstead] Firsts desperate to prove themselves, but we have faced that before when we have been away to the likes of Sevenoaks and Reading. We will just have to do a very quick job in recognising those quality players and block them out as best we can.

‘East Grinstead Seconds are going to be a really good unit.’

Guernsey will be without captain Adie Peacegood, who tore a hamstring in the Masters O40s Tier One Championship match in Jersey, so midfielder Zak Damarell will lead the side.

‘The challenge we have got is at the back because losing Adie is quite a big deal for us – he has been established at centre back for such a long period,’ Whalley said.

‘But we have got Andy Harding now, who has come over to Guernsey from the Isle of Man, and he is an experienced player, who is strong on the ball and has good distribution, and expect him to sit in front of the back three.

‘We’re really pleased to have Matt Stokes back after university. He is a great addition to the squad and he will definitely strengthen our midfield.

‘I think we have a very strong midfield five who can do a very good job in there.

‘Up front we have Steve Waldrom coming off the back of his O35s World Cup experience in the summer, Lewis Perfitt who is performing well in the local league and is an exciting young forward, and of course Sam Dawes who performs week in, week out.’

Whalley added that it has been noticeable in recent training sessions that the buzz among the players is building ahead of the game.

‘Strangely, if you look at the fixture list when you enter the competition you think you could be playing as early as September, but due to the number of entries and then getting a bye through the first round, it has felt like a lot of time waiting for this match,’ said the player-coach.

‘Keeping motivation in training since the start of the season has been a little bit tough, but in the last three or four weeks as the game gets closer, it has been a lot more intense and there has been much more commitment.

‘In the last few sessions we have been working on structure and the shape of the side, getting connections between the players who do not play together each week for their club.

‘This week we were looking really sharp at training – the quality on Monday was exceptional – and I’m really pleased with that progress.

‘We just need to keep that intensity now going into the match.’ 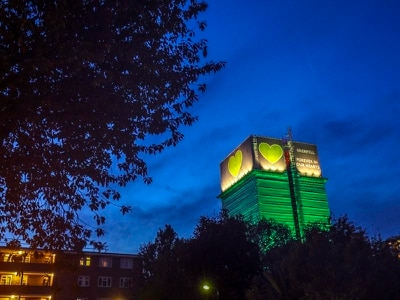