England’s arrival into the setting that made ‘The Brighton Miracle’ possible has stirred Steve Borthwick’s memory of how a successful World Cup can inspire a nation.

Borthwick helped mastermind Japan’s seismic 34-32 victory over South Africa four years ago and the greatest upset in rugby history has been turned into a film that premiered in Tokyo on Wednesday.

Foundations for the theatrics at The Amex were laid in Miyazaki, where Eddie Jones oversaw a brutal training camp that shaped the Brave Blossoms into a giant-killing force that won hearts and minds at their most impactful World Cup.

Jones has revisited the coastal backdrop to prepare England for a pool stage that opens against Tonga on September 22 and Borthwick hopes it can act as the launchpad for another tale that will enter the sport’s folklore.

“At about 5am I was walking down there and thinking to myself ‘with Japan, this is where we started training, at 5.20am’. It was the time we would be walking there.

“I distinctly remember Eddie addressing the Japan team in 2014. He said ‘we can’t win the World Cup, Japan aren’t a good enough team, but we can be the team of the World Cup’.

“He said ‘we can inspire a nation, we can make people want to play rugby in this country and we can create a new history for Japanese rugby. We can make the quarter-finals’.

“Did that team create a new history? Did they inspire people? I think everything I have seen when I have been out here since says ‘yes’.

“They were the team of the World Cup. We were a lot of people’s second favourite team. We didn’t make the quarter-finals, so we failed on the third one.

“I was 14 years old when I said ‘I want to play rugby for England’. As a kid I would just dream of it.

“Our players would all have had, at some point, the same dream of playing for England. Now they are in the England squad.

England’s first full day in Miyazaki was partially taken up by a community visit to a local high school, where a brass band played ‘We Will Rock You’ by Queen as the players sat on stage soaking up a friendly welcome.

Hundreds of children watched as fly-half George Ford exchanged passes with the captain of the school rugby team, before gifts were exchanged and Borthwick gave a short speech in Japanese.

The group of visiting players, all of whom were backs, then performed archery before returning to the team hotel.

“I think this will be an excellent World Cup. Having lived out here I have seen the excitement they have about rugby and that transformation with the team at 2015,” Borthwick said.

“Hearing about how 34 million people sat up in the middle of the night in Japan to watch the team play back in England tells you that they have passion for rugby.

“You can see it at this school with all the kids and the excitement the boy had at passing a rugby ball to George Ford.” 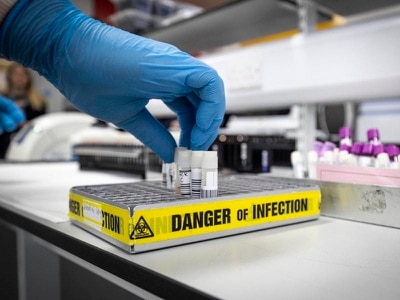