The start of play was pushed back by three hours to allow conditions to improve.

Poor air quality continued to affect the Australian Open on Wednesday with qualifying delayed for the second day in a row.

Tournament organisers came in for heavy criticism after beginning matches only an hour later than scheduled on Tuesday and playing through the day despite conditions indicating a danger to health.

Several players complained of breathing issues, with Slovenia’s Dalila Jakupovic retiring during her first-round match after collapsing on court.

Melbourne again woke up to a smoky haze from the bush fires that have devastated parts of the country and continue to burn out of control.

This time organisers pushed back the start by three hours to 1pm when, although the air quality index continued to show conditions as “unhealthy”, the sky was noticeably clearer.

The main challenge for the players was stifling heat, although that was broken by a fierce thunderstorm that hit Melbourne Park late in the afternoon and sent players scurrying for the locker rooms.

The Australian Open has a scale for determining when play should be suspended because of heat but has not announced what parameters it is working to regarding air quality.

The chief health officer for the state of Victoria, Dr Brett Sutton, called for that to change on Wednesday, telling local media: “Tennis Australia needs to work up an air quality policy.

“But I think they need to consider through all those thresholds, from poor to hazardous air quality, what their alternatives might be with a view to protecting as many players as possible.”

In the lead-up to the event, tournament director Craig Tiley said strategies were being considered, including playing matches indoors, with three roofed stadia at Melbourne Park and eight indoor courts at Melbourne Park National Tennis Centre to call upon if required.

A statement on Wednesday read: “Conditions at Melbourne Park are being constantly monitored and further decisions will be made using the onsite data and in close consultation with our medical team, the Bureau of Meteorology and scientists from EPA Victoria.

The latest problem to affect qualifying though is rain and organisers were forced to call off qualifying play for the day because of it, with more forecast tomorrow.

Organisers were expecting to raise hundreds of thousands of dollars to help communities affected by the bush fire disaster and announced on Wednesday the sport had so far raised 4,826,014 Australian dollars – over £2.5million – for the cause.

“It was incredible to be in Rod Laver Arena to see the global tennis community come together to support bushfire relief efforts,” Tiley said. “My wish is for Australian Open 2020 to be remembered as much for the good we’ve done for these fire-ravaged communities as for the spectacular tennis.”

World number one Nadal announced that he and Federer were teaming up to pledge further funds toward the effort, saying: “Talking with Roger a couple of hours ago we decided to give 250,000 Australian dollars (£132,000) to the bushfire relief together.

“Hopefully that keeps inspiring the people to support this terrible disaster that were going through and it helps recover all the things that we need.”

Twenty-time grand slam champion Federer added: “I’m always happy to help, always happy to give my time or my money, it was an absolute pleasure to be here tonight playing with all the other legends of the game. This is the way to do it, we all come together for other people and I think that’s a true inspiration for many other countries as well.” 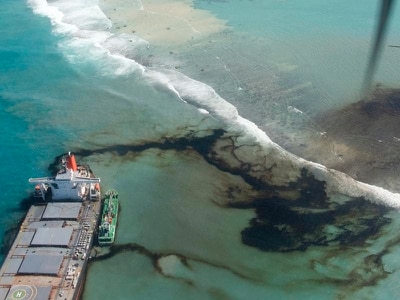