Hundreds run into the night for final Crimestoppers run

HUNDREDS of islanders ran on the airport runway for what could be the last time ever on Saturday night. 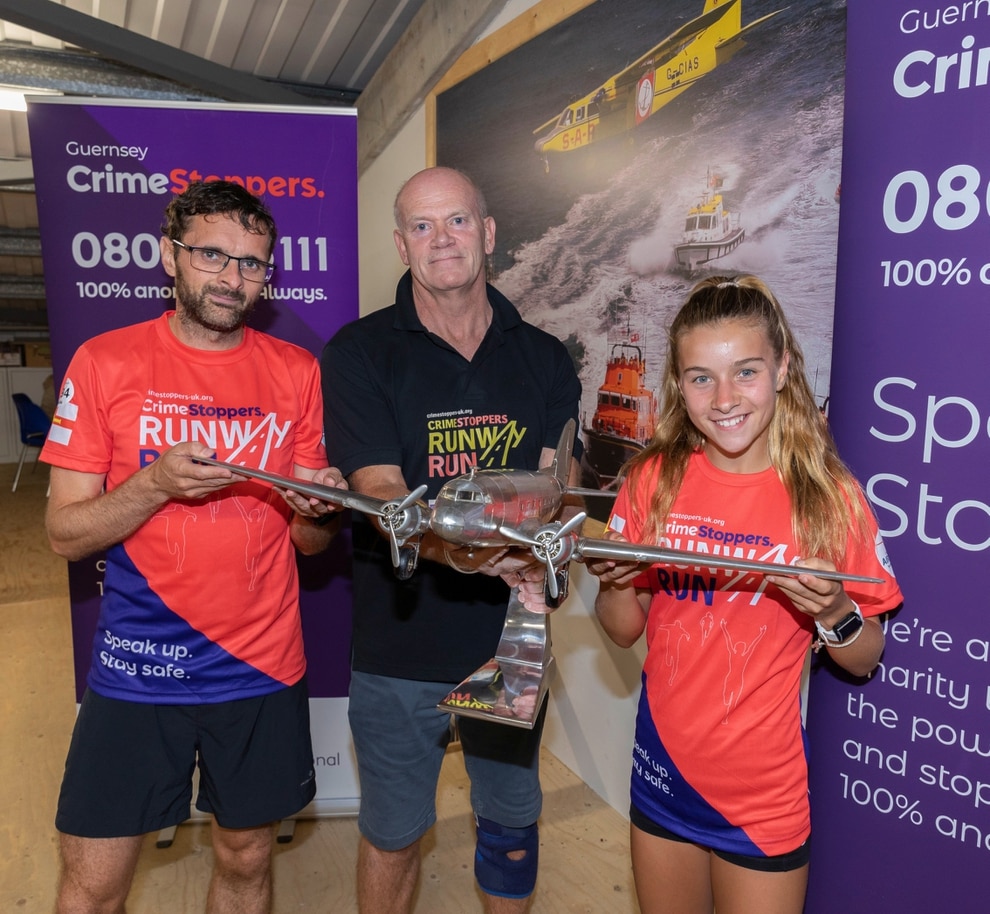 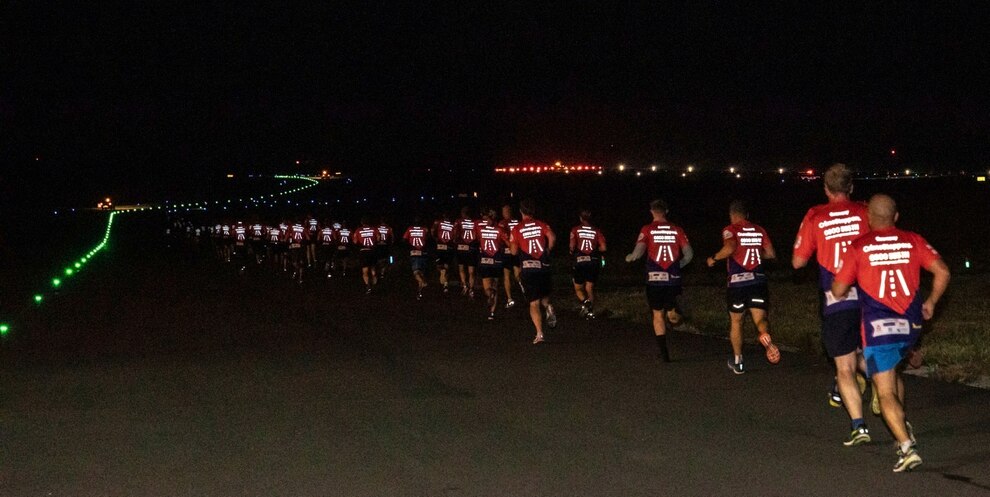 More than 420 runners completed the five-kilometre run for the fifth and final Crimestoppers Speak Up Stay Safe Runway Run on Saturday.

The night-time event, organised by charity Crimestoppers, offered the surreal experience of running the length of the runway guided by the landing lights and a full moon.

Prizes were awarded to the fastest male, female, veterans (45 and over) and

under-18 runners. A trophy was also presented to the fastest team made up of three to six runners.

The Guernsey Press’ news editor, Nick Mann, was the first across the finish line in a time of 16min.51sec.

Summer Woodhead was the first female and under-18 runner to complete the 5k in 19.05 and follows her success in 2018.

The fastest veterans were Graham Merfield (17.16) and Gina Rowe (22.02) and Specsavers took the title of fastest team.

Chairman of Crimestoppers and the organiser of the event Mike Smith said selling a record number of tickets for the event was a fantastic way to end the runway run.

‘The conditions were absolutely perfect for it with a clear sky and full moon. Memorable,’ he said.

‘The Crimestoppers Speak Up Stay Safe Runway Run has taken place every year for the past five years and every year it has grown thanks to the tremendous support from many organisations, including Guernsey Airport, Channel Islands Air Search, Guernsey Aero Club, Civil Protection Unit, our sponsors along with a fantastic group of volunteers.

‘We started the runway run to offer a unique sporting event for the local community and to help raise the profile of Crimestoppers and its role in keeping our islands safe and it’s done just that.

‘It has also been a fantastic fundraising event for the Crimestoppers charity and the Channel Islands Air Search, which has hosted the event at its hangar for the past four years. I’d like to thank every single person who has been involved in the events and helped to make them such a success.’

It is estimated that more than £7,500 was raised for charity at the event this year.

On the night Mr Smith paid tribute to former airport director Gareth Williams, who died earlier this year, with the presentation of the Gareth Williams Memorial Trophy to the fastest male and female runners.

The trophy will be donated to Guernsey Airport and put on display.

‘Gareth was instrumental in making the Crimestoppers Runway Run happen,’ he said.

‘We wanted to recognise his invaluable contribution with the presentation of a model DC3 plane, acknowledged as a very safe, reliable and legendary war plane – we felt this would be a fitting tribute to

Gareth and for all he did for this event, our charity.’

Head of aviation services at the airport, Ash Nicholas, said: ‘The Gareth Williams Memorial Trophy is a fitting tribute in memory of a member of the airport management team who was sadly taken from us far too early.

‘Gareth was instrumental in the running of the first four Crimestoppers Runway events from an airport perspective and this trophy will be a lasting memory of a valued work colleague and family man.’