Education defends how climate change is taught in schools

THE way in which children are being taught about climate change is spreading unnecessary fear, a sceptical deputy has said.

Deputy Barry Paint has posed written questions to Education after receiving complaints from grandparents, parents, carers and some children regarding teaching in schools.

‘Some of the individuals who have contacted me allege that the teaching of some subjects lacks balance and objectivity and is an unnecessary or unwelcome cause of anxiety and fear to some children,’ he said.

‘Of particular concern is the teaching about climate change and its possible effects.’

He said one grandparent described the teaching as being something akin to brainwashing, with another remarking on the ‘worldwide paranoia caused by the claims of certain climate change activists’.

In light of these concerns, he asked Education whether parents or carers have the ability to ensure that their children are not involved in certain lessons.

An Education spokesperson said it was important to remember the purpose of formal education was to equip children with knowledge that was broader than the knowledge they might gain from parents and carers.

‘Education equips us with the kind of knowledge that enables us to predict, explain and envisage new alternatives,’ they stated.

‘With this purpose in mind, in general terms it is neither possible nor desirable to tailor the curriculum to cater for parental preference.’

There are three exceptions to this: parents and carers can request that their child is withdrawn from collective worship, religious instruction and from aspects of sex and relationship education that do not form part of the science curriculum.

Deputy Paint said he had always been sceptical of teachings of climate change and global warming but Education’s scaremongering of children on the matter was a step too far.

‘Children are getting so involved and it is spreading fear,’ he said.

‘Surely it’s up to the parents and carers what [children] should be taught.

‘Climate change and global warming was the target of my questions but there are other subjects too, like sport. Why should we make them play and learn about sport if the parents don’t want them to? That’s the way I see it.’

In their response, Education said being exposed to a range of ideas and having one’s suppositions held up to scrutiny was an important part of the curriculum.

‘If there is a child who encounters nothing during their time at school that challenges or disagrees with something they have seen or heard elsewhere, that child would have been very poorly served by our education system,’ they said.

‘When learning about something such as climate change, science and geography teachers are beholden to share, in a way that is mindful of the age and stage of development of their students, what the academic communities of geographers and scientists agree the evidence shows.

‘This will include sharing the degree of certainty behind any conclusions and the extent of academic disagreement. The content of lessons is not derived from the views of activists.

‘Discussion of the ways in which activists seek to respond to scientific findings would legitimately take place within citizenship lessons, but always with due regard to the fundamental values of respect, tolerance, individual liberty and the rule of law.’

In the secondary phase of education, learning is largely influenced by selected examination boards and their chosen programme of study.

‘To allow parents and carers to insist that their children opt out of elements of the curriculum at that stage would be to risk putting those children at a disadvantage when it comes to the attainment of formal qualifications,’ Education stated.

In response to Deputy Paint’s claims that parents or carers might insist their children opt out of particular studies, Education said it would be entirely inappropriate, unrealistic and unworkable for schools to become places where parents and carers can insist upon a bespoke educational product for each child.

The committee therefore has no plans to review the extent of its curriculum opt out policy. 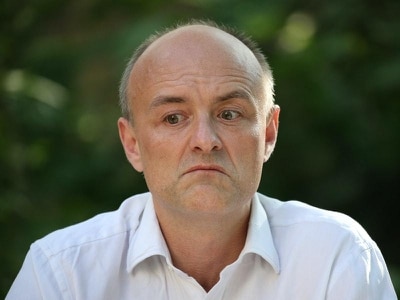