THE 45th annual International Chess Festival has played host to a unique board crafted over the past two years by a grandmaster of sculpture, Yasmin Mariess.

Held at the Peninsula Hotel, a centre piece of this year’s festival has been the chessboard and pieces painstakingly hand-crafted by Ms Mariess.

A photographer by trade, Ms Mariess took on the task as a school summer project for her daughter.

‘We liked making sculpture but we both wanted something we could work on separately rather than doing one sculpture and we both like playing chess together.

‘However, once the teenage passion had exhausted itself I was left carrying on with it by myself. My son had the bright idea of making it a Jersey versus Guernsey rivalry because we needed two sets of pieces to compete.’

Each piece has been handmade, baked and painted.

Pawns have become donkeys and crapauds [toads]; rooks have become loophole and Martello towers; knights into Guernsey and Jersey cows; bishops into La Gran’mere du Chimquiere and angel, Rene Lalique; and the queens into Liza Queripel and Lillie Langtry. While the kings have been turned into Guppy’s creation, Stone de Croze, and a Jerseyman.

Ms Mariess said there was some indecision over the Guernsey king with many suggesting John Gollop, so much so, she has made a small, one-off Deputy Gollop playing figure.

‘After making over 300 pieces altogether for all of them, some of which I have hidden around the island in shops and about Town, I’m happy with what I have as the final result.

‘I mean, as they say, an artist never really finishes their work, they merely abandon it, that’s me. I could go on perfecting it – I’m really looking forward to seeing it played with, although I feel they may find the board a little distracting from their strategy,’ said Ms Mariess.

Grandmaster and organiser of the festival, Peter Rowe, said: ‘I didn’t really know what to expect but now I have seen the board it is really quite something and I really like the character on the pieces. We do not really play with ornamental boards professionally but they are brilliant ornaments.’

The board and pieces will be on display at Catherine Best’s Mill from 5 November. 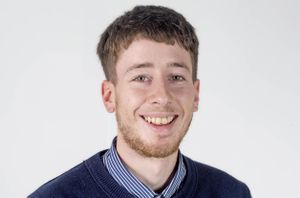 OPINION: Will the last person leaving Guernsey switch off the lights?

Prescription costs to taxpayer rise by 20% in 12 months

OPINION: Will the last person leaving Guernsey switch off the lights?

Women ‘more anxious about bills and depressed about cost of living’

Charlotte Church to make wellness retreat ‘as accessible as possible’

Swanning about – bird on the line delays rush hour commuters