DOZENS of islanders got involved with the first Women in Public Life gathering, which took place at Les Cotils. 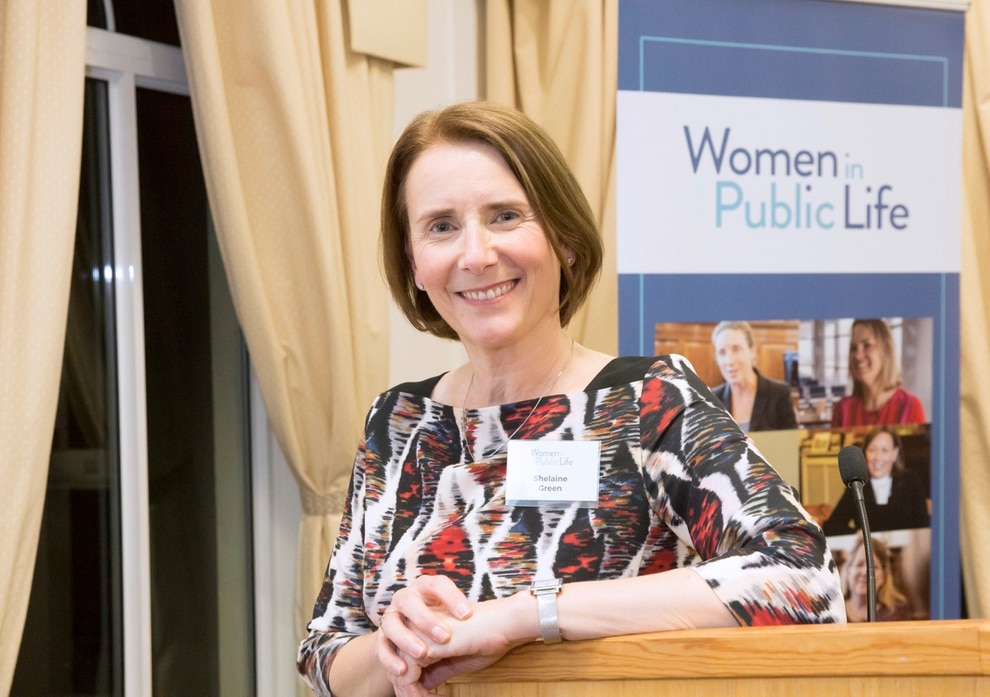 Shelaine Green, who chairs Women in Public Life, which was set up to inform women about public service roles available to them. (Pictures by Adrian Miller, 26964244)

The speed-dating-style event saw 13 table hosts talking about women in public life and the roles that are available.

Women in Public Life chairperson Shelaine Green said there had been a great response.

‘When we first started thinking about this six months ago, we talked to all sorts of people about whether it would work and what the benefits could be,’ she said.

‘It’s lovely to now see a room full of people and sharing their knowledge.

‘The feedback we have had was that this [organisation] is definitely needed. There’s a huge thirst for knowledge and events like this means we can take information and bring it to life.’

Among the people at the event was Tanya Richards-Pugh.

‘We have been finding out more about the roles that are available in public life and it’s been very interesting,’ she said.

‘It’s very helpful. I’m not looking to stand as a deputy, but I definitely want to do more research and see what positions there are available.’

Also among the audience was Deputy Louise Doublet, who is a member of the Jersey States’ Diversity Forum, which was set up in 2017 to increase and promote diversity in that island’s politics.

She said the evening had been interesting.

‘I have found it very inspiring,’ she said.

‘We are here to learn and see what is happening in Guernsey. It’s such an important area and it is good to share our ideas and show what we are doing.’

Deputy Doublet said she might look at running a similar event in Jersey.

‘This looks like it’s been a real success,’ she said. ‘I feel very lucky to have been here and to have met some very inspiring people.’

Ms Green said the next step was to talk to women who were interested in taking the next step into public life so that they could be offered support.

She added that there were a lot of misconceptions about what the organisation was trying to do and said that they were always keen for the best person to get a job – whether they were a man or a woman.

‘You choose from the people who apply for a role,’ she said. ‘All we are trying to do is increase the candidate pool, so there are more people to choose from.’