EXPLAINING why children can’t go to school or play with their friends can be hard. 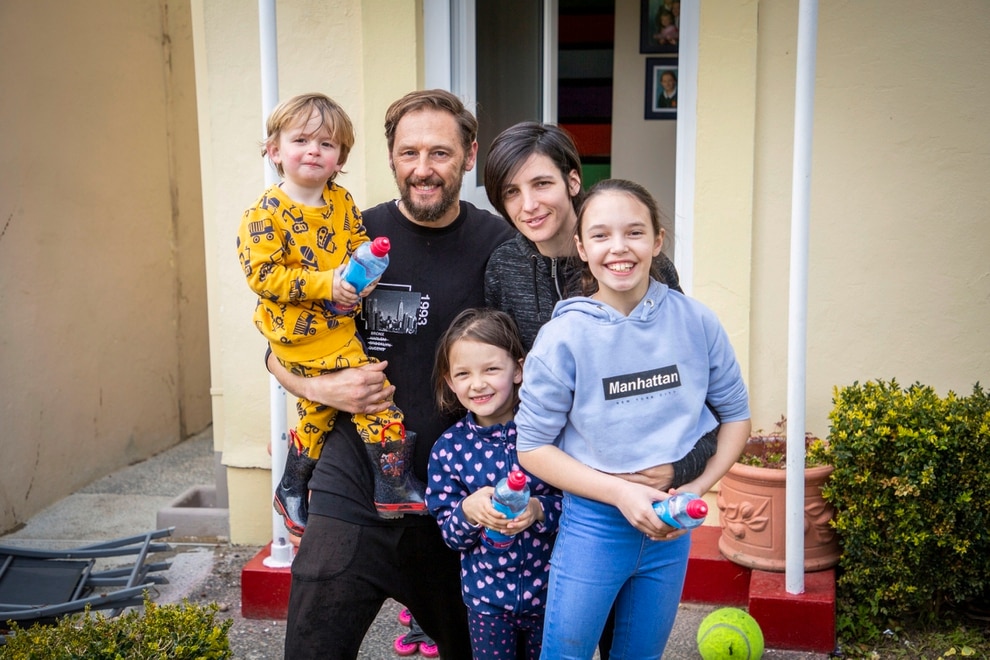 Dave Hyett and his family have moved to the Millbrook Estate only recently. They took part in the Clap for Children and are keen supporters of the rota system for outside play. Left to right, Lincoln Hyett, 2, Dave Hyett, Evie Hyett, 7, Jade Hyett and Ruby Fisher, 10. (Pictures by Sophie Rabey, 27885587)

That is why on Sunday afternoon some islanders took part in the Clap for Children event which showed appreciation and support for the youngsters caught up in the coronavirus crisis.

Residents of Millbrook Estate in La Vrangue took part and have come up with a way to ensure the children can play safely by organising a rota.

Dave Hyett and his family moved to the estate just before the lockdown.

‘Our next door neighbour came up with the idea to approach Guernsey Police and ask if they would allow us to come up with a rota where children in each family could play on the estate.

‘The police liked the idea because it was a safe place near home for the children to play, there’s no traffic and no chance of bumping into other people,’ he said.

The estate has a Facebook group through which families can select a time slot to play outside on the estate.

‘Others are in their houses or gardens so it’s a great way to have a bit of a run-around completely isolated,’ said Mr Hyett.

He spoke about the challenges some parents will be facing in talking to young children about the pandemic.

‘We’ve got a two-year-old who is pretty oblivious but a seven- and 10-year-old who can’t play with their friends.

‘My wife and I have taken a very honest approach with them and have said there’s a nasty germ going round that can make people very poorly.’

He stressed to the children that although they might be OK if they caught it, someone like their grandmother might get quite unwell so it’s safer for her if the children just wave hello through the window.

‘We’ve been telling them that while normally we always share, it’s better not to at the moment.

‘We can always smile and wave at people though, it’s nice to be friendly... just from a distance.’

Clapping for the children was another way to bring the community together and show support for one another.

‘We’ve been trying to keep it as positive as possible around here, dancing on the doorstep and things like that.

‘Darcy the Donkey mascot even made a special appearance, which really made the kids smile – that is so important at this time.’