‘Five years of Corbyn in power better than Brexit’

‘FIVE years of pain’ of a Corbyn government and staying in the EU would be better than Brexit, Guernsey-based entrepreneur Guy Hands has declared.

The high-profile businessman also warned that the UK would be plunged into decades of economic decline if it leaves the EU without a deal when he spoke at a Chamber of Commerce Skills Exchange event at St Pierre Park, hoping to inspire young people to become entrepreneurs. One teenager asked Mr Hands what he thought the UK would look like after Brexit.

‘If the UK leaves with no deal, I think the UK will plunge into total economic decline, with no way out for 20 years,’ he said.

‘I think it’s an absolute and complete disaster, personally.’

He said while Conservative leader hopeful Boris Johnson was right that Theresa May’s deal was worse than remain, he felt it was the best deal the UK was likely to get.

Mr Hands went on to say that while Mrs May might go down in history as one of the UK’s worst prime ministers, she had shown more strength and capacity to deal with pain than any of the potential Conservative leaders.

‘It’s that tolerance for pain that makes really makes you successful,’ he Mr Hands.

The entrepreneur added that if he was asked to choose between voting for Jeremy Corbyn or Conservative, and the Labour leader was advocating that the UK remain in the EU, Mr Hands would vote for Labour. That way it would just be ‘five years of pain’ rather than decades.

Mr Hands left the UK 10 years ago, but still regularly travels back, as his family lives in Kent. He said he had seen a real shift in people’s attitudes, with a rise in anger and extreme views, such as racism.

‘I think it is really, really scary,’ he said.

‘The problem with economic decline is it tends to bring polarisation, politically.’

He noted that in 1929 Germany was the most progressive country in Europe. And four years later the Nazi party was in power.

‘It does happen very, very quickly and you don’t know what you’ve lost, until it’s gone,’ he said. 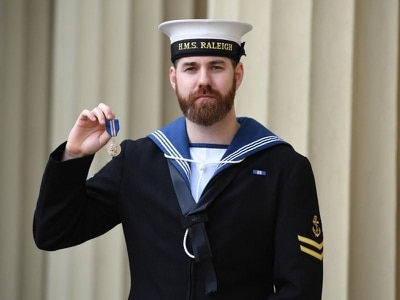