Final link with Weymouth gone as ferry terminal is demolished

NEVER again will islanders be able to catch a ferry to Weymouth as the harbour’s port terminus is demolished after funds were secured for the area’s regeneration. 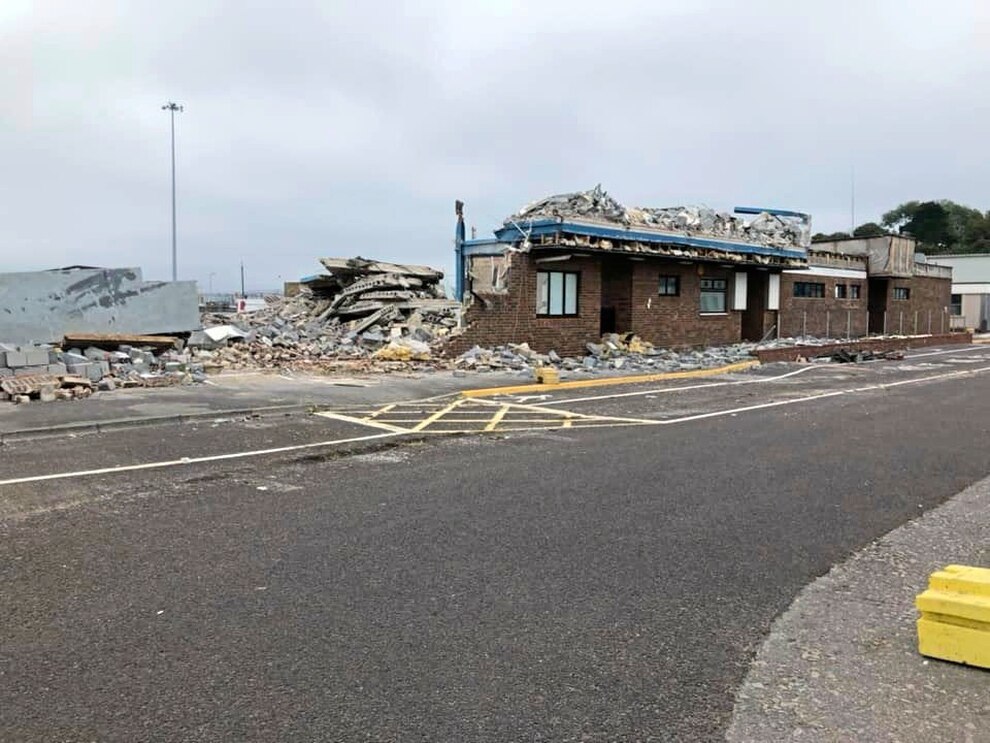 Plans were agreed to redevelop the former ferry terminal in Weymouth last year and funding has now been secured for the work, which will include redeveloping the peninsula on Dorset’s Jurassic Coast.

Dorset Council’s portfolio holder for Environment, Highways and Travel, councillor Ray Bryan, said it was ready to be developed.

‘Weymouth quay and harbour now has a bright future as a leisure destination and vibrant working quayside, after £3.79m. was secured for its regeneration,’ he said.

‘The cross-Channel ferry service ceased after the operator bought a new ship which, at 335ft, was too large for the harbour.

‘The £3.79m. was secured from the Coastal Communities Fund by the Weymouth Quay Regeneration Project.’

Condor Ferries relocated its cross-channel services to Poole in 2015 after a new larger ferry was decidedly too big to be catered for in the port.

This came two years after Weymouth and Portland Borough Council spent £4.5m. rebuilding its ferry berth after it began to collapse in 2012.

Then in 2016, the harbour was branded a financial liability by Labour councillor and vice-chairman of the Weymouth Harbour Board Colin Huckle.

Plans for a new passenger ferry service from Weymouth to Cherbourg also stalled in 2017 due to a lack of funding.

With funding now secured and redevelopment of the ferry terminal under way, past users of the service have rued its demise.

Islander Michelle Louise Endicott, in response to a picture of the terminus being demolished, posted on Facebook: ‘Terrible shame, loved going to Weymouth on the ferry.

‘I was hoping one day it would change, doesn’t look like it now.’

‘Earl Godwin’ also commented that is was a wasted asset.

The funds for the latest project were secured by Weymouth and Portland Chamber of Commerce, Weymouth BID, Dorset Council, Weymouth Area Development Trust, Weymouth College and other business representatives, who are said to be delighted to have secured it.