Hundreds march in support of nurses

A MARCH calling for the Policy & Resources Committee to increase nurses' pay saw an estimated 1,500 people walk in support of the plight. Nurses and their supporters gather in Salerie Corner ready for the march. (Pictures by Ben Fiore, 25846352) 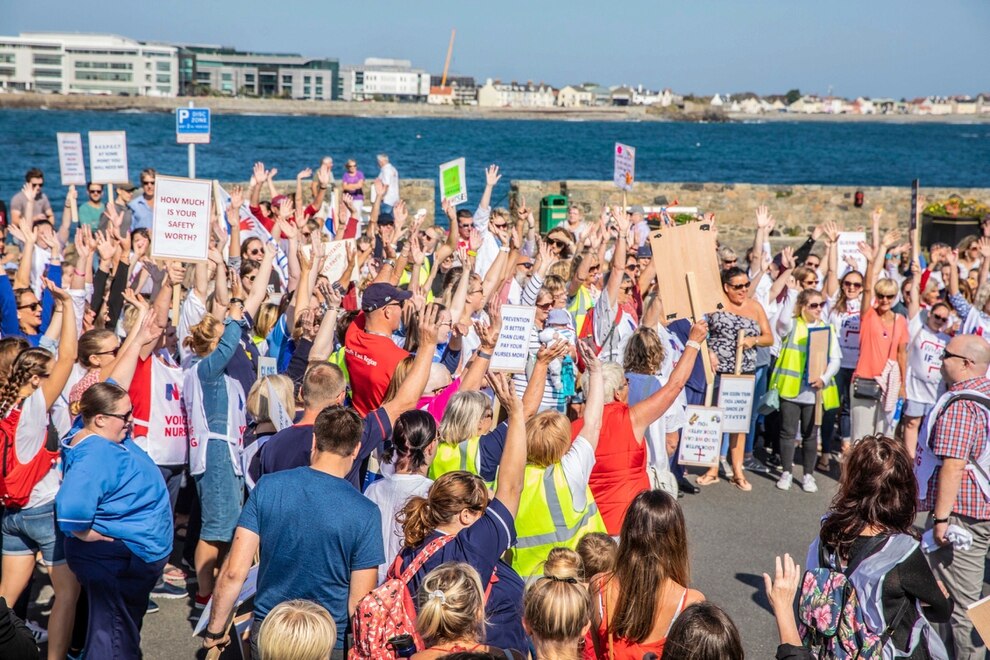 Many marchers brought placards and banners to make their point. (25846364) 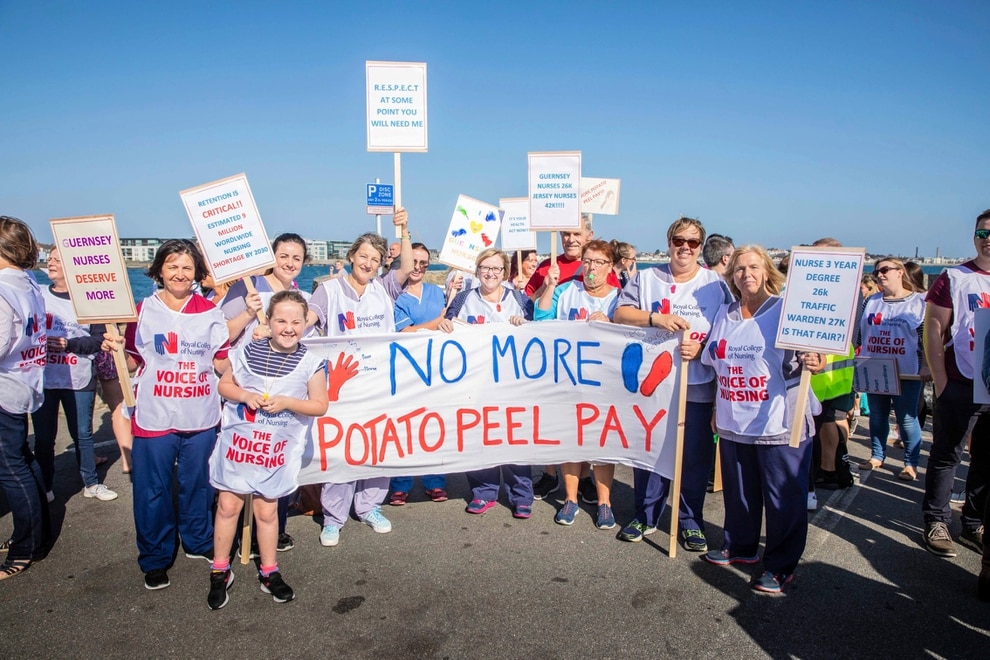 Nurses and supporters made placards and banners for the march. 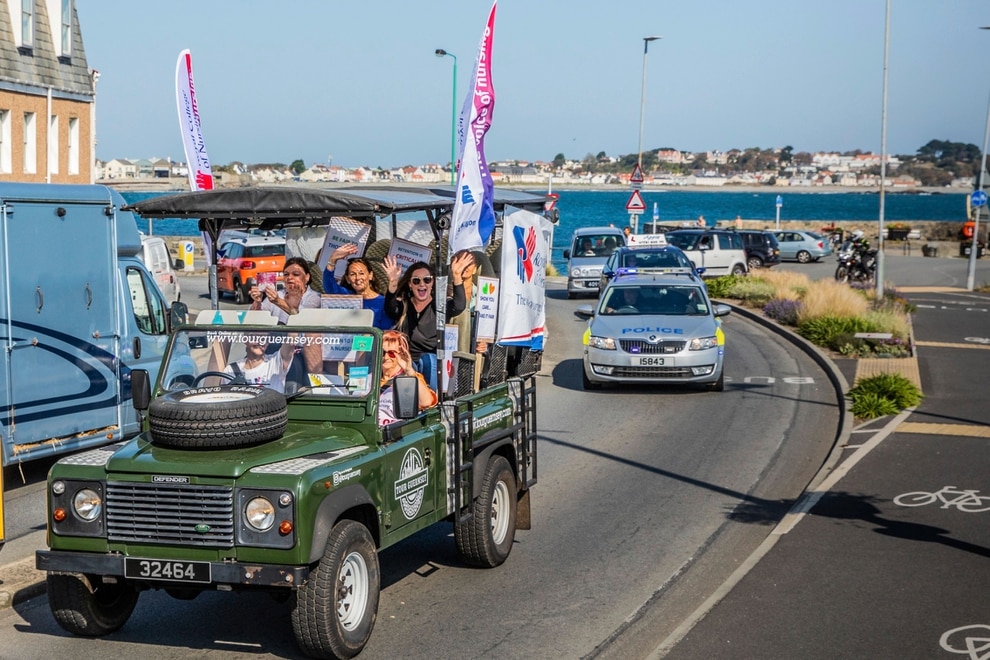 The protesters came by vehicle and on foot. 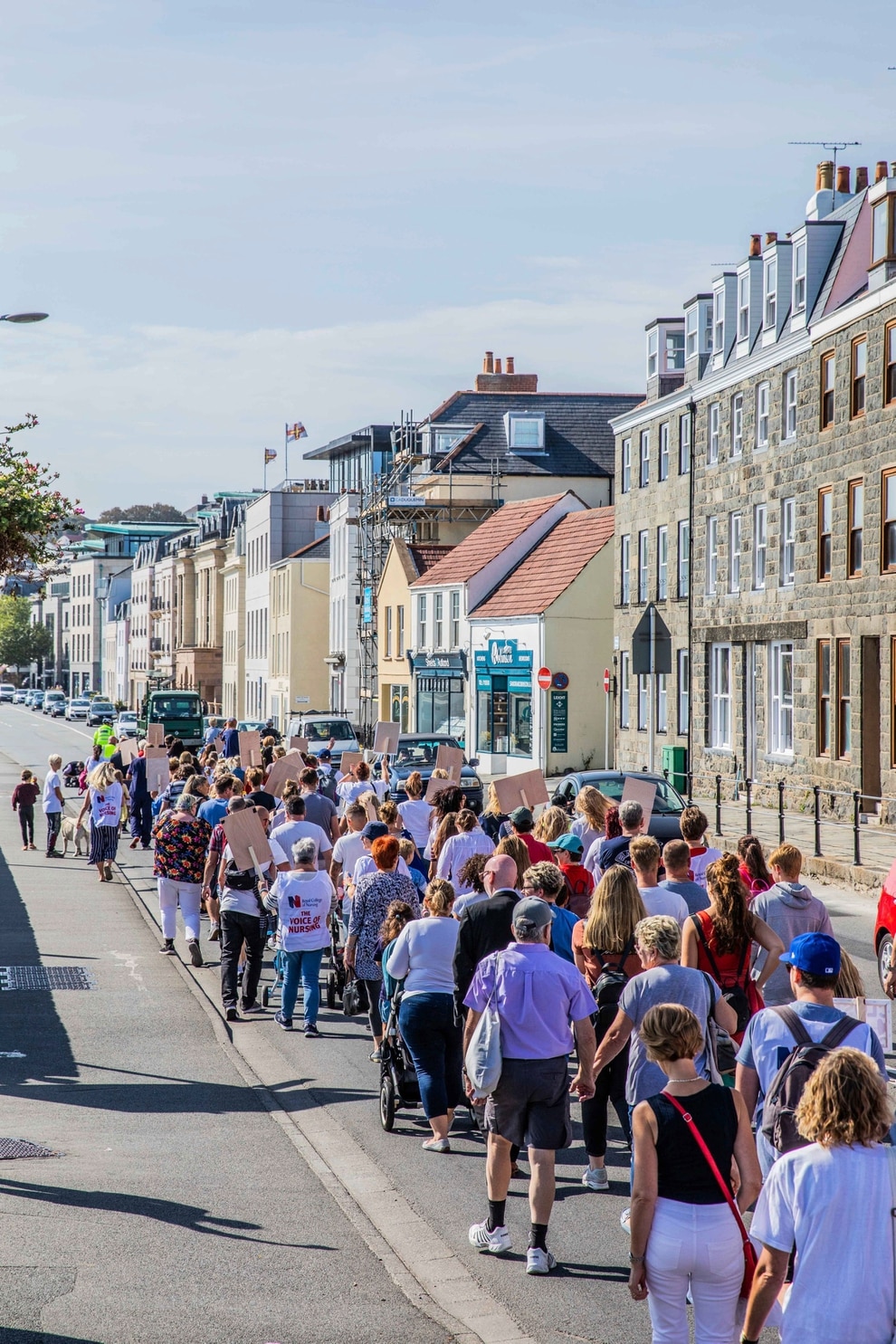 Organisers estimated there were 1,500 people on the march. 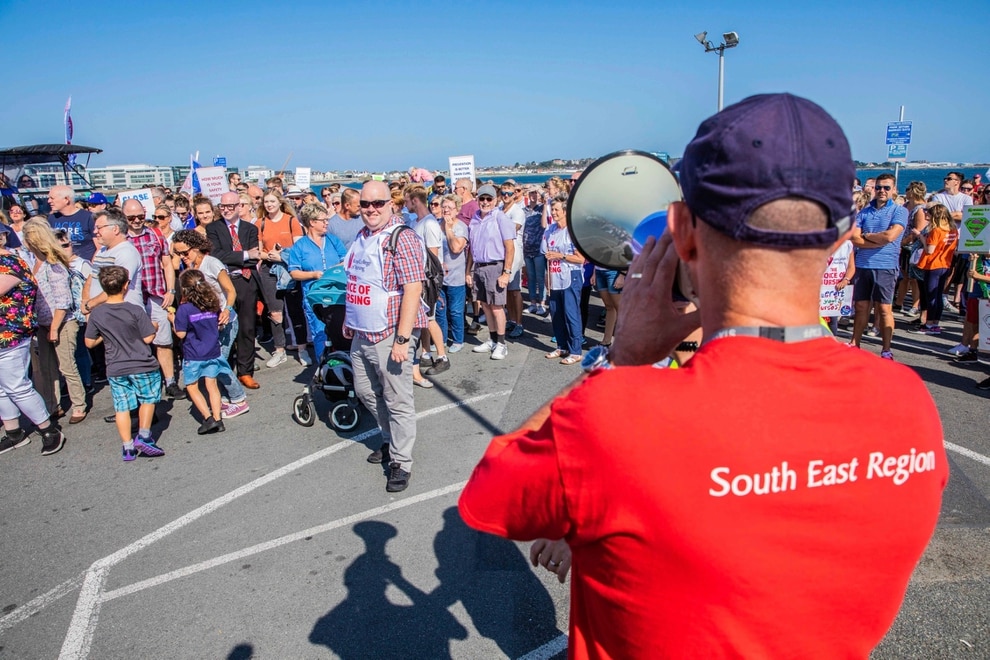 The nurses have the backing of their union.

On Saturday nurses, health workers and members of the public joined together to recognise the need to address disparity in nurses' pay.

It was organised by the Royal College of Nursing and saw crowds gather for 11.30am at Salerie Corner to march through Town.

'It was fantastic, we had such amazing support from nurses, the region and national council,' said chairman of the RCN Guernsey branch Steve Mundy.

He estimated around 1,500 people turned out.

Mr Mundy said they did have a conversation with Policy and Resources committee member Deputy Jonathan Le Tocq at the event. However, what the committee was bringing to the table was not good enough.

'A ballot rejected the 5% unanimously. Nurses and the public are 100% on board with us.'

Mr Mundy said he hoped the march would bring P&R back to the table with a better offer.

RCN and the Royal College of Midwives are both holding out for a 10% rise.

Sandra James, MBE, used to be the Royal College of Nursing UK council chairperson and was president of the local branch.

She has been fighting for nurses' pay for more than 30 years and was also at the march.

'P&R are closing their ears and eyes and hoping we will go away.

'I hope it will bring the president of P&R to realise that we do have the public on our side.'

'There's still 20 minutes and the fact that all these people support us. It's time we marched. The last one was well over 20 years ago.'

Nurses also turned out, not just in small groups but in their wards.

Ellen Waring is the manager of Brehon Ward and was joined by her team.

'It's marching for recognition of the fact that there is such a pay difference across services in the States.

'But it's not just about pay but equal pay for equal work.

'Nurses work hard, the training never stops, the hours are demanding and it's a fundamental role.

'We do it for the pleasure, not for the money but we need to live.'

Ms Waring said it was also about encouraging the next generation to pursue nursing careers.

Aimee Gaudion was at the march having just qualified.

'When you're at uni you just get your coursework but with us we work full-time on the wards and have to complete our assignments as well. It's very stressful.'

Ms Gaudion said they were marching to get the pay they deserved.

'I don't think people realise how much we do on a daily basis.

'There are jobs with so much less responsibility that are paid so much more.

'The time is unsociable, the number of unpaid hours we give up to help.

'Others say "Well it was your choice, you didn't have to do it" but if everyone thought like that we wouldn't have any nurses.'