‘Help me clear my name after more than 30 years’

MORE than 30 years after being convicted for a crime he said he did not commit, Nigel Simon is offering a £10,000 reward to anyone who can help him clear his name. 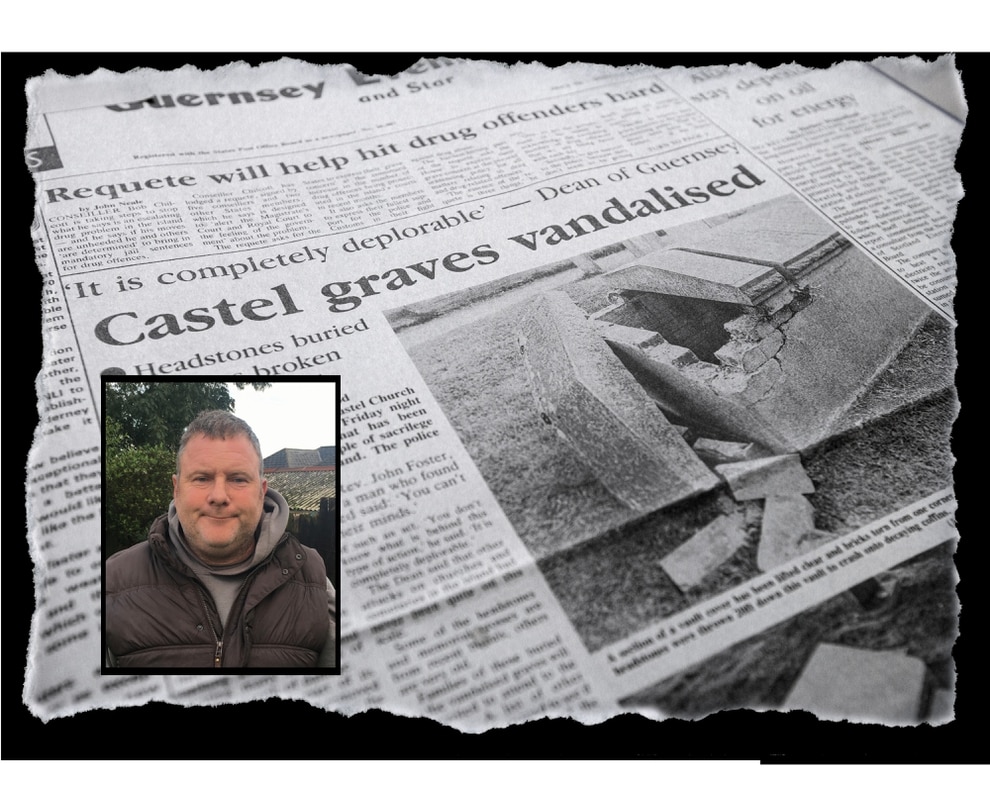 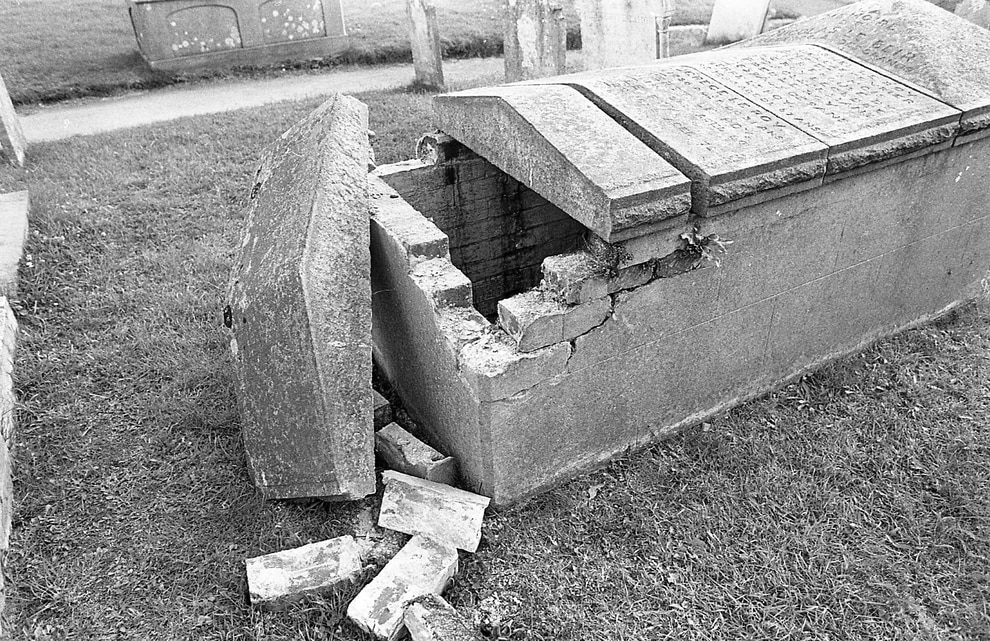 MORE than 30 years after being convicted for a crime he said he did not commit, Nigel Simon is offering a £10,000 reward for anyone that can help him clear his name..Mr Simon was convicted of causing damage to the graveyard at Castel Church.. (26135522) 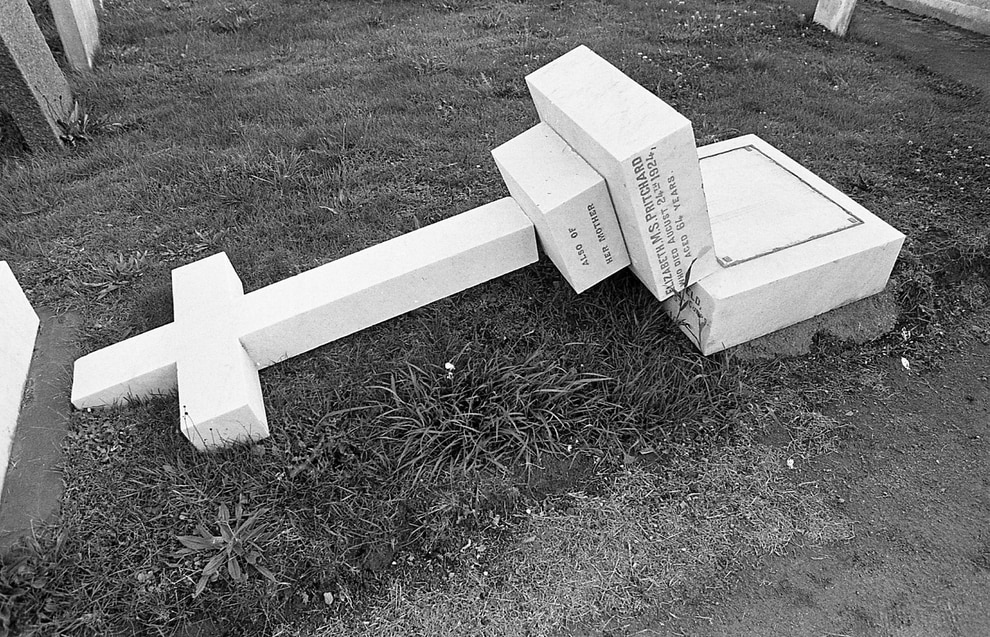 MORE than 30 years after being convicted for a crime he said he did not commit, Nigel Simon is offering a £10,000 reward for anyone that can help him clear his name..Mr Simon was convicted of causing damage to the graveyard at Castel Church.. (26135525) 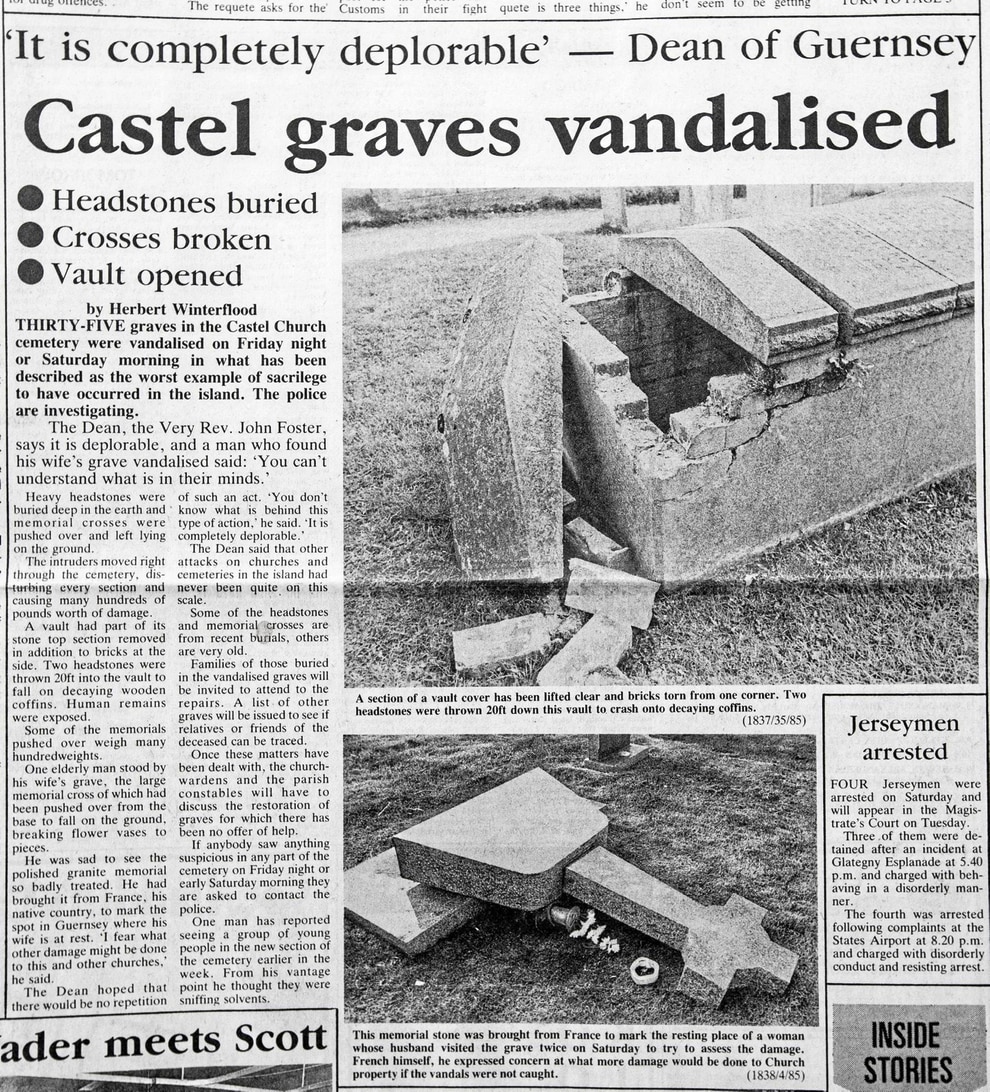 An article printed on the front page of the Guernsey Evening Press on Monday 26 August 1985. Picture by Peter Frankland. (26135535) 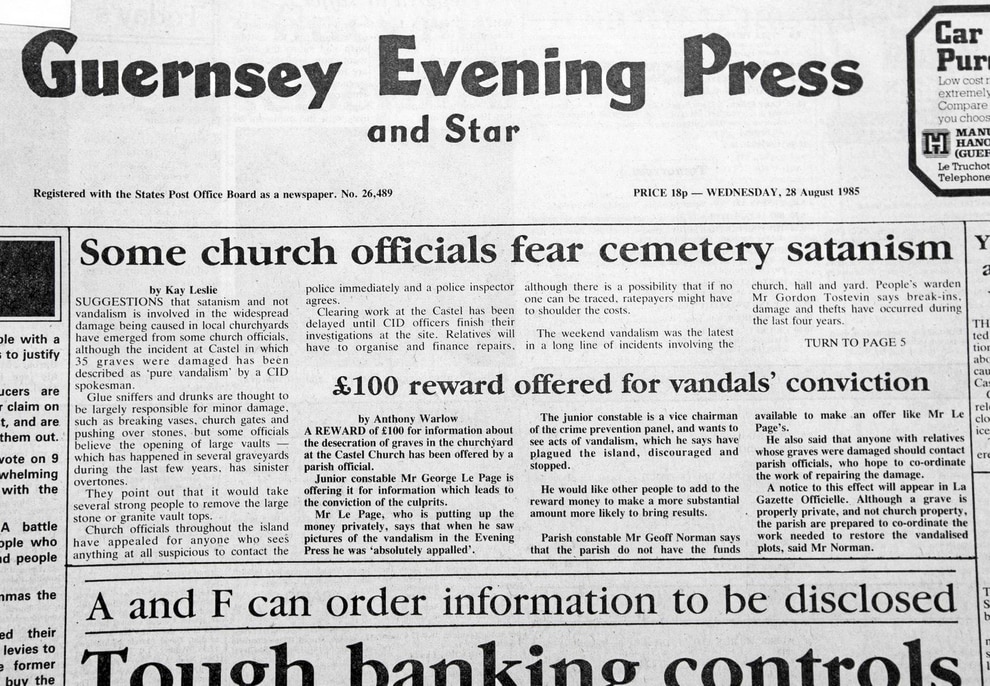 An article printed on the front page of the Guernsey Evening Press on Wednesday 28 August 1985. Picture by Peter Frankland. (26135550) 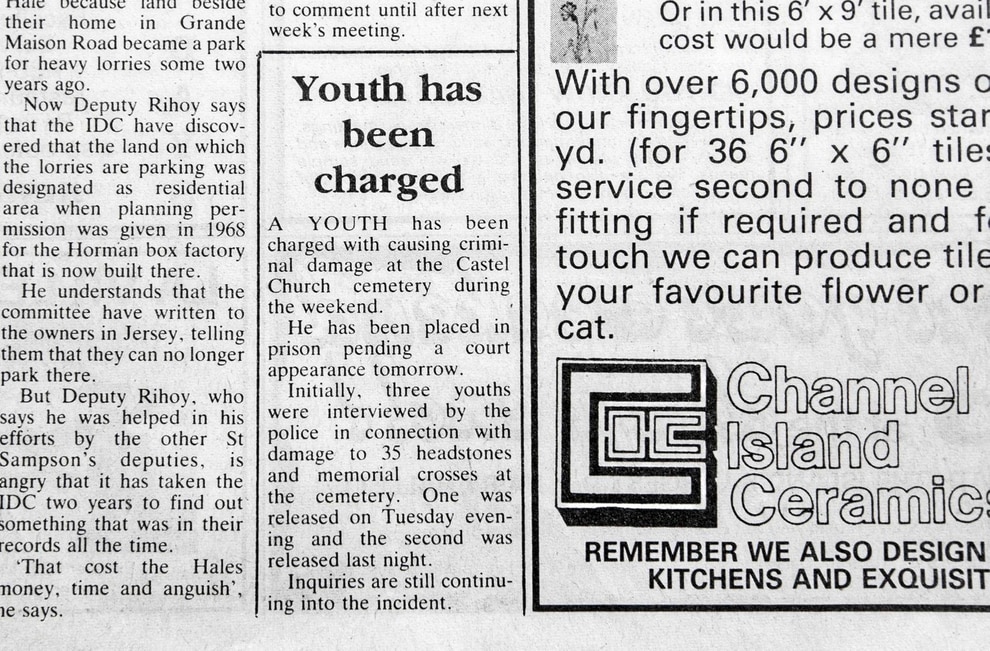 An article printed on the front page of the Guernsey Evening Press on Thursday 29 August 1985. Picture by Peter Frankland. (26135554) 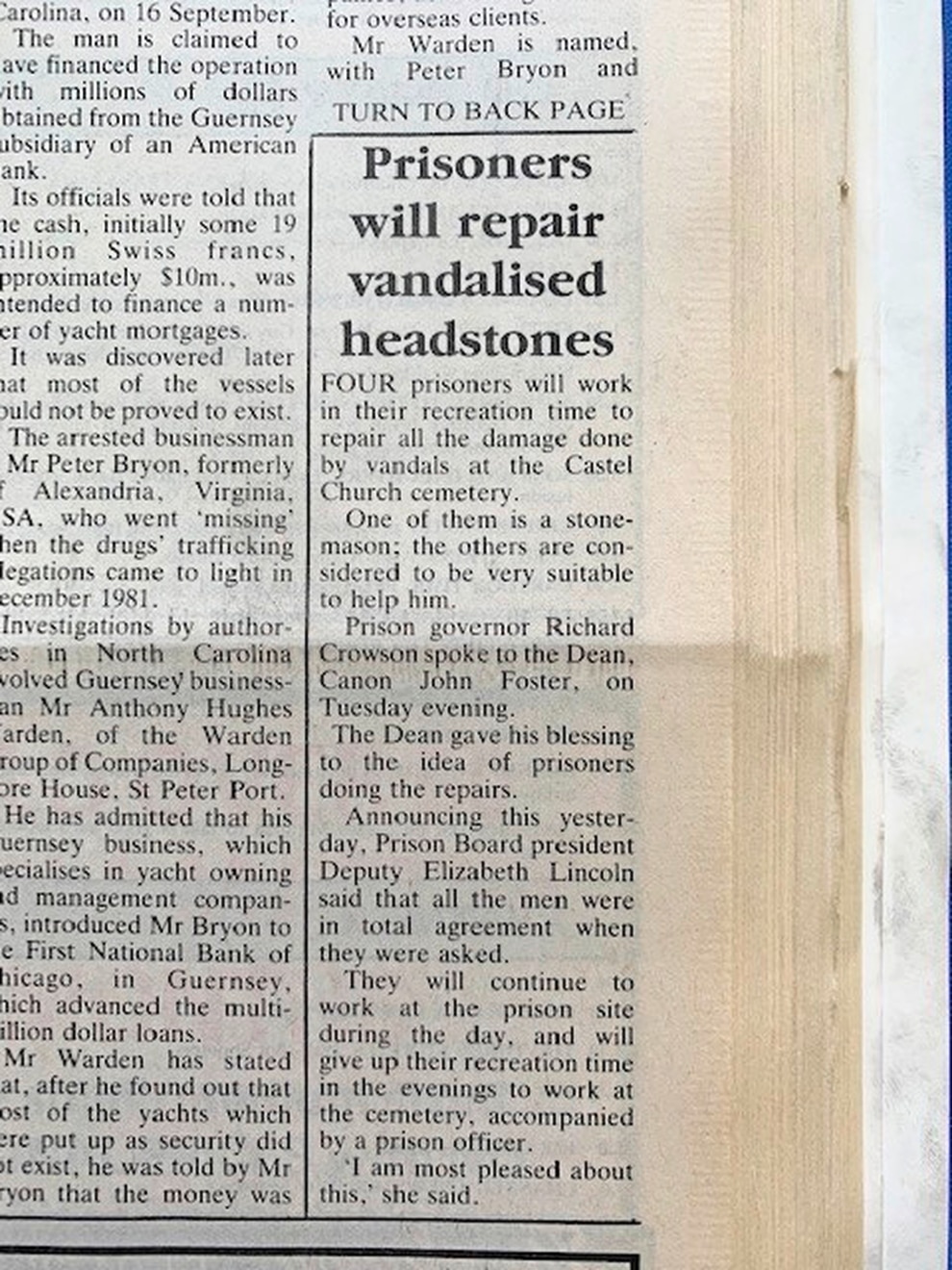 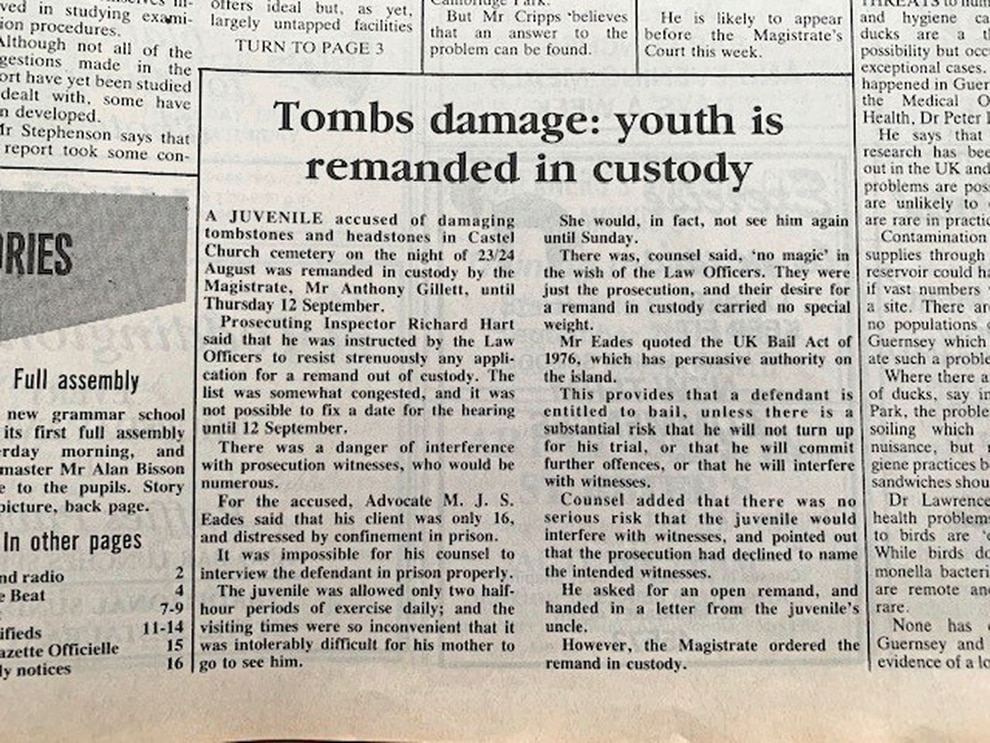 An article printed on the front page of the Guernsey Evening Press on Monday 26 August 1985. Picture by Peter Frankland. (26135568) 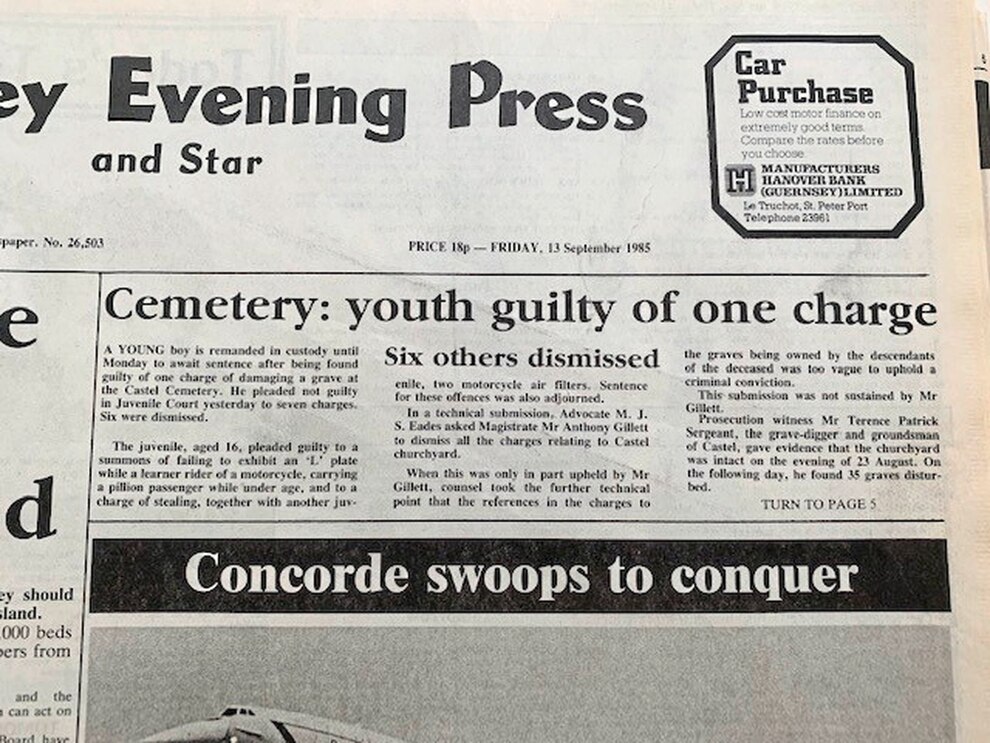 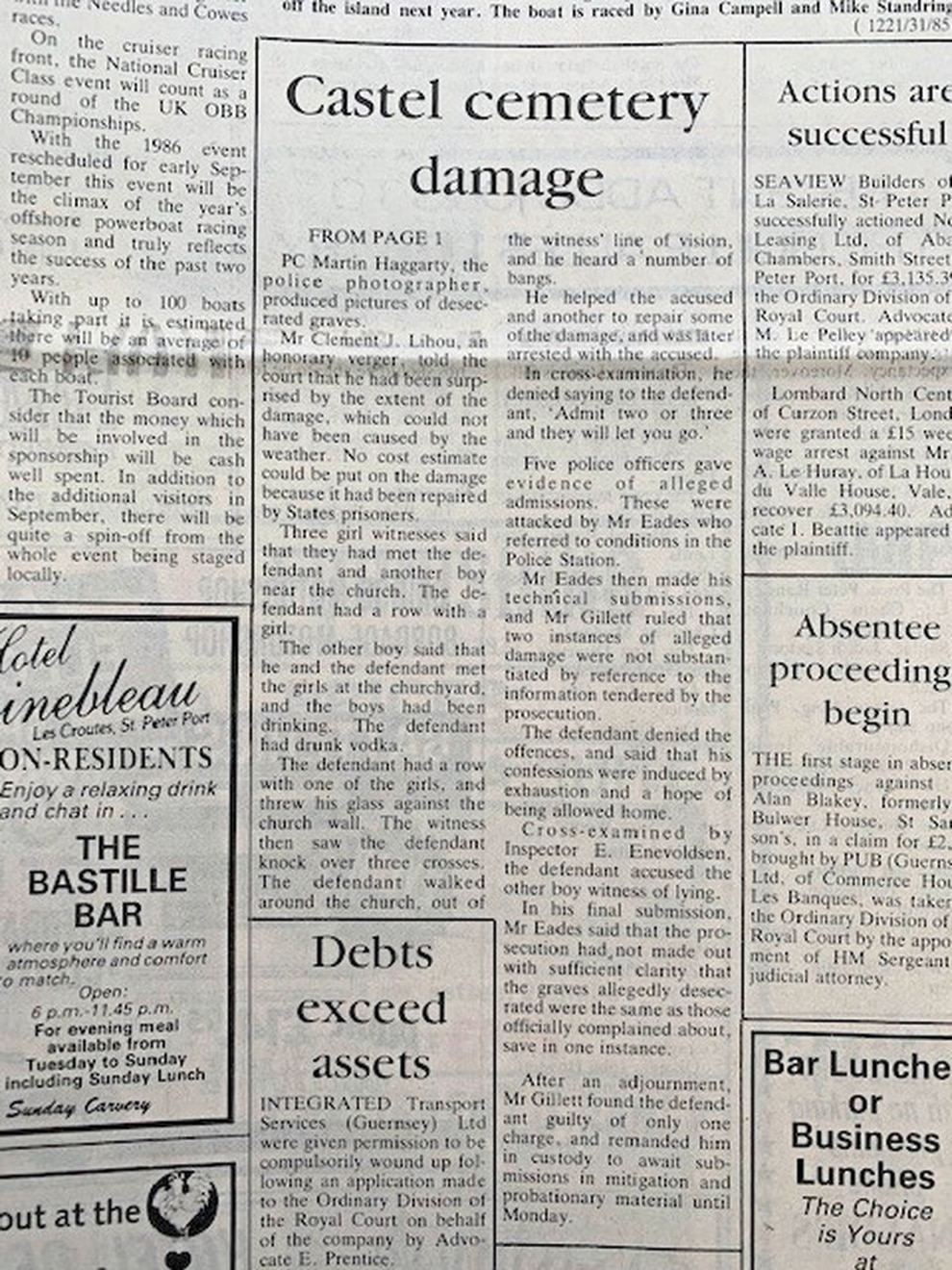 Continued: An article printed on page five of the Guernsey Evening Press on Tuesday 17 September 1985. Picture by Zoe Fitch. (26135596) 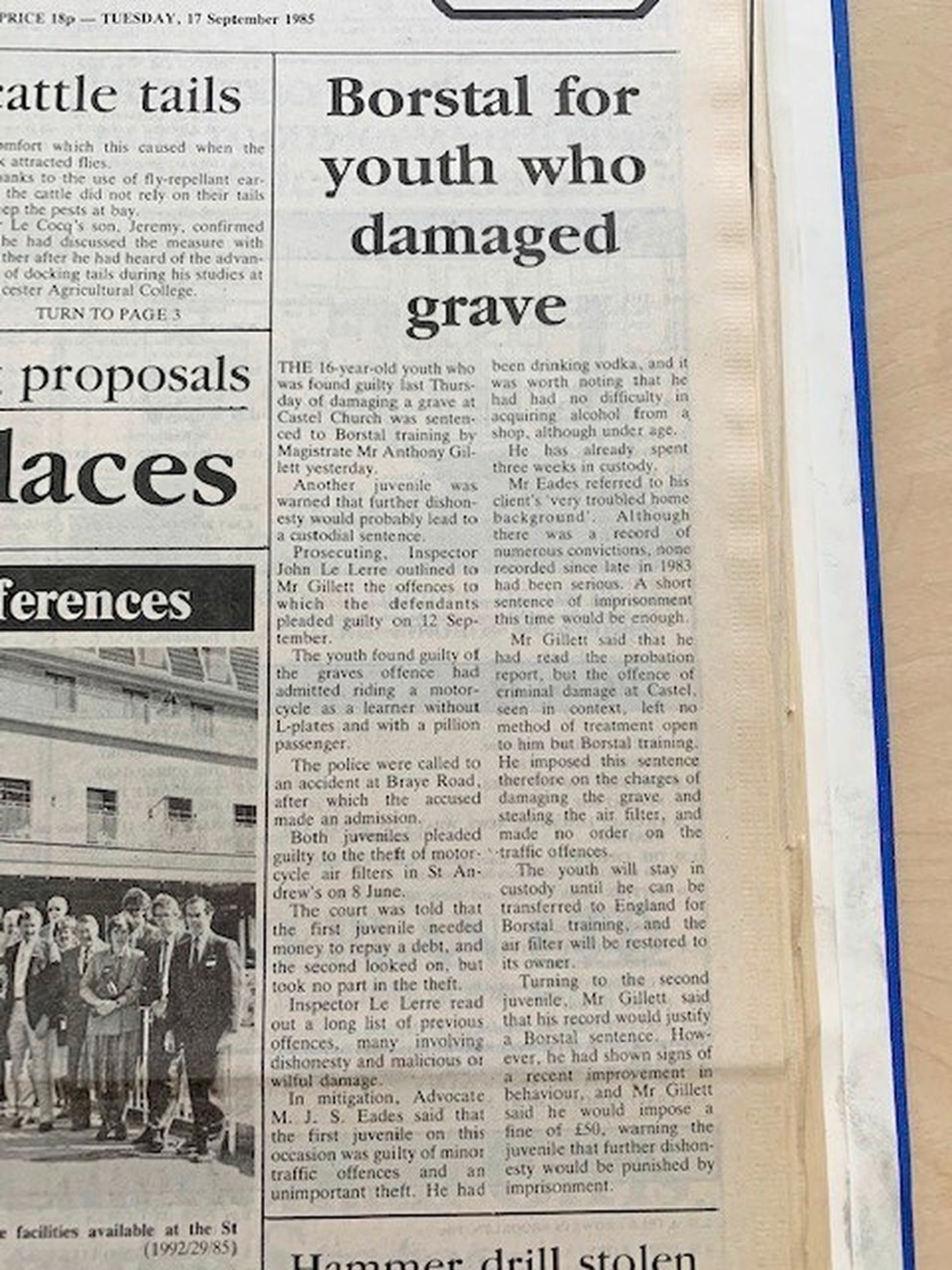 Mr Simon was 16 when he was found guilty of damaging ‘35 headstones in six to eight minutes’ at Castel Church cemetery in the summer of 1985.

He was sent to borstal [youth detention] in the UK, but has always protested his innocence.

Now he is offering the reward to anyone who can provide him with valuable information in the ‘utmost confidence’.

Born and bred on the Courtil Portier estate, a stone’s throw from Castel Church, Mr Simon, by his own admission, was not a shining light of the community but said he would never – and that it would have been physically impossible for him to do so – carry out the vandalism on the night of 23/24 August 1985.

‘Cast your mind’s back to 1985, the Castel Cemetery church yard was badly vandalised and damaged,’ he said.

‘There was a lot of publicity on the television and local papers and an uproar, which is understandable.

‘As a 16-year-old youth living nearby, and having been out that night, hanging out near the bench at the top of Rectory Hill so as to not disturb people with our scooters, myself and another were arrested on suspicion of causing the damage two days after the event.

‘We were kept in custody for two-and-a-half days and were both interviewed on numerous occasions separately.’

Mr Simon said he was deprived of sleep, questioned continuously and ‘hounded, asking the same questions’, which he kept denying.

‘I was questioned with my mum, sometimes with my probation officer and much of the time on my own.’

After some time, in which visiting times were so poor his mother was unable to visit regularly, as noted in the Guernsey Press during the case, Mr Simon says his friend made a statement to say that he believed Mr Simon had caused the damage.

‘Eventually, the other person who I was arrested with decided to tell them I did it, who I have since been told was under the instruction of his father.

‘He was released and I was taken to prison on remand for my own safety. I was on remand for six weeks, at which time the Guernsey Prison sent a work team to the graveyard to do repairs.

‘On their return, one of the prison officers said to me, “You must be very strong to do what you did”.’

It was the idea of a prison staff member to have four inmates carry out voluntary work to get the repair work completed to the graves swiftly, with a group going to the cemetery most evenings to carry it out.

A spokesman for the prison at the time said he did not realise how much damage had been done until he walked around the cemetery.

Mr Simon continued: ‘Eventually, I was sentenced to 12 months’ borstal (youth detention) in the UK.

‘The lads in borstal couldn’t believe what I was in there for, most of them had been sentenced for serious crimes and when I said criminal damage they laughed at me.

‘After my release, my life for many years spiralled out of control.

‘I am not prepared to let this go and be brushed under the carpet.

‘I am now in a position to offer a reward of £10,000 for information and names to help bring this back to court and resolve and clear my name.

‘Any information and help will be in the upmost confidence.

‘Please help to right this injustice.

‘However small the information may seem, I believe there are people who know what really happened that night.’

The initial report in the Guernsey Press on Monday 26 August 1985 says headstones were pushed over weighing ‘many hundredweights’ and refers to a man who reported seeing a group of young people in the cemetery taking what he thought were solvents.

From a legal standpoint there is no statutory limitation on the case and it would be the operational decision of the police, based on resources and significance, whether any investigation could be reopened.

Mr Simon has always maintained his innocence and says he pleaded not guilty when appearing in the dock in September 1985.

He is contactable via Facebook if anyone has any information regarding the incident.