A TEENAGER who repeatedly spat at police officers and covered the inside of a police vehicle with phlegm during the pandemic has been handed a suspended prison sentence.

Judge Gary Perry said that spitting during a pandemic was a serious offence.

The Magistrate’s Court heard that police were called to a disturbance at a residential property at 6am on Liberation Day.

As they arrived they could hear a woman screaming inside. They entered and found Clarke in the hallway, drunk and emotional.

There were other people around, but they were calm.

The officers asked Clarke leave the property, but she refused, so they arrested her to prevent a breach of the peace and put her in a police vehicle.

Once inside, she kicked the vehicle door and spat repeatedly.

At the police station she kept spitting and swearing. One of the spits hit the knee of an officer. Clarke said the officer deserved to be spat at.

Due to Covid-19, officers took the spitting threat very seriously and Clarke was fitted with a spit and bite guard.

The police vehicle that had carried Clarke had to be deep cleaned by an officer, due to the risk of Covid-19.

In interview, she said she regretted her actions.

Defence advocate Samuel Steel said his client was very sorry for the way she behaved and she had written a letter of apology to the officer.

Judge Perry noted that the letter had been written only a few days before the court hearing. If she had shown true contrition, he added, she would have written the letter months ago.

Advocate Steel said his client had seen her ex-partner with his new girlfriend the night before the incident and that had upset her, resulting in her drinking and becoming emotional.

He did accept that spitting was especially serious at the current time.

He asked the court to note that Clarke had never been diagnosed with Covid-19 and had not been trying to threaten or frighten the officers by spitting at them.

He added that his client was a completely different person when she was not drinking and she was now very scared of getting a sentence of youth detention.

Judge Perry noted that Clarke had come to the attention of the authorities a number of times before and if she kept going down her current path, judges would soon have few options for how to handle her behaviour.

He noted that Clarke seemed more worried about herself than how her behaviour had impacted others. ‘These were your actions,’ he said. ‘Nobody else’s.’

He said her actions were too serious for a community service order.

Clarke was sentenced to six months’ youth detention for the assault.

Judge Perry paused for several seconds before saying the sentence was suspended for 18 months.

She was also ordered to pay £400 compensation to the officer she spat at and was given a 12-month probation order.

Judge Perry said if she came back to court, she would go to youth detention. 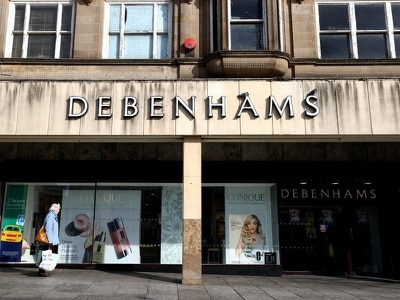