REGIONS of England with high Covid-19 infection rates could be moved to Group A, rather than the whole country, in an effort to allow islanders the opportunity to travel. 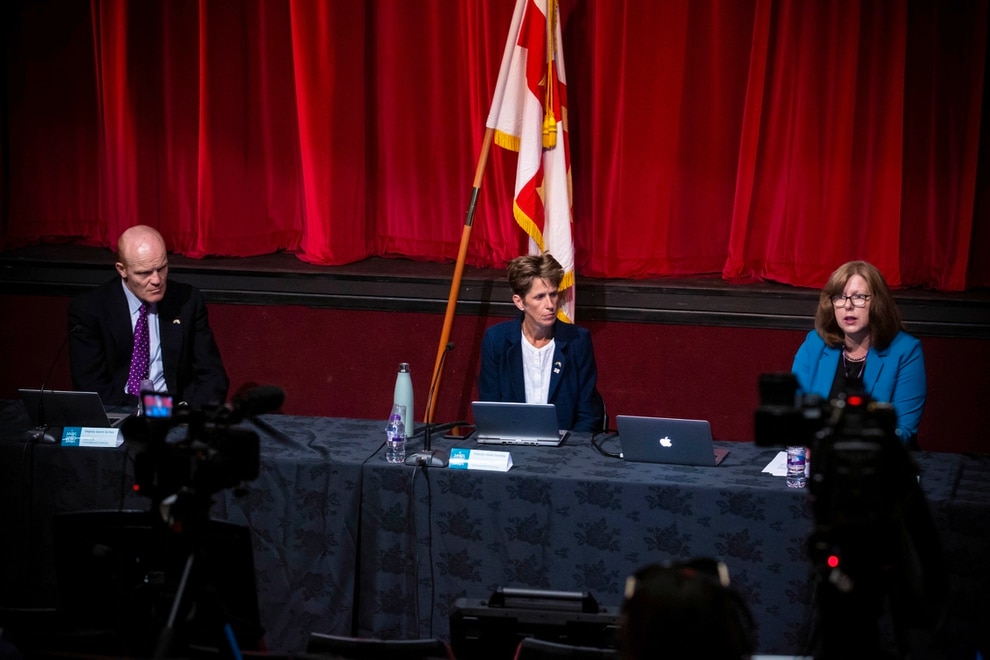 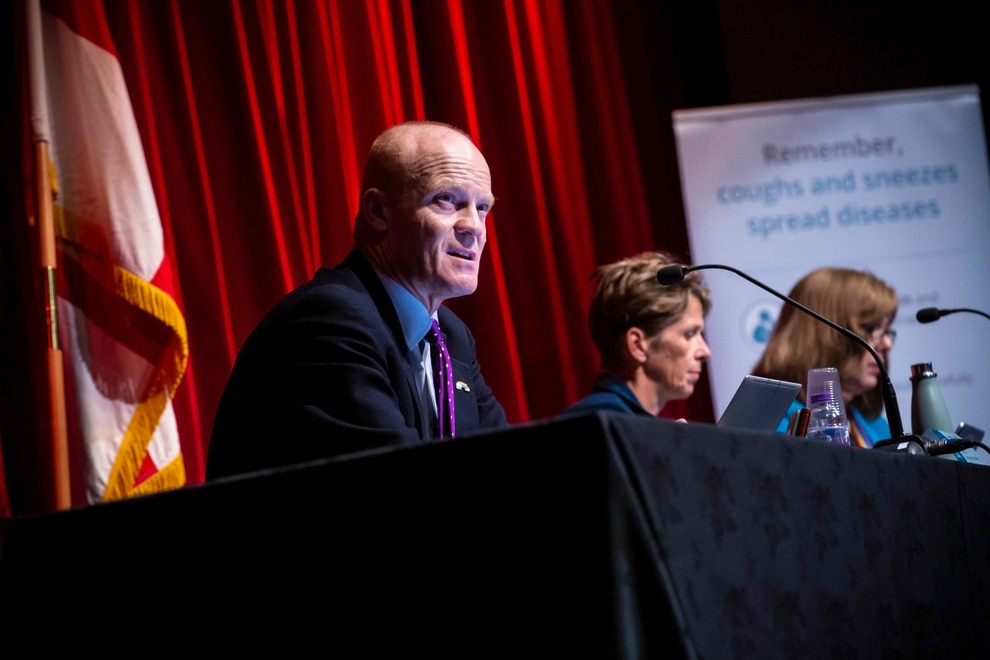 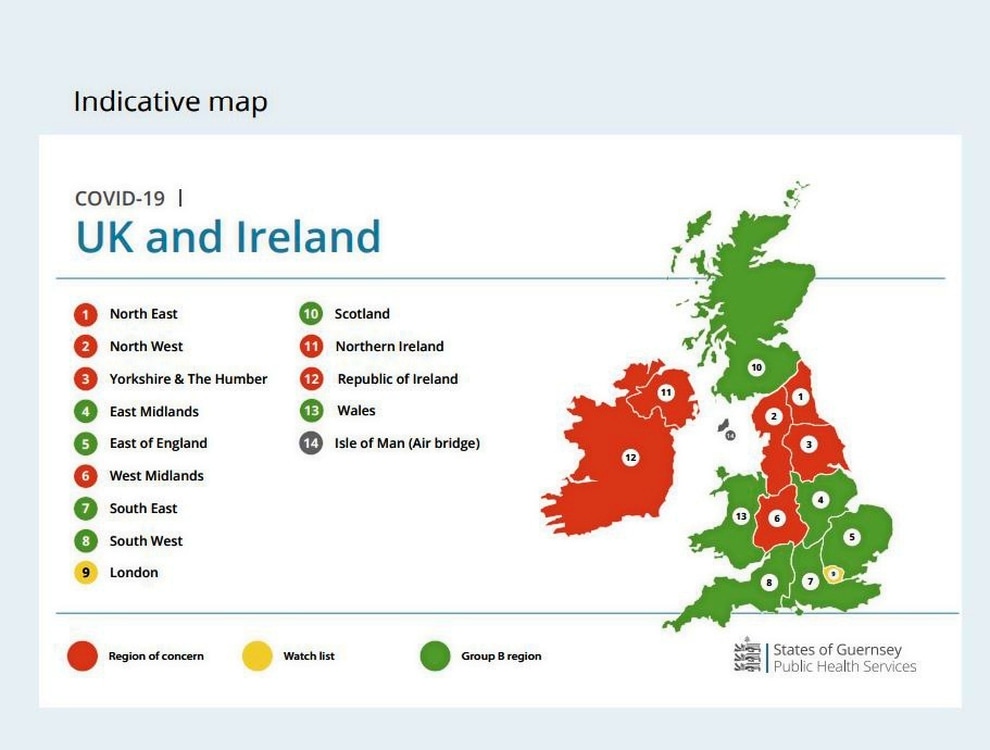 The UK's regional classifications as set out by Public Health Services yesterday. (Infographic by States of Guernsey.)

Recent high levels of infection in England mean it currently sits on the Group B watchlist.

However, if it remains there for seven days, certain regions which exceed the Group B threshold [less than 30 cases per 100,000 people] could move to Group A, meaning people returning from these regions would need to self-isolate for 14 days.

On Monday, England reported almost 3,000 new confirmed infections in a single day, the highest number since May.

If the numbers do not fall, some regions could become Group A one- minute past midnight on Tuesday 15 September.

An announcement will be made tomorrow to clarify this.

Civil Contingencies Authority chairman Gavin St Pier said they wanted to give islanders as much notice of the potential change as possible.

As of yesterday afternoon, particularly concerning areas were the northeast and northwest of England, as well as Yorkshire and the West Midlands.

England is the most common point of origin for travellers coming to the island, but Director of Public Health Dr Nicola Brink explained how people might be affected if they were travelling through a Group A region. ‘If you have transited through an area in a private vehicle without having contact with anyone, that doesn’t count [as being in that region]. However, if you’ve got on public transport through an area or you have spent time in that area, that counts as having been in that area.’

Again, there is a reliance on the community to declare where they have been when they fill out the declaration form, but Deputy St Pier said this was still a good approach because most people were responsible.

‘There is increased traffic in coming through our ports, not least because of students going back to university, so we felt it was right to give as much notice as possible in case the infection trend does continue and we have to move to a regional classification for England.

‘Anyone planning to travel must do so knowing there are risks that the rules may change while they are away.’

The coronavirus situation can change quickly, and authorities are remaining dynamic in their approach to mitigate risks to the community.

However, this does not change plans for Phase 5c and once the infrastructure is ready, the CCA will look to implement a reduced self-isolation period for people arriving from Group B countries or regions with a test on arrival.

When it came to medical and compassionate travel, president of Health & Social Care Deputy Heidi Soulsby said those areas currently falling in Group A parameters were in the Midlands and northern England.

If that remains the case, the majority of those requiring medical treatment in England will not be affected.

‘However, for those who may need to receive treatment in a Group A region, we will retain the process we have – which is testing on day seven with passive follow-up if they test negative,’ she said.

‘In addition, those needing to travel to a Group A region for compassionate reasons will be considered by Public Health on a case-by-case basis.’