Harrier sighted for only second time

AN UNUSUAL avian visitor was spotted for the second time in Guernsey this week. 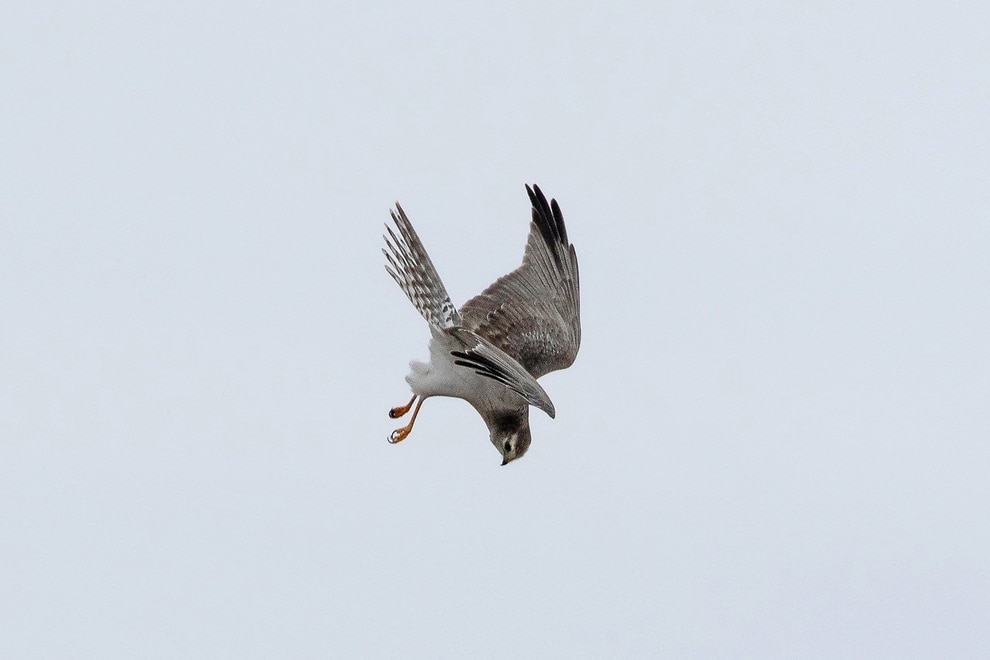 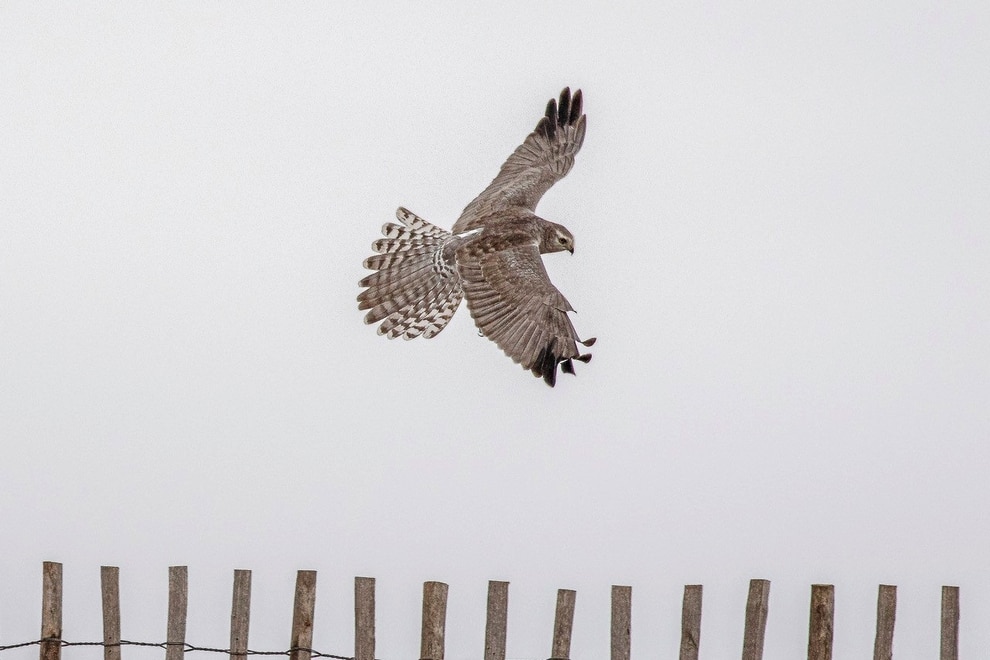 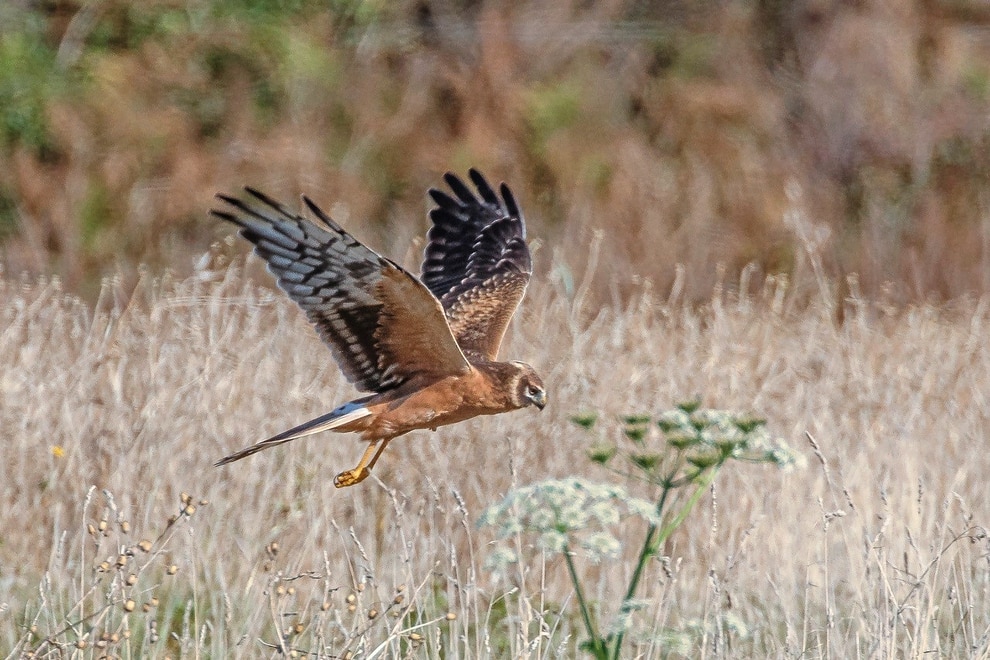 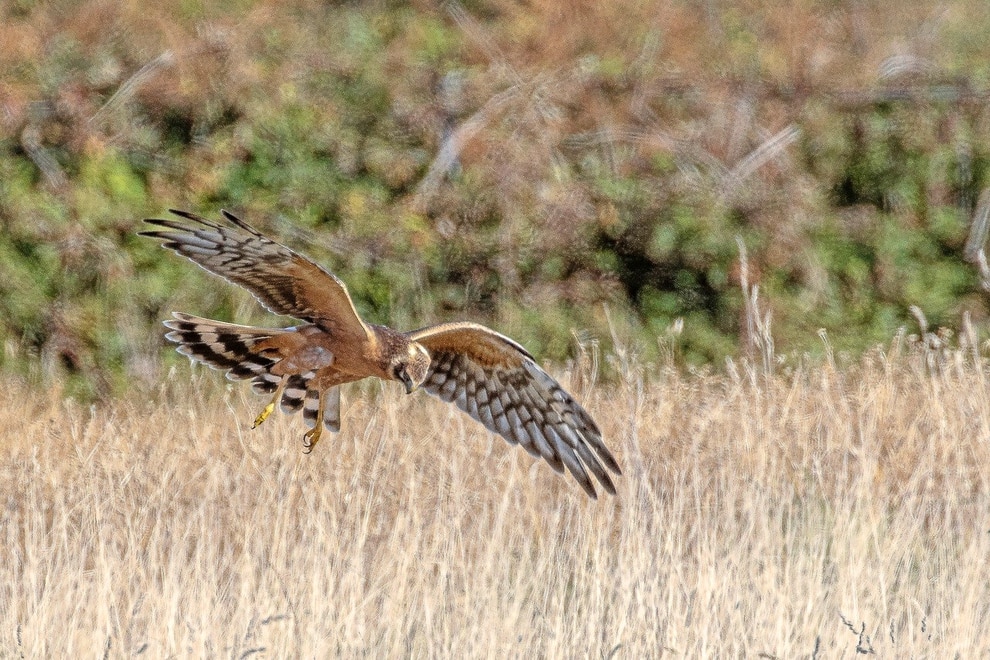 On Sunday he spotted a second. However, both Dave Carre and Jamie Hooper independently reported the same bird first.

Mr Ferbrache said: ‘Seeing another pallid this year was a surprise. However, I must emphasise it wasn’t me who found this year’s bird. But I was so thrilled at the privilege to see it and photograph it.

‘To successfully photograph birds in flight you need a good camera, and a long lens. I have kept my budget to a minimum, and couldn’t justify or carry the size lens some of our guys carry around.’

‘This year’s bird would have been wind-assisted from somewhere in northern Europe, and will probably relocate in the next couple of days with the change in wind direction.’

It is uncertain whether their visits will become more regular.

‘We have seen only a total of two pallid harriers, so impossible to say if and when we might see another one. However, several species are expanding their range.’

Mr Ferbrache said last year’s pallid almost passed him by, after birdwatching at Pleinmont all morning and seeing little of interest.

‘I was just about to give up and go home when I saw crows mobbing something.’

Eventually a completely grey bird of prey took off.

‘I thought it was a male hen harrier, and put the sighting out on our WhatsApp group.’

Expert birder Wayne Turner was nearby. ‘When he saw my photos on the back of my camera, he identified it as a male pallid harrier – a first for Guernsey. I felt totally elated.’

Previously, Mr Ferbrache’s only really rare recording was an over-wintering Wryneck in his garden, which pass through in autumn but never in January.

He has hosted birdwatching courses for 12 years, teaching roughly 250 students.

‘I have been birding 25 years. I ventured out one day to the Vale Pond hide where Vic Froome offered to take me out birdwatching.

'The rest is history as they say.’