'Condor’s shareholder did not fund firm which built Liberation'

CONDOR FERRIES CEO Paul Luxon has said that the Liberation has no problems maintaining its scheduled service throughout the year.

He was responding to Guernsey Press columnist and former editor Richard Digard’s column in yesterday’s edition in which he warned of rough seas ahead for our ferry services.

‘If I may, could I share with your readers, who may have enjoyed yesterday’s column written by Richard Digard, a few points of factual clarification in relation to the article, which hopefully may be helpful for a balanced read of another interesting column from Richard,’ said Mr Luxon.

‘The column itself was well written and interesting, with Richard sharing his personal views along with some assertions and good talking points. I’ve known Richard personally for over 30 years and had great respect for him as the previous GP editor and have equal respect for him now in his freelance columnist role.

‘However, having had a conversation not long ago with him prior to him seeking out a well-earned holiday in Europe, he asked if we could meet up or speak after he returned as he was planning an article on sea connectivity and our ferry operations, and would welcome “bouncing some thoughts” around with me on points relating to Condor Ferries and our fleet.

‘I readily agreed, but haven’t heard back from Richard, although I know he intended to get in touch because he mentioned he would to one of my colleagues.’

Mr Luxon thought that the ‘...some rough seas...’ column was an interesting read.

‘However there are a few assertions of fact which are incorrect and so may have slightly misled his readership inadvertently. I’m happy to clarify those points for readers to have a chance of a balanced read and more insightful appreciation of the facts,’ he said.

‘Condor’s shareholder had no involvement in the funding or financing of the company which built Liberation. She was built by Austal as part of their leisure passenger ship building programme and was eventually purchased by Condor to replace Vitesse and Express when they reached the end of their serviceable life on the challenging northern route linking Guernsey to the UK.

‘Liberation doesn’t experience problems maintaining its scheduled service throughout the year and her harbour-recorded punctuality stats lay testament to this point.

‘The scheduled boarding times were not introduced to benefit the company, they are simply the timings determined to shorten the overall travel time for our passengers travelling from Poole to Guernsey or vice versa and are equivalent to the boarding times for Rapide and our previous high speed vessels.’

He said that fast turnarounds in each port with small and challenging marshalling areas is problematic, but Condor and other operators interact to quicken this process as much as is possible.

‘Build timelines for a new high speed craft are actually two years, not three years, and Condor constantly monitors the international shipping register for any existing suitable vessels that could operate in the very small and challenging Guernsey and Jersey harbours.

‘Construction timescales for conventional ships similar to Clipper or Goodwill are actually a maximum of three years, not three to four, and in fact we would anticipate a 2.75-year build for a replacement Clipper-like vessel.’ 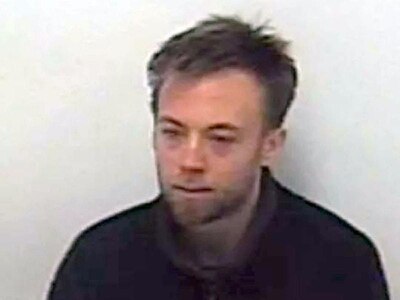