Medieval times return to Castle Cornet for the day 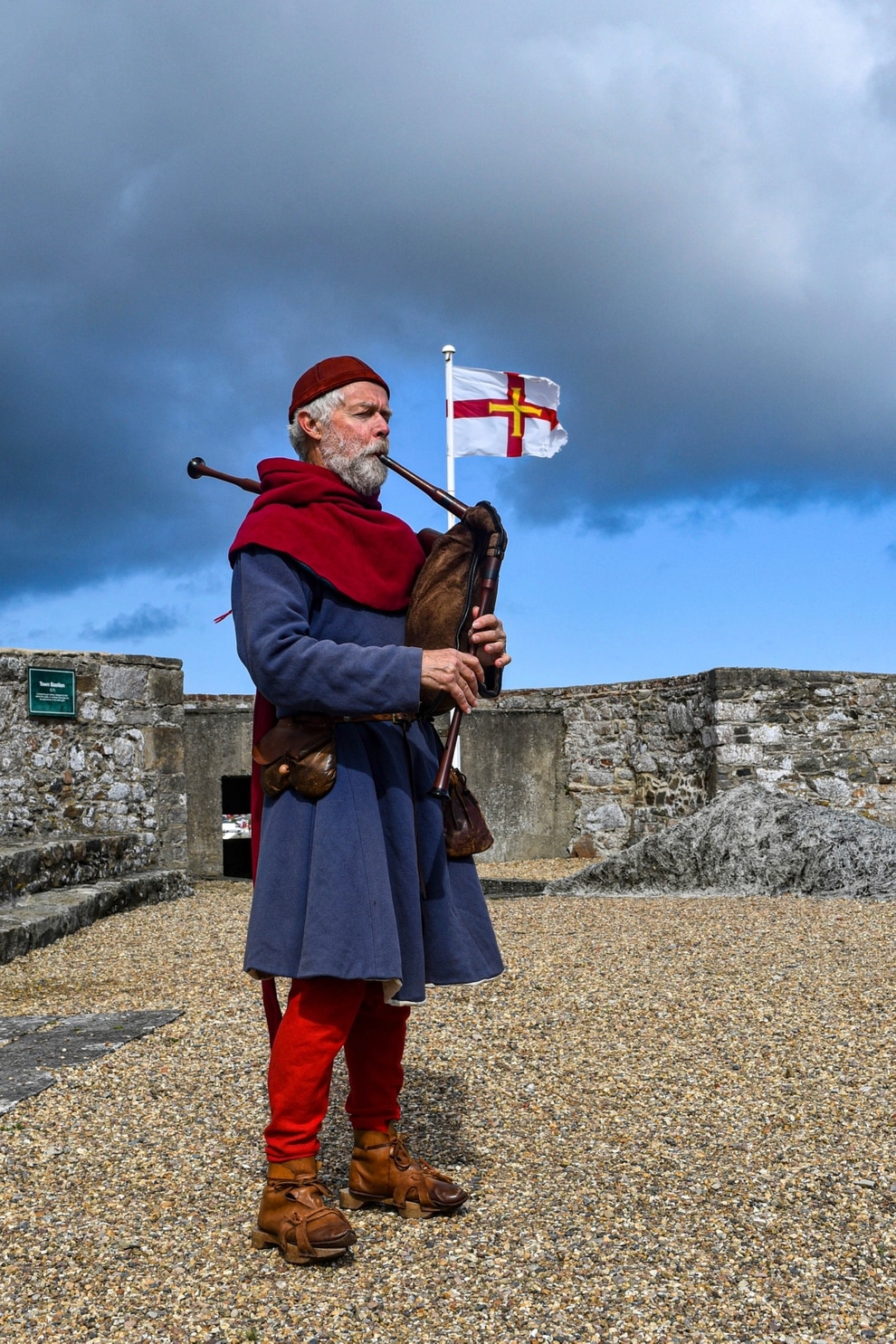 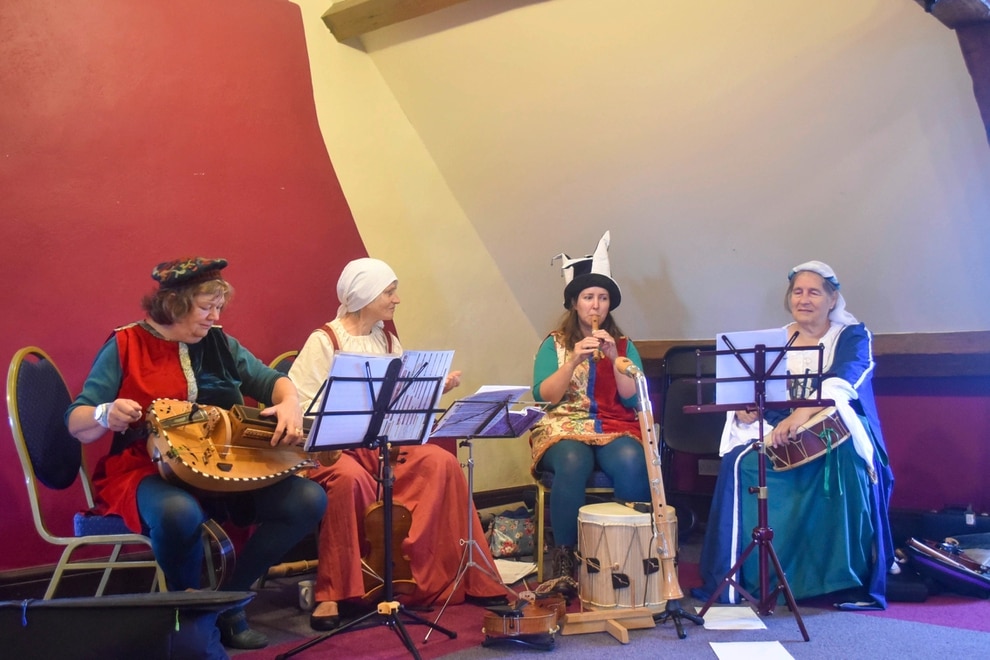 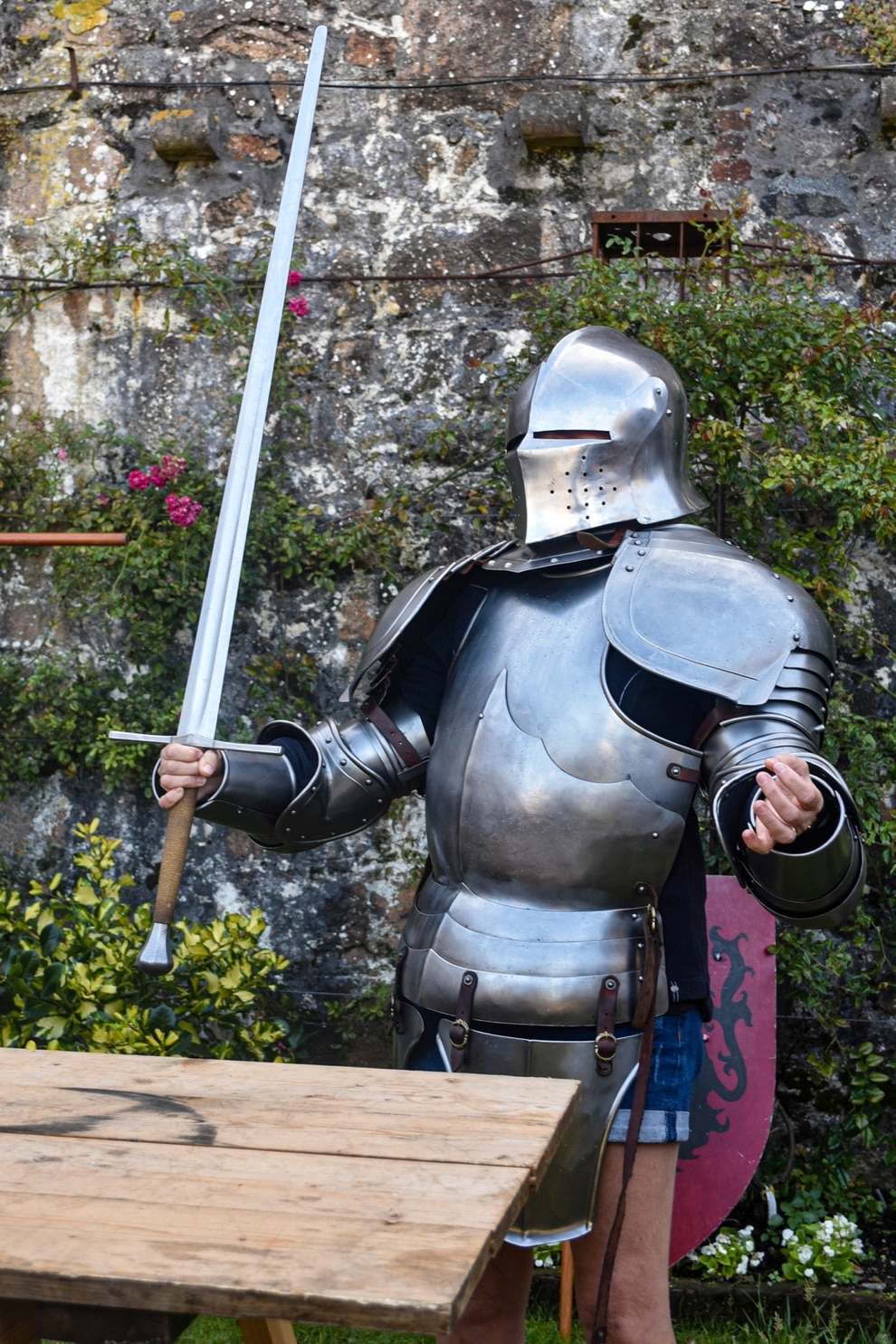 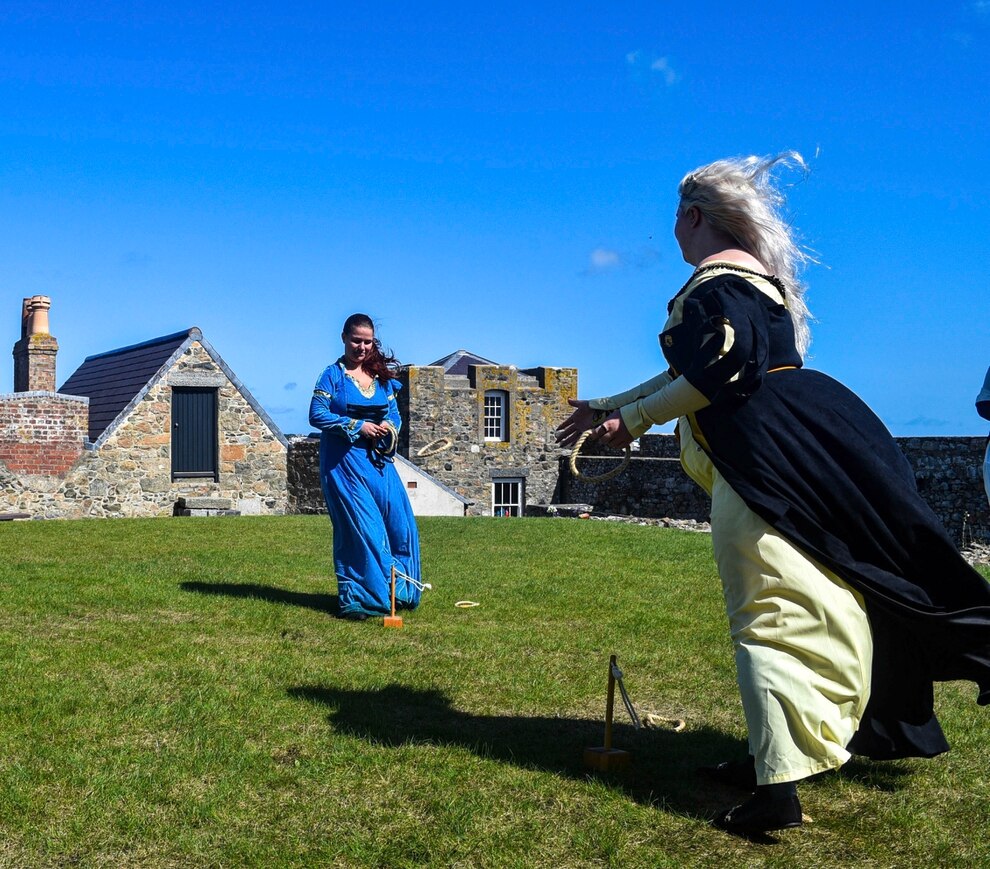 Katie Russell, left, and Beth Leale playing a medieval hoops game whose name is not known.

With the event coinciding with the visit of cruise liner Crown Princess, a lot of visitors to the castle were passengers who were surprised to find that there was a lot more to see than the usual museums.

Making a return visit to the castle was storyteller and musician Richard York, who between telling tales performed on a Celtic harp and a set of medieval bagpipes – ‘sensible bagpipes’, as he called them, since they are somewhat less harsh on the ear than the Scottish variety.

He said he told a wide variety of different stories, but given the nature of the event he focused on a specific type on this occasion.

‘Of the stories I tell, some were written down in medieval times, but obviously I don’t do them exactly as they were written,’ he said.

As well as Mr York’s music, there were tunes from a small group of medieval musicians, the Hannekin Players.

Jean Mills played the most unusual instrument in the group, a hurdy gurdy, which she said was called La Chifournie in Guernsey-French.

Regular attendees at the event were Tol Galen, a group of local enthusiasts who brought along some of the weapons and armour they had collected and who also gave combat demonstrations.

Budding knight Oliver Munro, 6, did not take much persuasion to try on a helmet belonging to one of the group, which added an authentic touch to his own outfit.

‘It felt really heavy,’ he said.

Grown-up French visitor Sophie Margat went several degrees better, and ended up trying on most of the suit of armour being displayed by the group’s Anthony Le Conte: ‘It didn’t feel comfortable,’ she said.

Elsewhere three group members were displaying something rather more genteel ahead of the combat demonstration, with a ring-toss game being played by two women in full medieval dresses.

Tol Galen secretary Lucy Bourgaize said they did not know the name of the game, but it was seen in those days as something more suitable for the ladies to do.