We are protecting sites of biodiversity, says E&I chief

MEASURES brought in to help protect sites of biodiversity importance are consistent with States-agreed objectives, according to the Environment & Infrastructure president.

Barry Brehaut said his committee was generally supportive of how the policies implemented through the Island Development Plan were working in practice.

Responding to the Development & Planning Authority’s annual monitoring report, Deputy Brehaut said concerns raised about areas of biodiversity importance (ABIs) and over-development in the north of the island were not supported by evidence.

‘The committee recognises that the ABIs were proposed and designated through the IDP process and their purpose, with the appropriate level of protection, has been established through public inquiry and approved by the States,’ he said.

‘There is no evidence that policies are not performing exactly as was intended by the designation and provide the level of protection intended when the IDP identified the ABIs and formed policies accordingly.’

‘The two-level approach to the protection of biodiversity continue to adequately fulfil the objectives of the SLUP.’

‘There appears to be a general misunderstanding of the purpose of ABIs and their importance relative to Sites of Special Significance,’ said Deputy Brehaut.

He also said there was ‘no evidence to suggest’ that the spread of development was creating blockages to the States’ 20-year vision.

‘There is no evidence of need to re-visit the States’ clear decisions of policy principle in terms of the spatial distribution of development and no evidence to suggest that the SLUP and its spatial strategy are hindering delivery of the States priorities as set out in the P&R Plan. There is not, therefore, any identified need for the States to amend the SLUP at this time,’ he said.

‘Despite the SLUP being approved by the States in 2011 – voted for by all but one deputy – and the IDP being certified as consistent with the SLUP and approved [unanimously] by the States in 2016, concerns have been informally voiced, based on anecdotal evidence, about the perceived ‘overdevelopment’ of the north of the island and how this may be being exacerbated by the spatial strategy of the SLUP.

‘Overall, there is a general misunderstanding that most development is happening in the north of the island within the Main Centre and Main Centre Outer Area of St Sampson/Vale.

‘Analysis and factual evidence show this to be incorrect and no evidence has been provided to substantiate comments made.’

Deputy Brehaut said the report contained some ‘very comprehensive and valuable information’ and that he would like to see it go to the States as an appendix report. 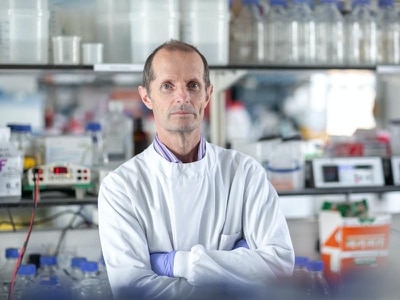