A SMALL flock of rare Balwen sheep is the latest addition to the Accidental Zoo. 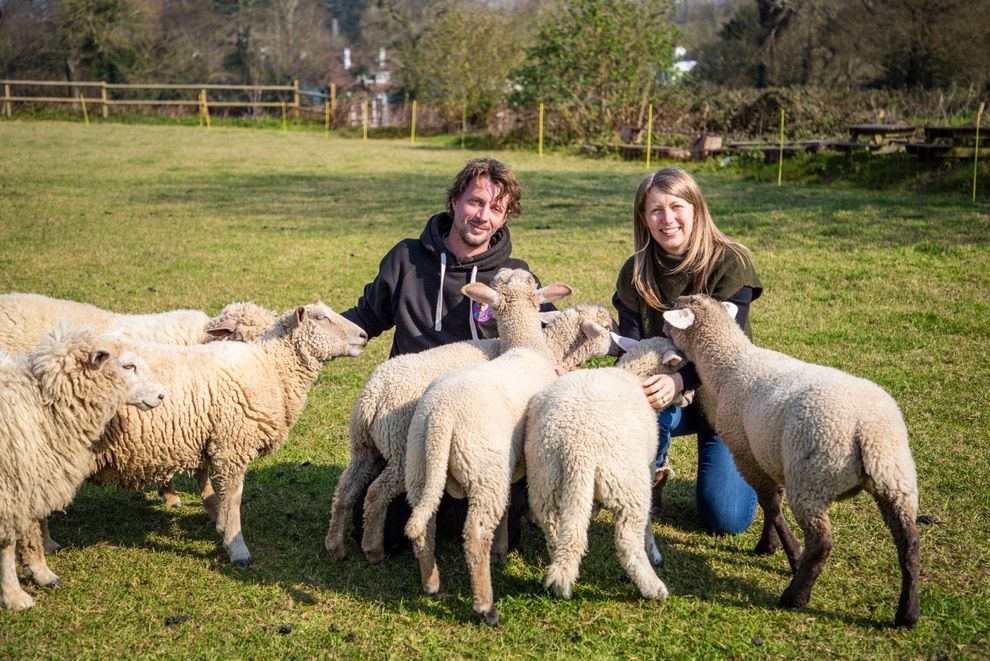 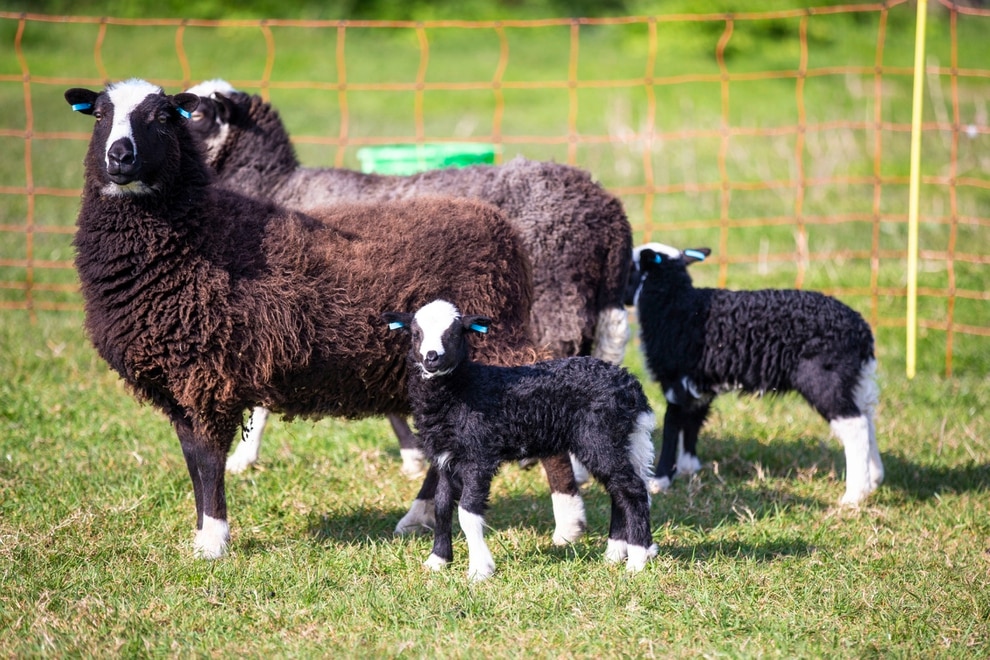 The family-run smallholding in Castel has about 130 animals of all sizes, from reptiles and snakes up to ducks, pigs and chickens.

They are cared for by couple Ryan and Charlotte Le Guilcher, with help from daughters Izzy, 9, and Tilly, 7.

The black sheep are a Welsh breed, normally kept for their meat.

‘There is a small flock on Guernsey, so we spoke to the owner and she let us have some,’ Mrs Le Guilcher said.

The lambs are only a few weeks old and are keeping close to their mothers in their own enclosure.

The Le Guilchers already had a small flock of white Romney Charollais cross sheep, which they helped hand rear. That meant they were very tame, but the new Balwens are a bit more cautious at present.

‘They are settling in well and they seem quite happy,’ Mrs Le Guilcher said.

The lockdown has not impacted on the animals’ care, with the family able to get animal feed from Gaudions while maintaining social distancing measures.

‘We have enjoyed having more time outdoors with the animals and it’s also nice to be doing more as a family together,’ Mrs Le Guilcher said.

Many islanders became aware of the smallholding during last summer’s very popular open days, when islanders had a chance to meet the animals and learn about them.

Teaching islanders about animals is an important part of the Le Guilchers’ aims.

The new sheep will help the family show people the differences between two different breeds of sheep.

Mrs Guilcher said they were keen to do open days again once it was safe.

‘We had planned to do six open days over the summer,’ she said.

‘Everything was ready to go. They were such a success last year.’

She said they might put them back to the autumn, if things had settled down by then.

The Accidental Zoo team is also keen to engage more with the community, once the risk of coronavirus has passed.

Mrs Le Guilcher said they had been working with Education to look at ways of helping teaching KS1 and KS2 children about animals.

They have also been talking with the social prescribing team about using the smallholding to help improve people’s mental health.

The Balwen mountain sheep originates from a small area of Wales, the Tywi Valley.

It is a small hardy breed that is easy to handle and its attractive markings often catch the eye of passers by.

During the disastrous winter of 1947, the breed was nearly wiped out with only one ram surviving.

During the 1950s and 60s a steady increase took place and, by the 1970s, people outside the valley began to take an interest in the breed.

Although numbers continue to increase steadily, the sheep continues to be on the Rare Breeds Survival Trust’s watch list.