GOOD progress is being made in exploring the prehistoric site at Sandy Hook, but little has been found so far. 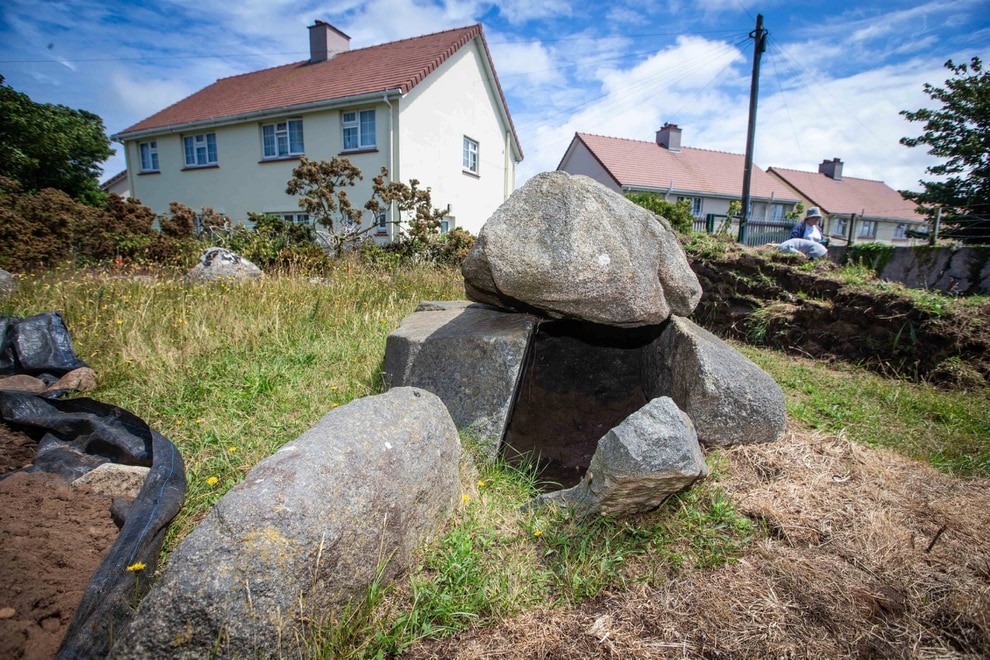 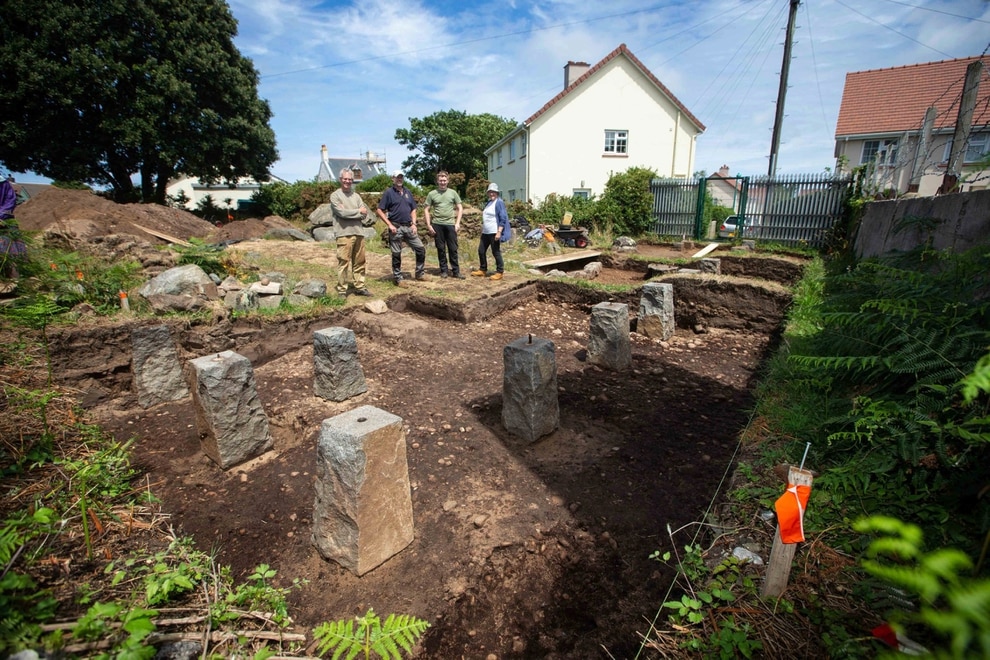 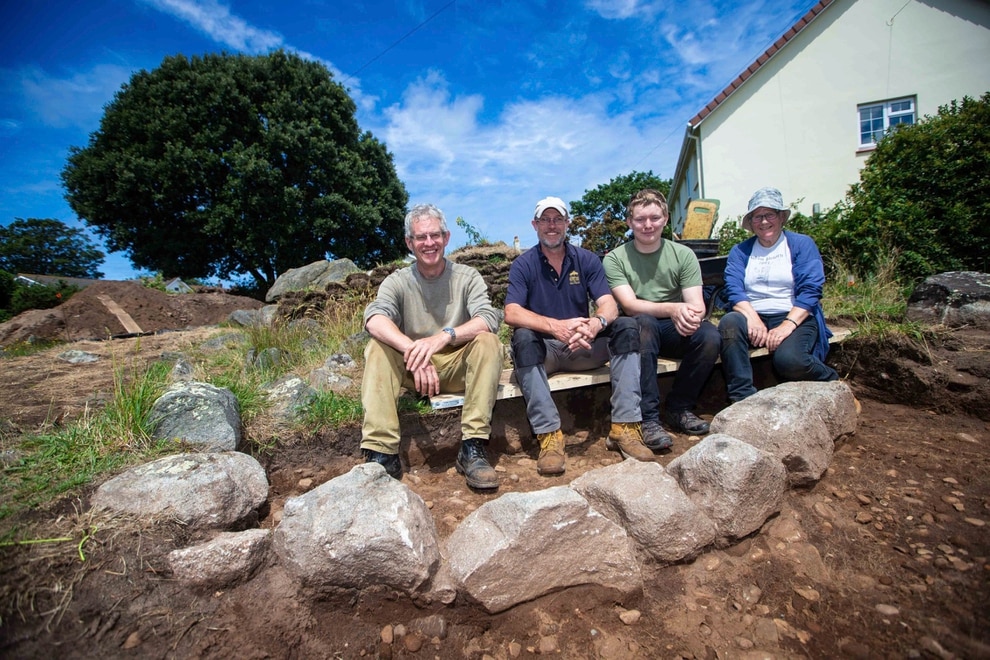 A team from Guernsey Museums has been hard at work on the Bronze Age dolmen site for more than six weeks and has cleared a large area, part of which could be covered by a Guernsey Housing Association development in the future.

The cist-in-circles has been dug only once before – in 1912 – so it was hoped there would still be a lot to find.

However, States archaeologist Phil de Jersey said they had discovered very little so far, apart from modern rubbish and a little pottery and flint.

‘We are now getting to the important bit, where the access road [for the new housing development] is going to go,’ he said.

‘We know the little arch of stone and one big stone are prehistoric [in this area] and are where they would have originally been, as we have pictures from the 1912 excavation.’

The team are now working down to the prehistoric level, which is more than a foot below the surface.

One obvious find has been the granite setts, which were used to hold railings around the monument. They cost £70 to install in 1913 – which would be about £14,000 today. The railings have been gone since about the 1970s, but the granite remained just under the surface.

The lack of finds does help the archaeologists deduce more about the site.

‘It is a good indication that people were not living around here,’ Dr de Jersey said.

‘We would have expected to find much more if they were living here. It is not good soil, so that’s why it might be seen as a good place for burial.’

About 100,000 years ago, when sea levels were higher, this area was the shoreline and there is a raised beach just beneath the surface of the sandy topsoil. This is the same beach people see in the earth banks at the start of the Lihou causeway.

The excavation has found that the dolmen stones are placed directly onto the beach. The raised beach has created some challenges for the diggers.

‘It is very difficult to clean the area,’ Dr de Jersey said.

‘It does not help that the sand blows back onto it. But it is quite interesting geologically. What we might do is try and dig through it in one area and see what is underneath. We know there is likely to be evidence of human occupation under the beach, but the chances of actually finding it are very slim.’

Once they have finished in the dolmen enclosure, they will dig test pits in the field to the south and do a geophysical survey.

The archaeology team would normally be gearing up for a busy summer, but Dr de Jersey said Covid has disrupted their plans. A planned dig on Longis Common in Alderney has been postponed because UK experts are unable to travel to the island without quarantining.

Clifton Antiquarian Club members have become regular visitors each summer, carrying out digs in Guernsey. But the Bristol group has had to postpone its plans to dig on L’Ancresse Common this September, again due to the quarantine requirements.

Dr de Jersey said he hoped both digs would go ahead in the future.

Shoals of bluefin tuna sighted to north of Guernsey