CONSTANT roadworks and diversions have killed business at the Halfway Cafe, its owner said as he announced its impending closure. 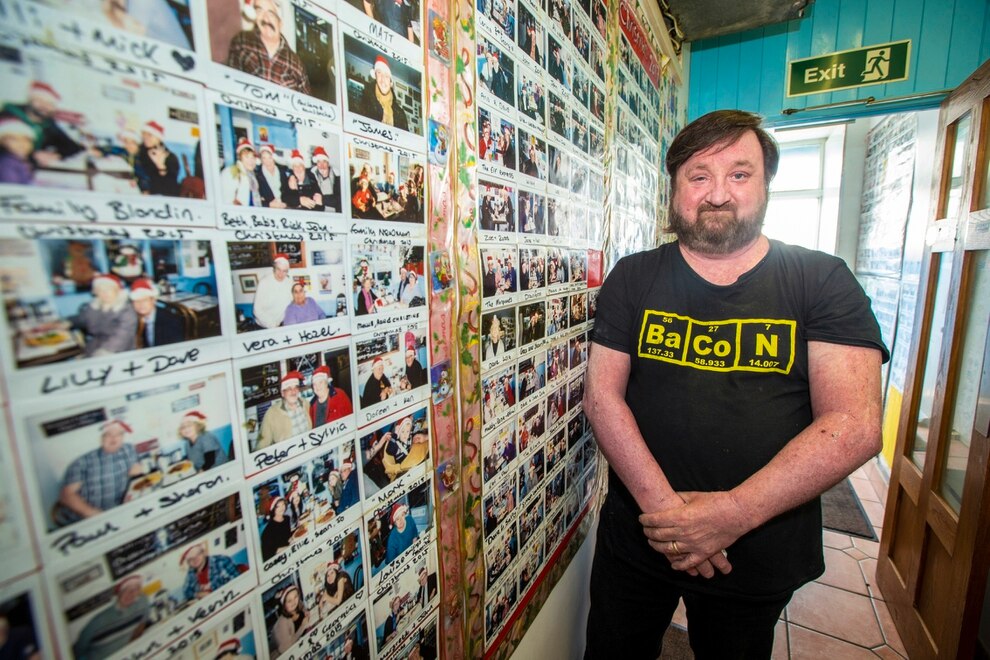 Richard Crook, owner of The Halfway Cafe, has had to close his business due to constant hurdles of road closures and diversions around the cafe over the years. (Picture by Sophie Rabey, 28678647) 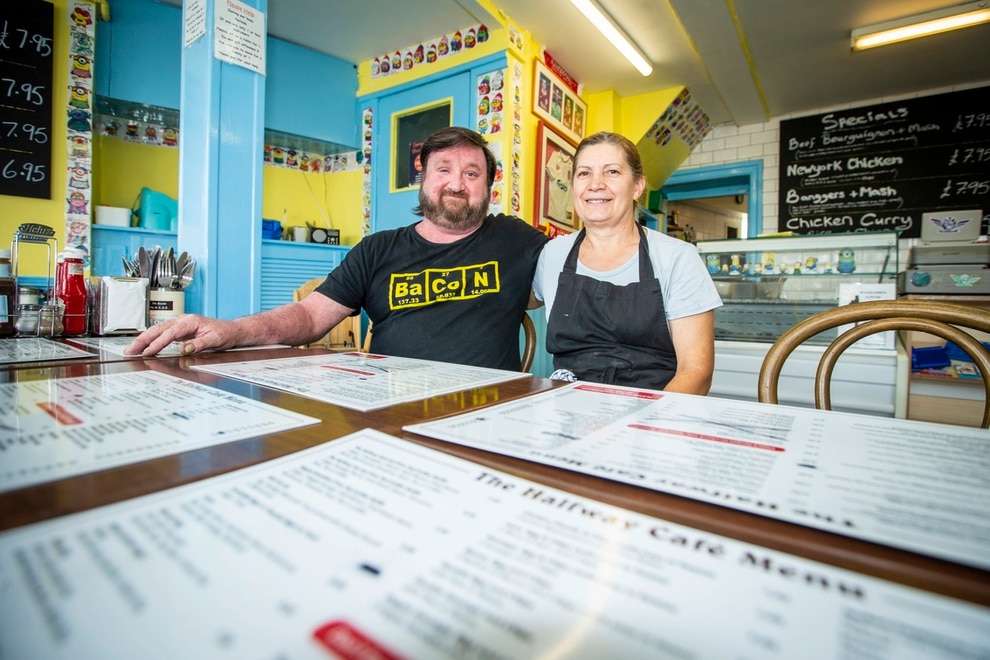 Richard Crook, owner of The Halfway Cafe, with his one member of staff, Anna Carimara. (Picture by Sophie Rabey, 28678632)

Richard Crook says he poured his heart and soul into making the cafe a friendly place to go, making diners feel more like family than just customers.

‘My landlord has been fantastic,’ he said.

‘When he asked me to take it over again eight years ago I said I didn’t have a penny to my name and he helped me kit the place out and get going again. He gave me two years to pay him back – and I did it in six months.’

But since then, roadworks in Le Bouet, Route Militaire and Vale Road have had a huge impact on the number of customers walking through the door.

Originally starting with nine staff and four part-time, the cafe is now down to skeleton staff with just Mr Crook and the chef Anna Carimara. The cafe was closed during lockdown and reopened on 1 July.

‘I came back with renewed hope, fresh energy and positivity, but just over a week later I saw signs for the road outside to close and it just broke my heart,’ he said.

That is when he made the decision to hand in his notice and close down.

‘I am not the only one that these road closures affect, but I can’t take any more.

‘There is a noticeable difference in takings when the roads are up,’ he said.

‘If work needs to be done in Town, there seems to be people working day and night to get it fixed, but it seems like the same priority is not given to other parts of the island – it’s a real shame and it’s killed my business.

‘I’m having to shut my business, I’ve lost my livelihood, I haven’t got a clue what I’m going to do, but the States don’t seem to care that they’ve done this to me.’

Mr Crook used his life savings to pay his staff’s wages for as long as possible.

In the end they each moved on to other jobs, knowing how difficult it was for Mr Crook to keep the business afloat.

A cafe has been in that spot for 40 years now, and the Halfway Cafe had loyal customers who were ‘gutted’ to hear the news.

Sue Prigent and Rose Knight were regular customers, and their families appeared on some of the 2,000 polaroid photos that line the cafe walls.

‘We love it here, we’ve been coming for years and years, it’s such a friendly place, with good cooking and great prices,’ Ms Prigent said.

‘It’s a real shame that Richard has had to close like this.’

Marina Gallienne shared the same opinion, saying she knew lots of people that came and enjoyed the food.

'We do our best to limit impact of road closures'

TRAFFIC & Highway Services says it does its best to limit the impact of road closures.

A spokesperson said that it appreciated that 2020 has been a challenging time for many businesses, especially during the period of lockdown.

‘We do our utmost to limit the impact of road closures on all businesses and residential properties and always maintain access to and from properties in all but exceptional circumstances.

‘It is accepted that the Vale Road has had a number of closures in recent years, including some long-term essential service projects and a number of emergency closures.

‘However, pedestrian access for cafe customers has been maintained at all times. At no point has the front been closed to all traffic. All projects have been co-ordinated within agreed roadworks policies with joint working taking place between contractors where practicable.

‘Roadworks are regrettably a necessary inconvenience as they enable provision and maintenance of the essential services that we all rely on.’ 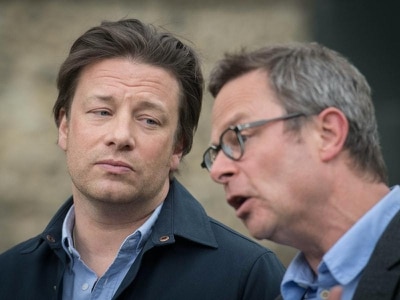